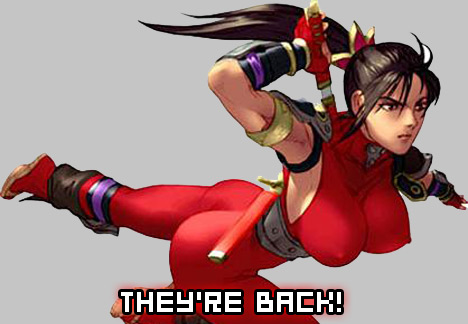 1UP, the Interweb component of Electronic Gaming Monthly, has word from their forbidden ink-and-paper lover that next month’s issue will reveal Soul Calibur 4, the latest title in Namco’s long-running phallocentric fighter series.

Genre fans have long been waiting for this announcement as the recent titles in the Tekken, and Virtua Fighter series (those other 3D fighters), have been mainly rehashes of previous ideas. One hopes Namco doesn’t fall into the same trap with the reincarnation of Soul Calibur, but according to this guy I just asked on the subway, “Whassa Sour Cabaler?”

Filed under... #Animals#Cooler than the other side of the pillow#Soulcalibur#Zombie