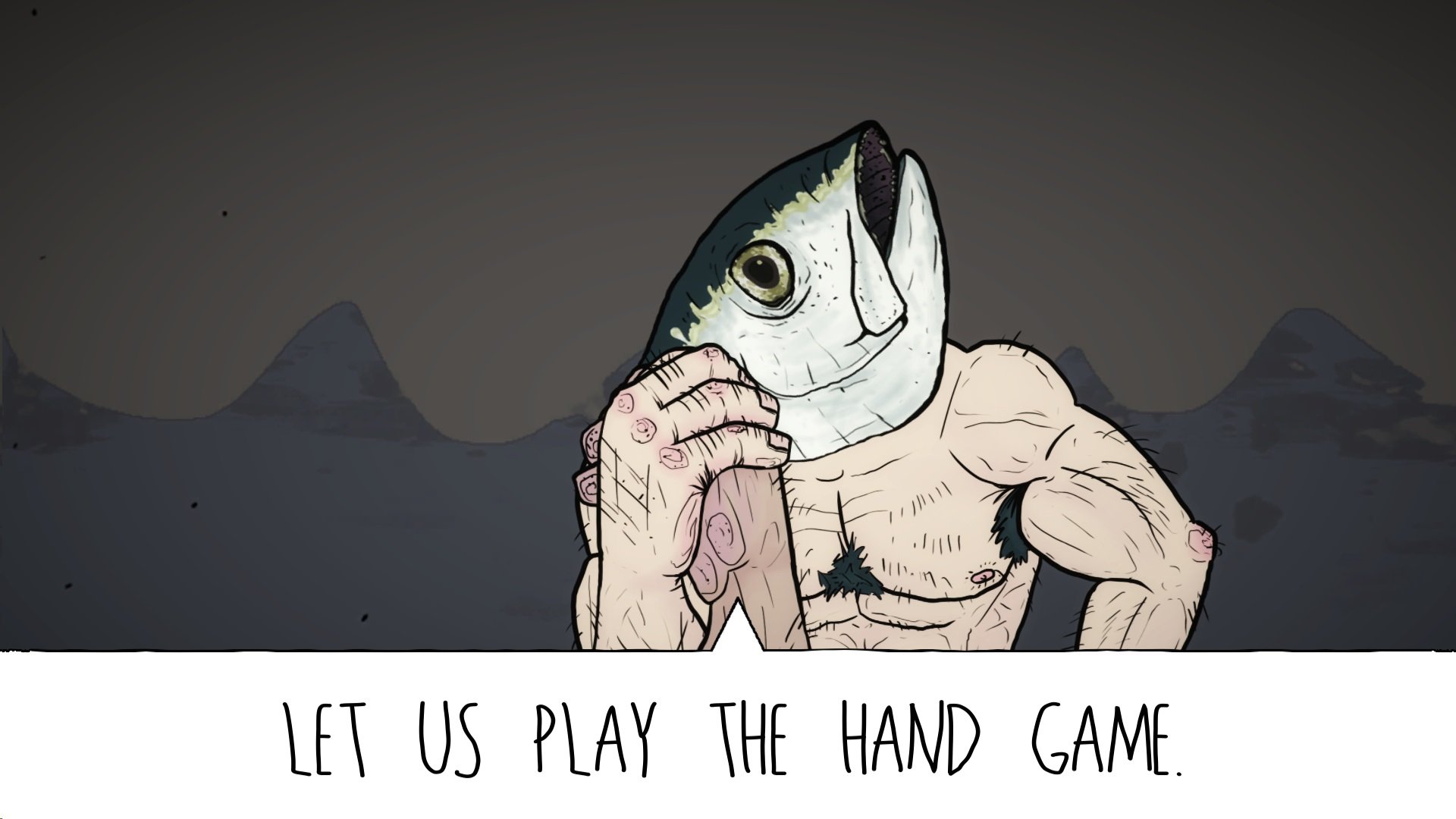 This would have helped so much in school

The Old Man and The Sea is a 1950’s novel from renowned author Ernest Hemingway about excessive hyper masculinity and an unflinching determination to achieve success rather than accept futility in tough times. Having gone 84 days without catching a single fish, our elderly hero spends three entire days with one stubborn fish on his line, determined not to let it escape his clutches.

What better way to revamp the narrative for a modern audience than adapting it into an indie game about arm wrestling topless, hyper muscular anthropomorphic animals?

The Old Man Club takes many of the hyper masculine traits that existed within the original novel and plays them up, creating a critique of stubborn hyper-masculinity through visual design. You sit down at a table in an old tavern and challenge this fish, with a body that embodies everything traditionally masculine in design, to an arm wrestling contest.

The only way to win is to show your strength, your determination and your sheer stubborn refusal to be beaten. Go on, click as fast as you can for as long as it takes.

The idea of the game seems to be to distill The Old Man and The Sea down to its base comments on masculinity, then critique that search to prove masculinity through aggression as ultimately unrewarding. Through some interesting use of mechanics it builds up the idea that sometimes, no matter how stubborn you are, you just can’t find fulfillment by stubbornly fighting past every problem. It’s a mechanically interesting game, as well as providing both a condensed adaptation of the source novel and a critique on its conclusions. Pretty smart for a game about arm wrestling a giant fish.