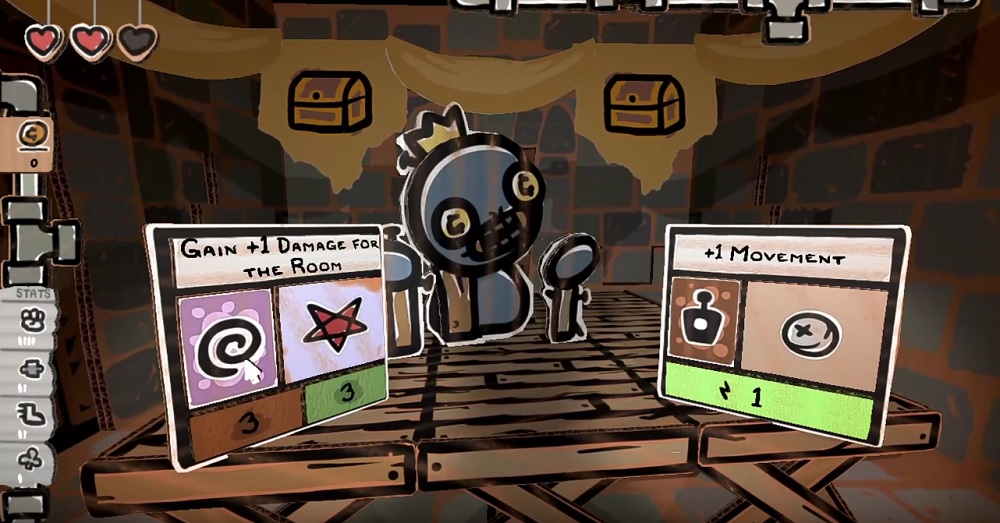 Those of you hoping to learn a little more about Edmund McMillen’s fecal RPG The Legend of Bum-bo will be pleased to hear that the Super Meat Boy co-creator has released a new gameplay video, in which McMillen guides through the first stage of his upcoming adventure.

The 15-minute-plus video gives us a look at some of The Legend of Bum-bo‘s characters, combat mechanics, and general moment-to-moment gameplay. We also get to soak up Bum-bo’s delightful “corrugated cardboard” visual style while listening to a sample of the soundtrack, composed by Ridiculon, who also brought us the great score for The Binding of Isaac expansions.

The final game, which officially launches next month, also promises four player characters, over 30 enemies and around 100 items to collect and modify for all your gross questing needs. From this video, I think it’s shaping up to be an engaging adventure title with a very unique aesthetic, even if it’s an aesthetic that turns my stomach a little. Bleurgh.

The Legend of Bum-Bo launches on PC via Steam November 12. A mobile port is expected at a later date.