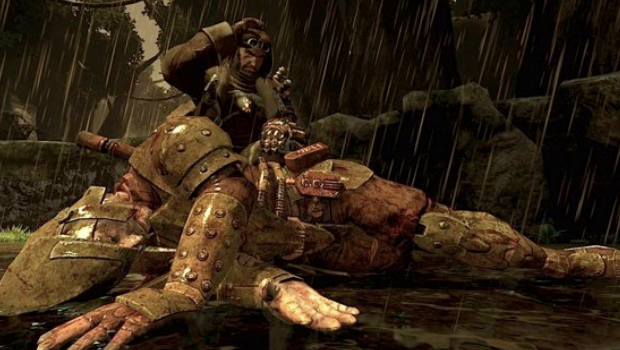 Promising Steampunk action game Edge of Twilight is back in development with the newly branded Fuzzyeyes Entertainment Limited. The game, long thought dead, was resurrected in 2011 and has been silently worked on since.

In a press release, Fuzzyeyes revealed that Edge of Twilight has been revamped, and is now envisioned as a series instead of simply a standalone game. The first game is nearly completed, and seems ready for an imminent release.

Edge of Twilight is set in a world separated into a light and dark realm, each ruled by a unique species. The player character is a half-breed, with two unique forms, though he’s shunned by both societies. The title was originally to be developed by Southpeak, but following financial troubles and legal disputes, development was postponed.

As one of the game’s most vocal supporters, I could not be happier with this news. This is incredibly exciting for me. Now I just have to hope the long, long wait was worth it!