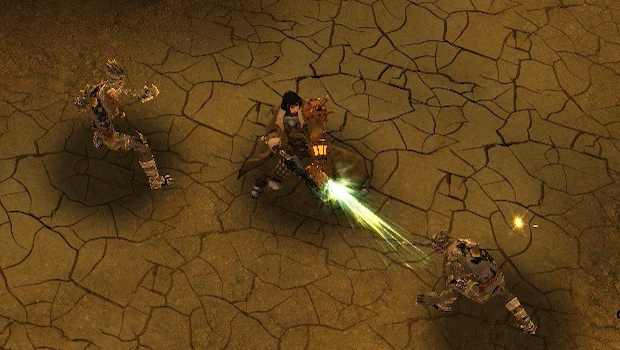 Two mobile games, one console game, all on the horizon

Edge of Twilight developer Fuzzyeyes has revealed to Destructoid that it will release a second Edge of Twilight iOS game following Athyr Above, which launched yesterday. This game will be a prequel, and aims to explain the game’s racially charged world.

“Its a story-orientated game which is aiming to provide stories about what happened ‘before’ Edge of Twilight, how the Athern and Lithern kill each other,” explains the studio. “We are are hoping to have it release before Q1 2014.”

So, Edge of Twilight consists of four games at the time of writing — an endless runner, Athyr Above and the unnamed prequel on iOS, and the main game scheduled for release on Xbox 360 and PS3. You wait ages for a game, then three come along at once.

Filed under... #Exclusive on Destructoid#iPad#iPhone#Mobile gaming