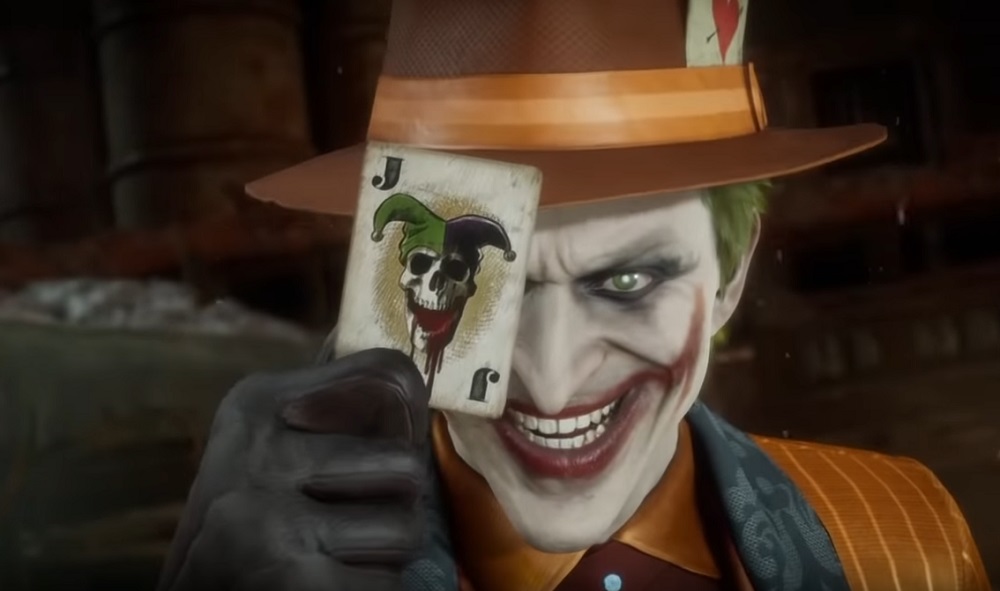 DC Comics’ Joker isn’t even live in Mortal Kombat 11 yet, and already The Clown Prince of Crime is making mischief. In a recent clip on the MK Twitter, Joker is seen preparing to square off against himself, and is bemused by his mirror image. “Only two of us? What an injustice!” Joker cries. To which his doppelganger replies “Imagine what we could do with a third…”

This exchange immediately led to some folk springing to the conclusion that a third title in the Injustice series (also developed by NetherRealm Studios) is currently in development. But MK co-creator Ed Boon took to Twitter a little later to stifle that rumour, stating, “This Joker dialog is not hinting at anything related to Injustice. Any reference is purely coincidental.”

Coincidental? Well, hardly. The reference is clearly intentional. But was it an Injustice 3 confirmation? I doubt it. NetherRealm and Warner Bros. have both gone on record on how much they are backing Mortal Kombat 11, with big plans from both a DLC and competitive scene standpoint. Personally, I’d be surprised if NetherRealm were working on anything other than MK 11‘s future right now.

Speaking of Joker, MK fans will get the opportunity to see the colourful psycho broken down in detail this afternoon, when NetherRealm streams its first Kombat Kast of 2020. The stream begins at 13:00 PT / 16:00 ET / 22:00 BST, and will take a long look at Joker, his moves, gear, finishers, kombo potential, and more. You can watch it live over on the NRS Twitch channel.

Joker joins Mortal Kombat 11 for Kombat Pass holders on January 28, before hitting the in-game store on February 4. Mortal Kombat 11 is available now on PS4, PC, Xbox One and Nintendo Switch.