Do you ever go trawling through Steam’s Upcoming section looking for anything that stands out?

It can feel like a game in and of itself to find gems buried beneath the mountains of similar genres, art styles, and mechanics. But while I can be pretty picky when it comes to console games, on PC, where demos are much more widespread, I’m a bit more open-minded about what qualifies as “good enough.”

Whereas I might want a second, third, or fourth opinion before trying a random game on the Switch eShop, when it comes to Steam, I’ll dive right in, no questions asked – my library is already a mess.

Last night, that mindset led me to Ecosystem, an oceanic life simulation game about to hit Early Access on March 16. Admittedly, I’m a sucker for these sorts of casual sit-back-and-watch-the-chaos sims.

Ecosystem lets players drift through the ocean, spending largely passively-earned points to plop down a multitude of plant species and freaky creatures – I hesitate to call them “fish” – that will then spread.

You’ve got a fair amount of insight into which plants are suited for which type of terrain (which you can “paint” and mold to your liking), and initially, I just got a kick out of seeing new gardens pop up. It was relaxing to chill out and glide through the water after not being able to visit the coast at all last year.

Then I added a bunch of plant and animal life without paying attention. And then I lost control.

According to designer Tom Johnson, “Ecosystem isn’t just a video game version of the laws of ecology with pre-made fish models. The simulation actually determines the creatures in the game: their bodies, how they swim, and how they think and behave. […] To swim, creatures don’t just play an animation. They move like real sea-life, applying torque at their joints to push against the water in a way coordinated to propel themselves forward.” The results of these rules are, in a word, unsettling.

45 minutes into my simulation, I had created monsters the likes of which you’d typically see in a Twitter thread highlighting the cursed exploits of a deep-sea fisherman whose camera should be confiscated.

Please enjoy the miracle of life in my ecosystem while listening to this rendition of “Dire, Dire Docks.” 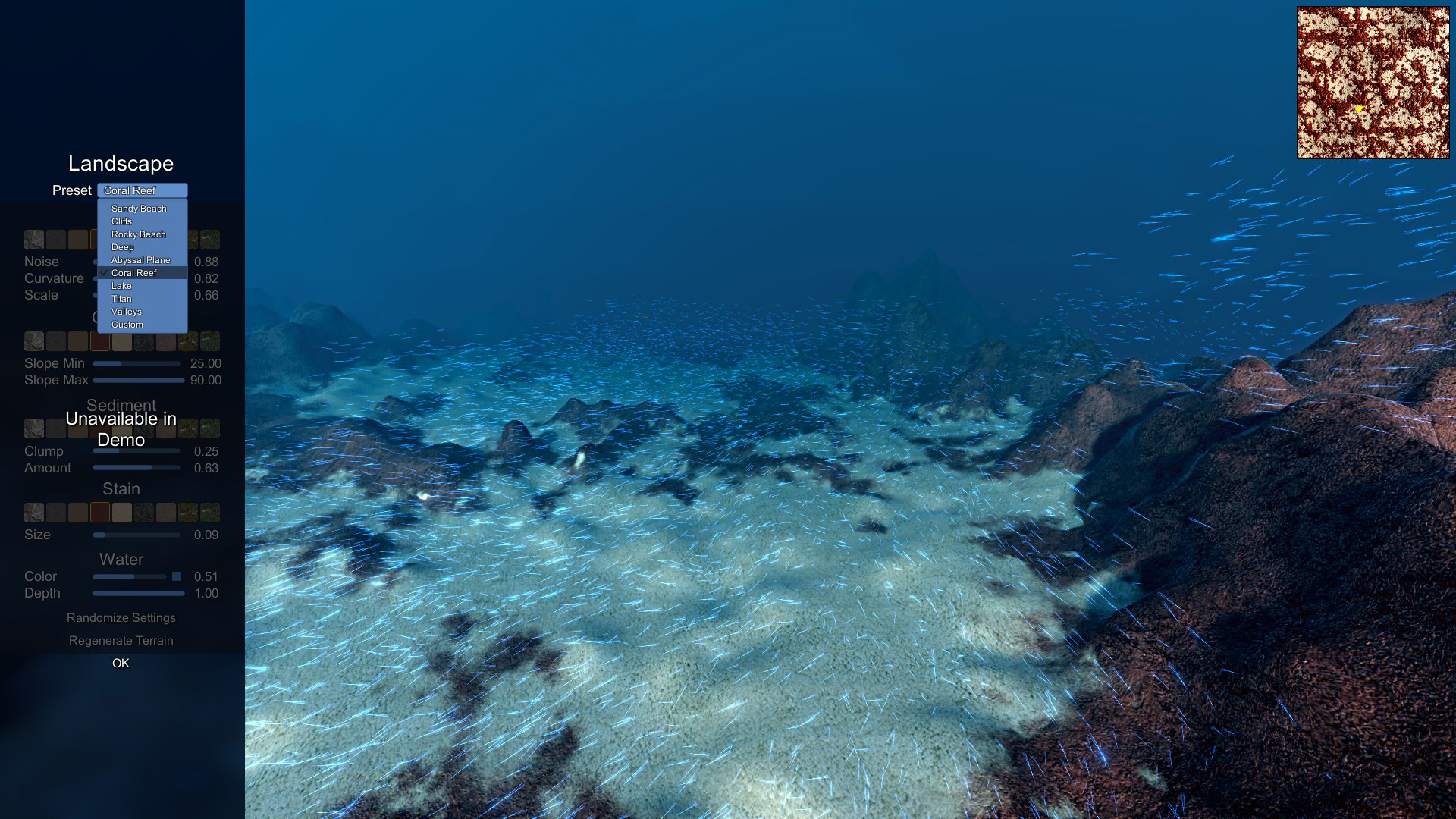 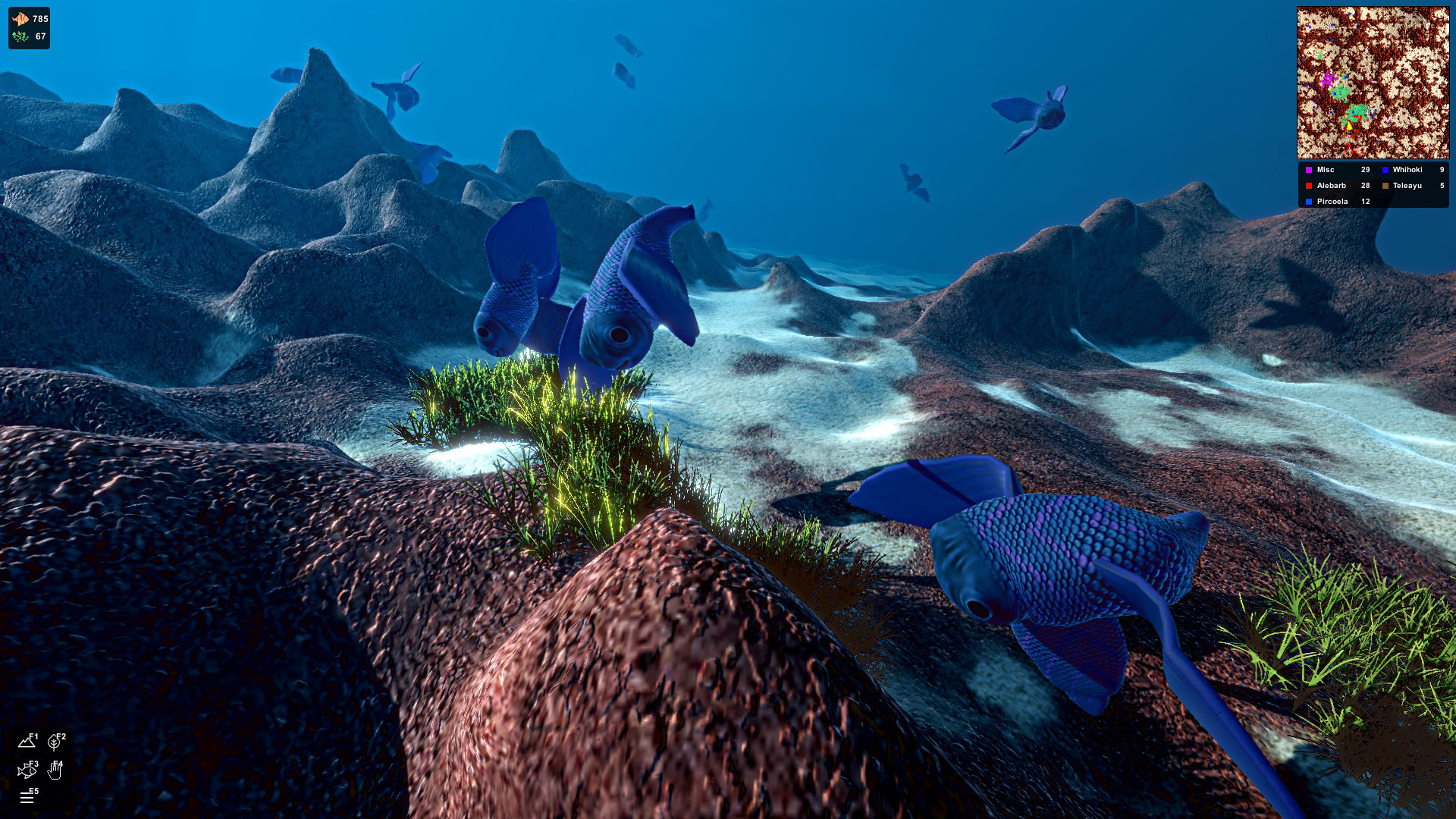 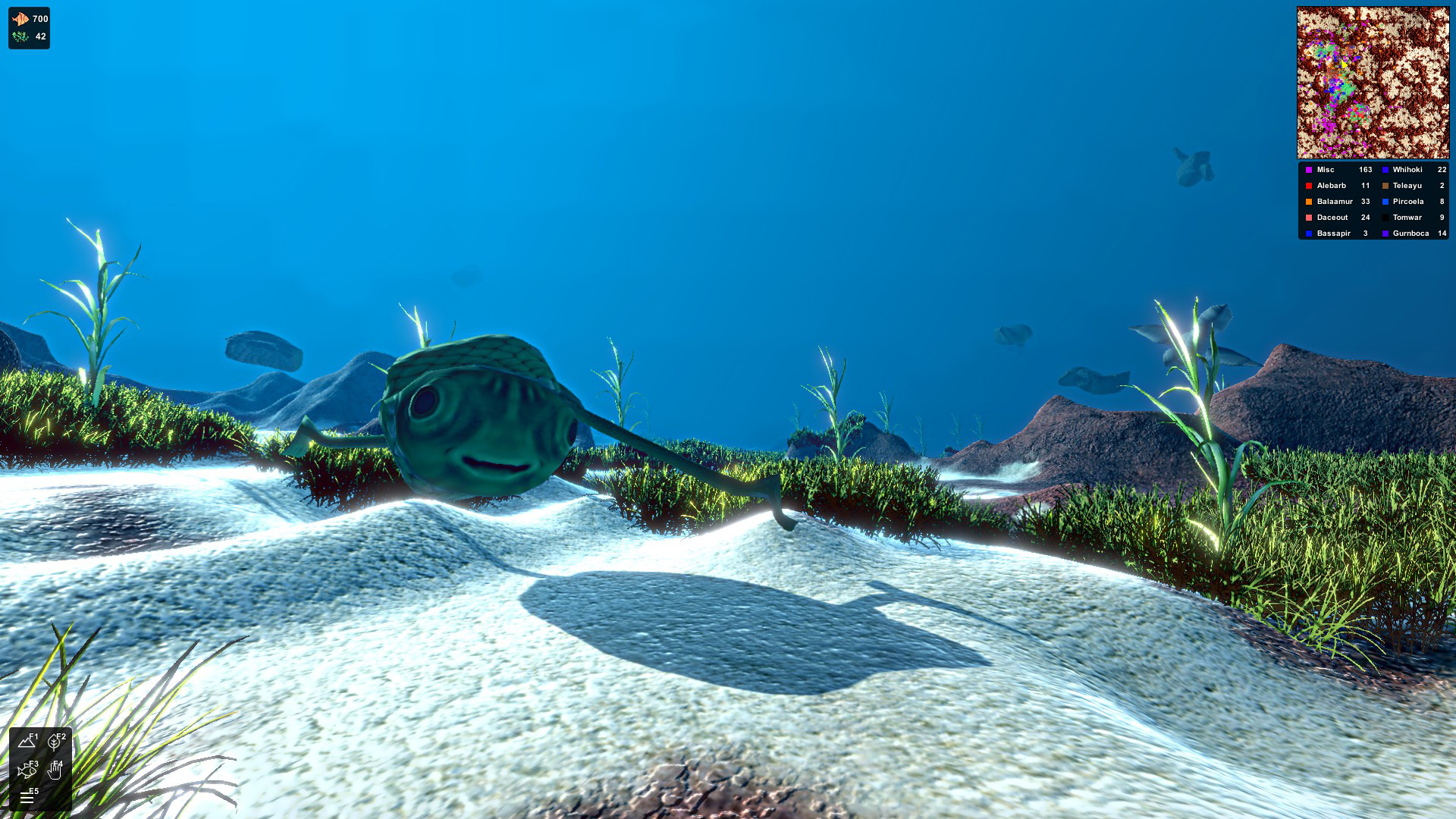 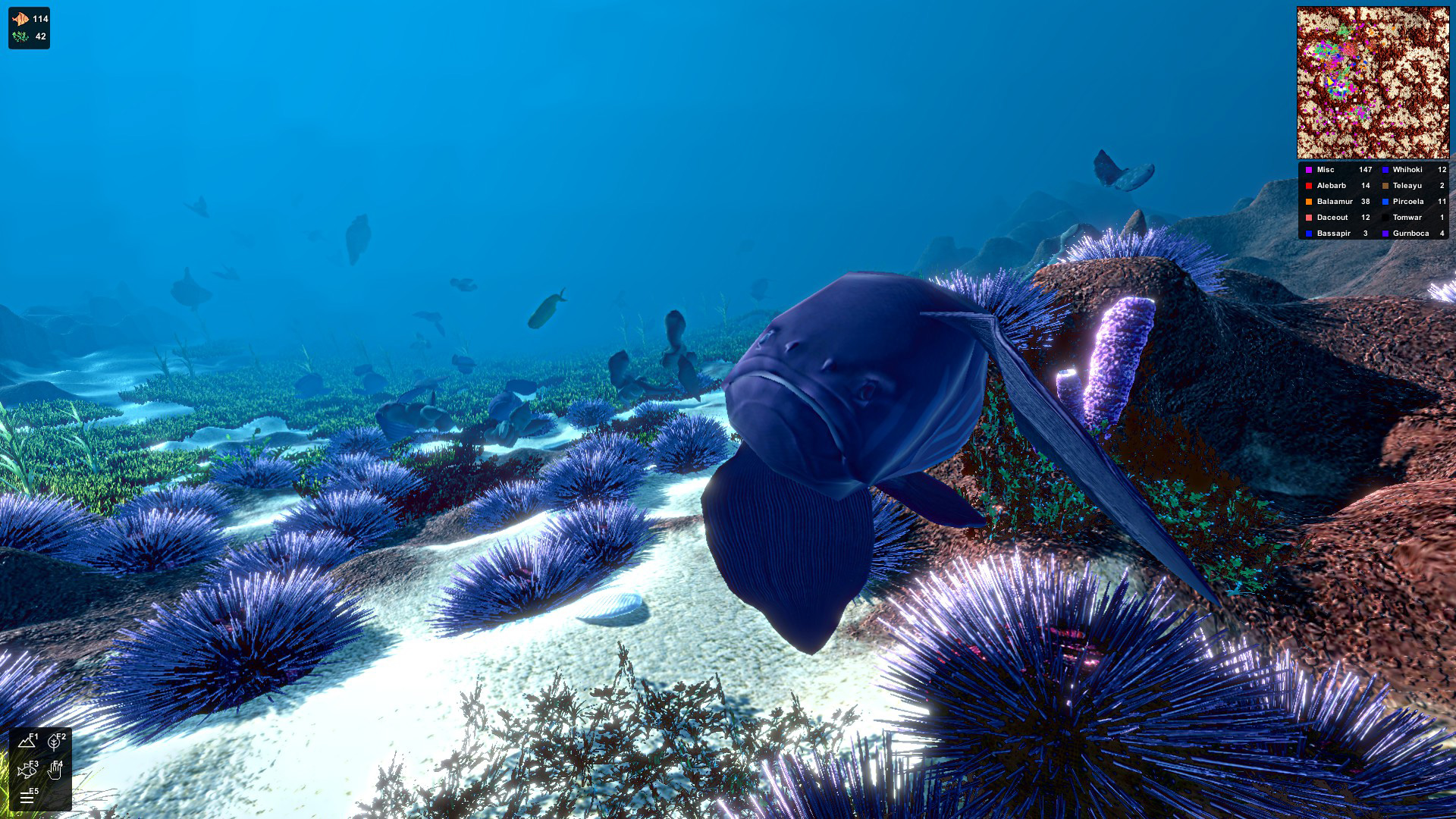 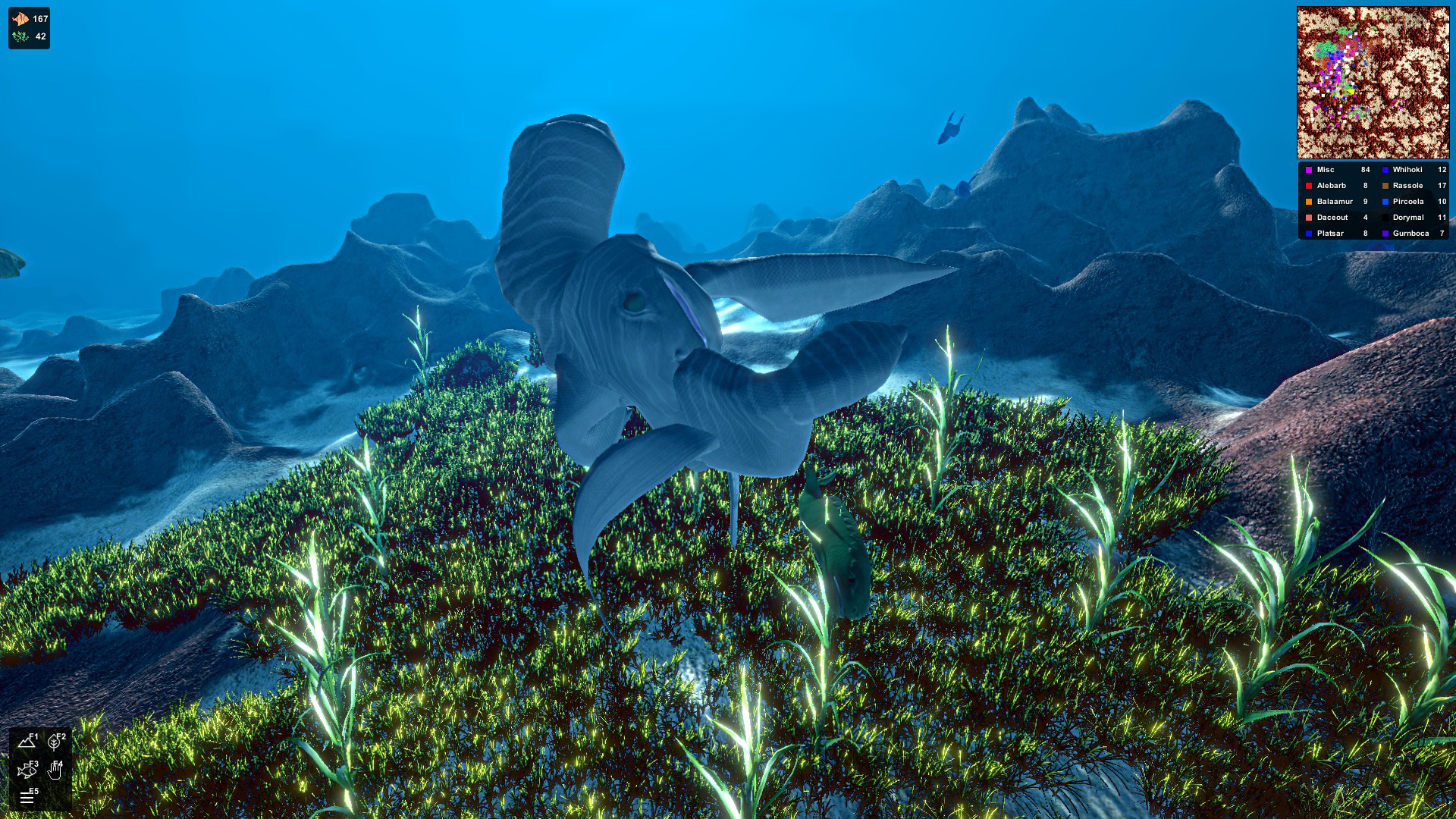 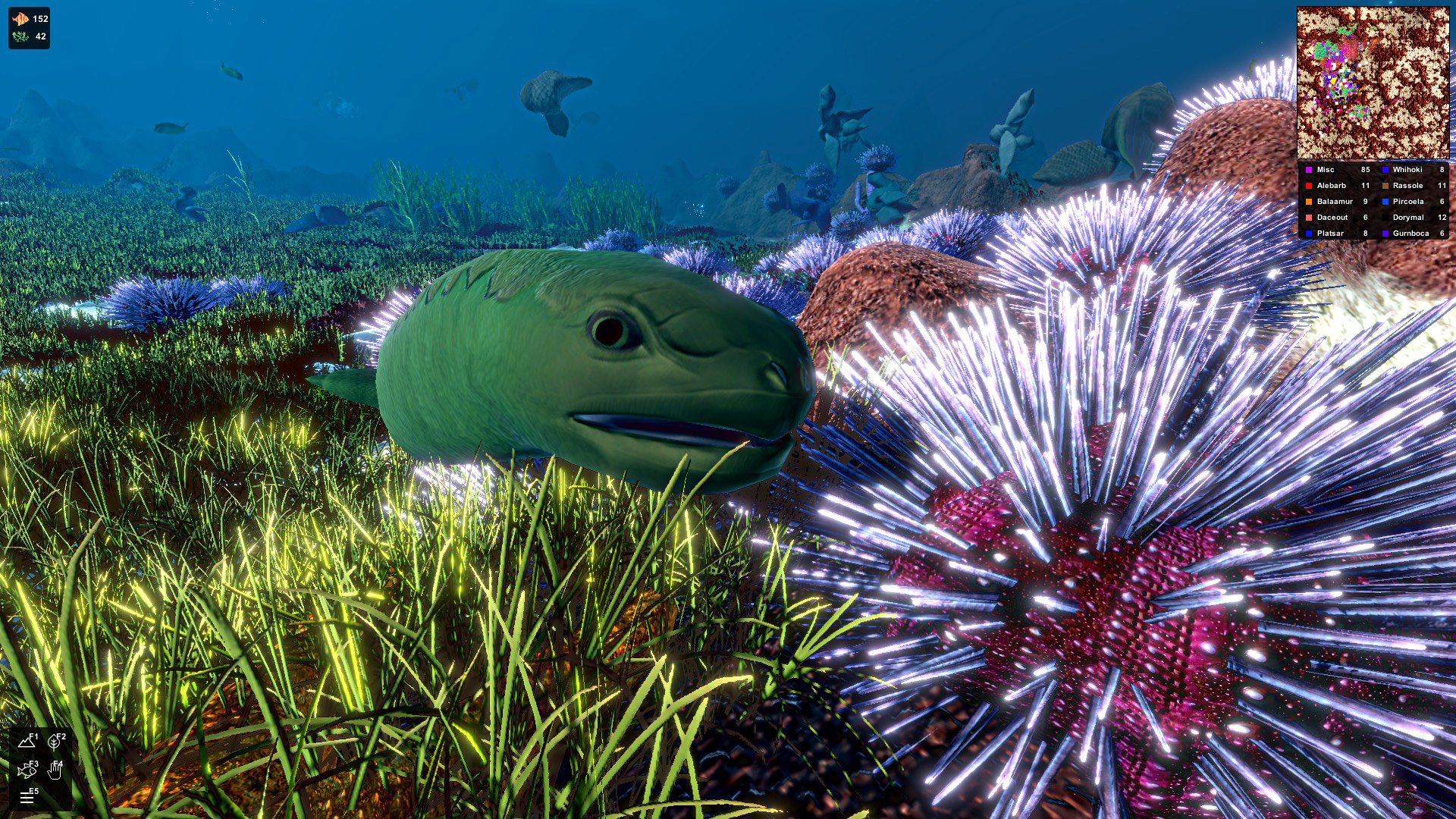 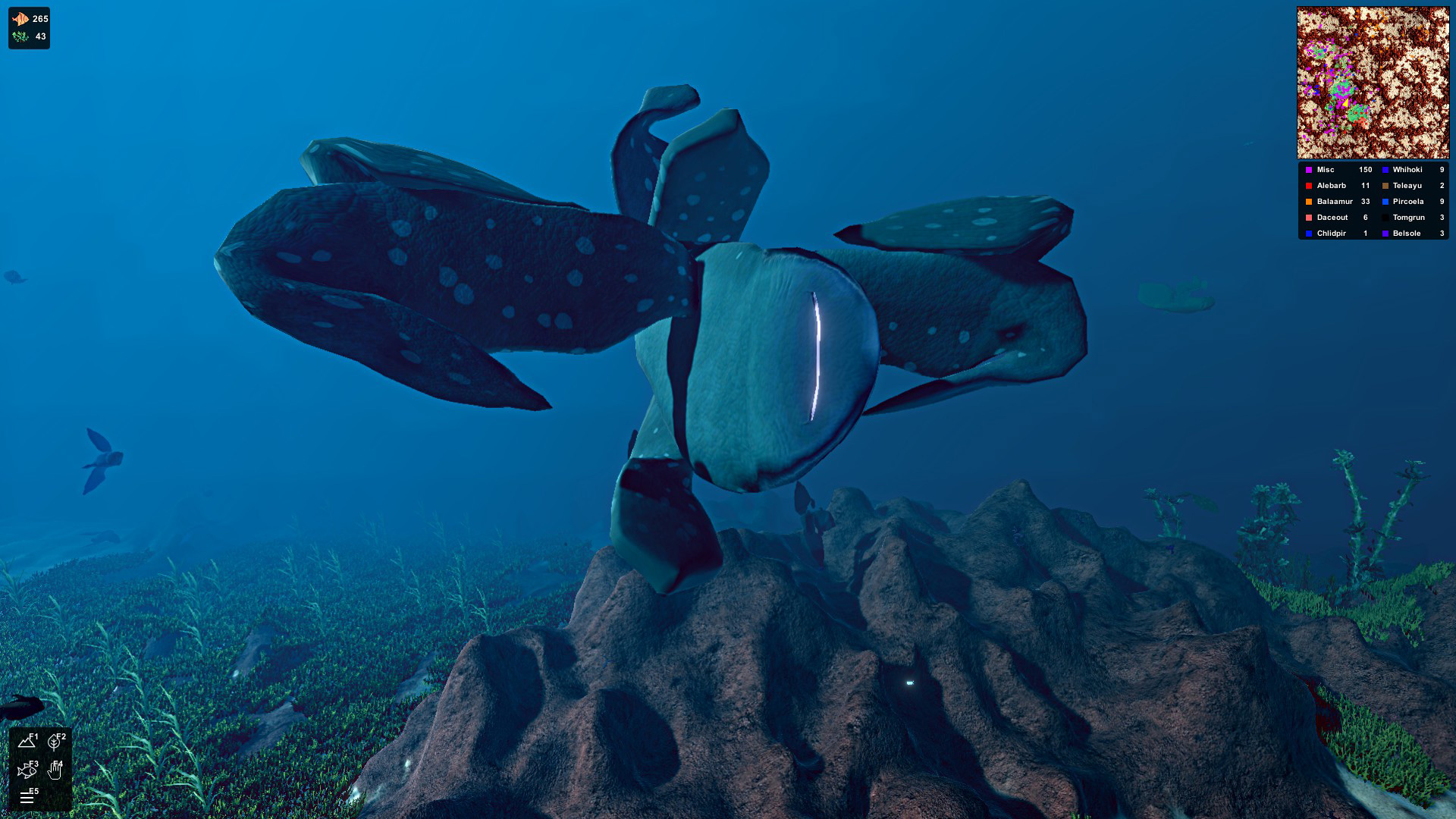 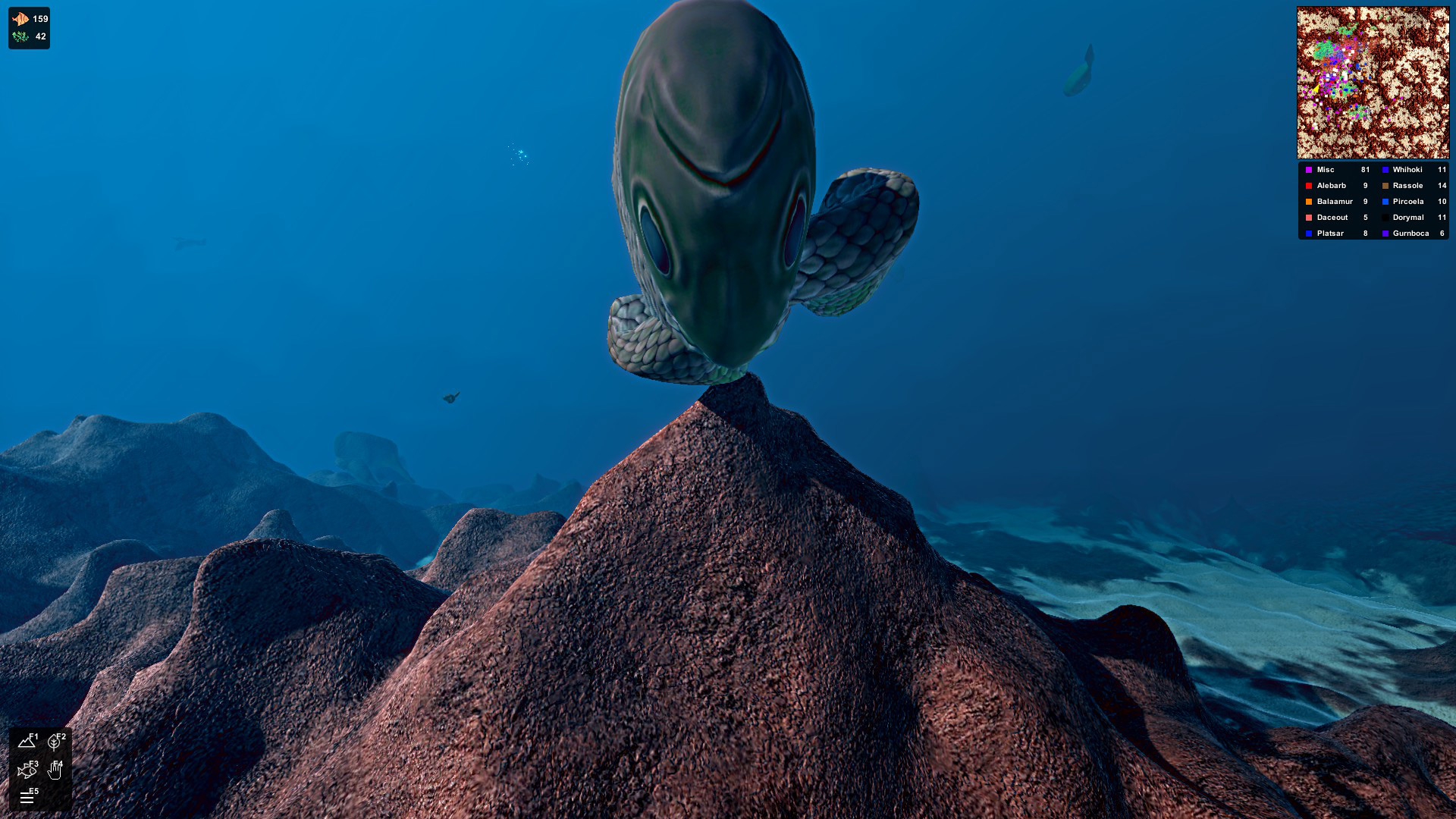 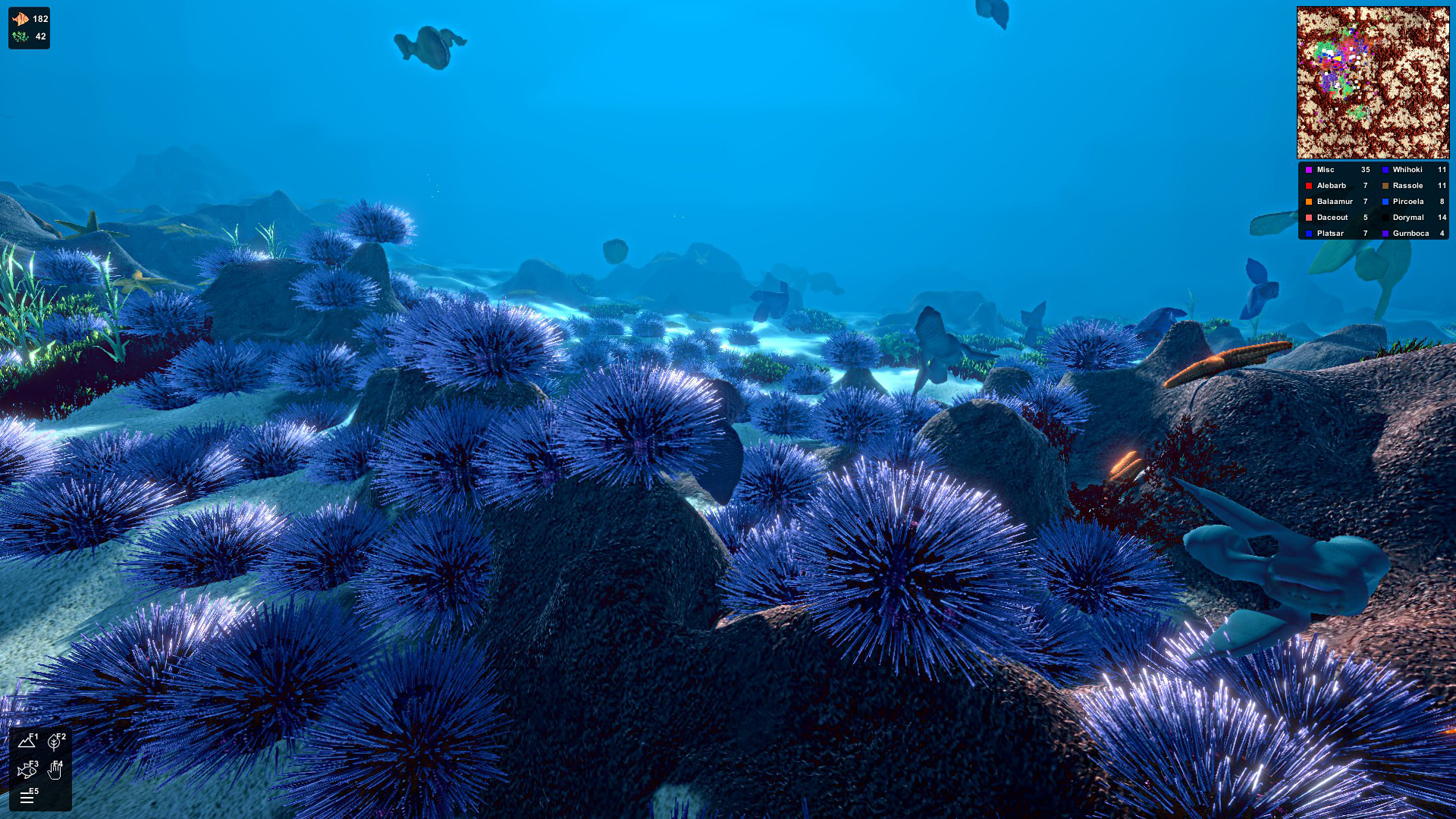 I should’ve known the urchins would get out of hand. Greedy bastards.

Realistically, I’m not planning to get the full version, but I’m glad I checked out the demo. Someone will surely get a kick out of Ecosystem for its evolutionary systems, but for me, more than anything, its appeal is as a virtual aquarium – something I can peek at while it’s left running on a second screen.