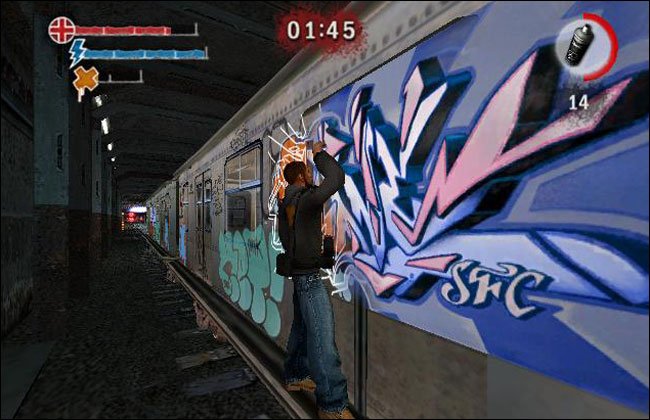 I’ve been wondering what Marc Ecko’s been ‘Up 2’

Because random announcements happen without realizing they’re announcements, Ecko Unlimited’s Twitter feed revealed that a sequel to Marc Ecko’s Getting Up: Contents Under Pressure is in the works. The tweet came as a reply to a fan’s hashtag wish for a sequel with #GamesThatNeedToExist.

Personally, I really want this to be a thing. Like, now. Getting Up wasn’t a great game, but it was one I had a ton of fun with, as it was the weirdest hybrid of Jet Grind Radio and Prince of Persia I had ever seen. I used to call it Prince of Pressure.

You know, because the Contents Under Pressure subtitle. And the climbing to tag. And the…

Shut up, you guys.