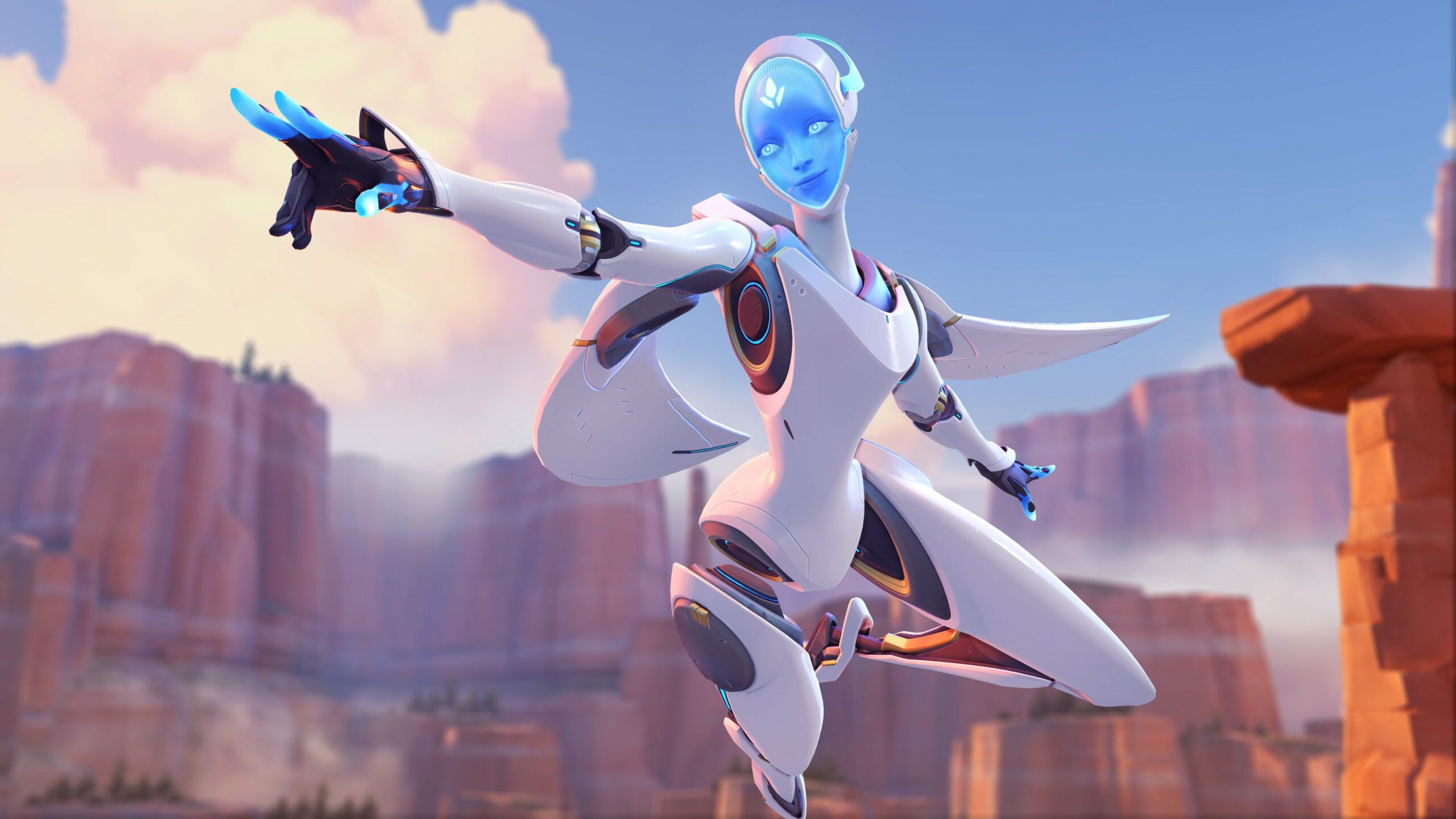 She can mimic an enemy hero and use their abilities

The Overwatch PTR was updated today with Echo, the 32nd playable hero. The sleek new robot is playable on PC and sits in the Damage pool alongside Genji, Junkrat, and other old favorites.

Echo’s moveset includes a Tri-Shot projectile, a volley of Sticky Bombs, a Focusing Beam that can wreck foes – or barriers – that are below half health, and a hero-mimicking move called Duplicate that lets her use an enemy’s abilities. Echo can also fly with Flight and peacefully Glide back down.

If you’re an experienced projectile-dodging Pharah or Mercy player, you’re gonna have a good time.

Here’s a lore rundown from game director Jeff Kaplan, who describes Echo’s history as if it actually unfolded in real life. (Jeff Kaplan is a treasure, and I’ll always appreciate his unrelenting sincerity.)

That ultimate move, Duplicate, is wild. Echo straight-up replicates the form of an enemy hero for a limited time – meaning she has all of their moves – and she can quickly generate energy for that clone’s ult. Echo can’t replicate an opposing Echo, and her cloned state isn’t a “disguise” – it’s clearly marked.

“I know it all sounds crazy. If it’s too crazy, we will balance it back further than it is.”

Playtesters have had great results replicating Tank characters, according to Kaplan, but she’s versatile. “Sometimes we’ve seen Echo turn into the enemy team’s Mercy just to resurrect somebody on our side. We’re really excited to see the different creative ways that you end up using this ultimate ability.”

“We think when she comes into the game, it will be a completely different version of Overwatch.” On that note, Kaplan told The Verge that Echo is “very likely” the last hero before Overwatch 2.

Blizzard expects a “prolonged [testing] period” for Echo, so hang tight for her live-game debut.