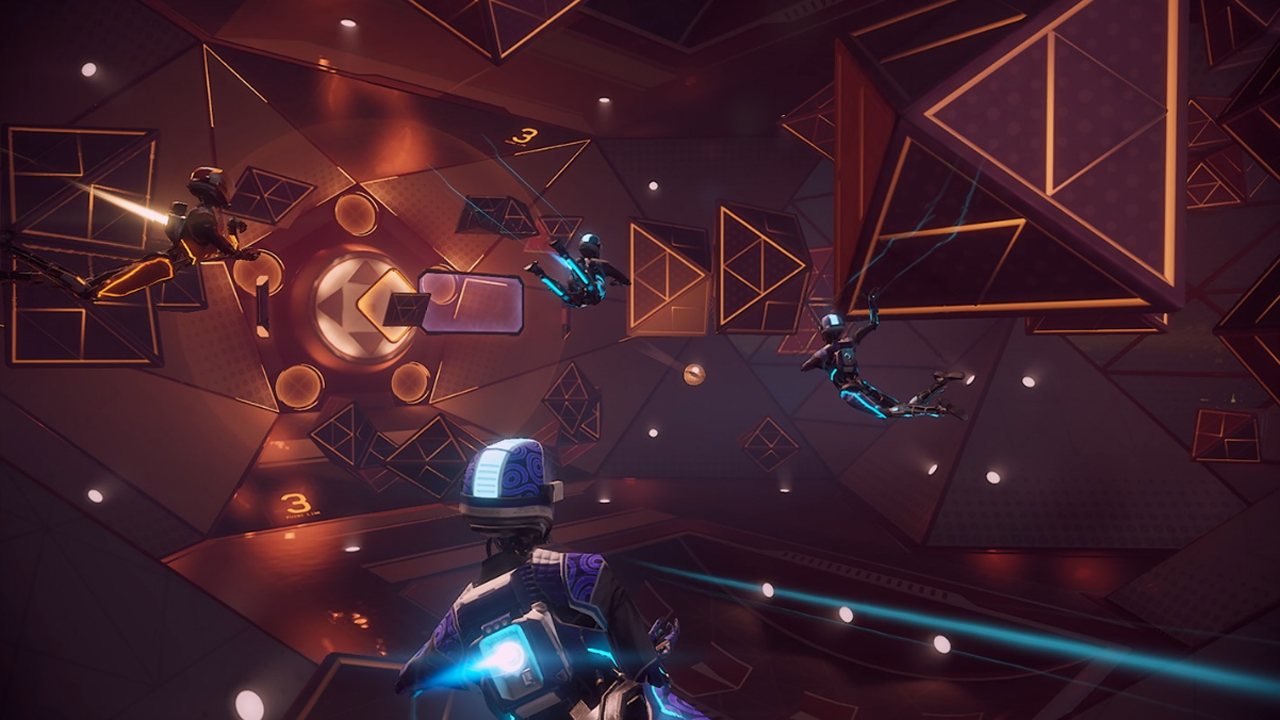 Echo Arena had a free weekend for Oculus Rift owners recently, and I was eager to jump in and see what it was all about. They made a point to mention how big this was going to be at this year’s E3, even going so far as to promote an eSport tournament for it in the future.

I can’t so much comment on whether or not this will thrive as a spectator sport, but holy crap did I enjoy playing it myself. 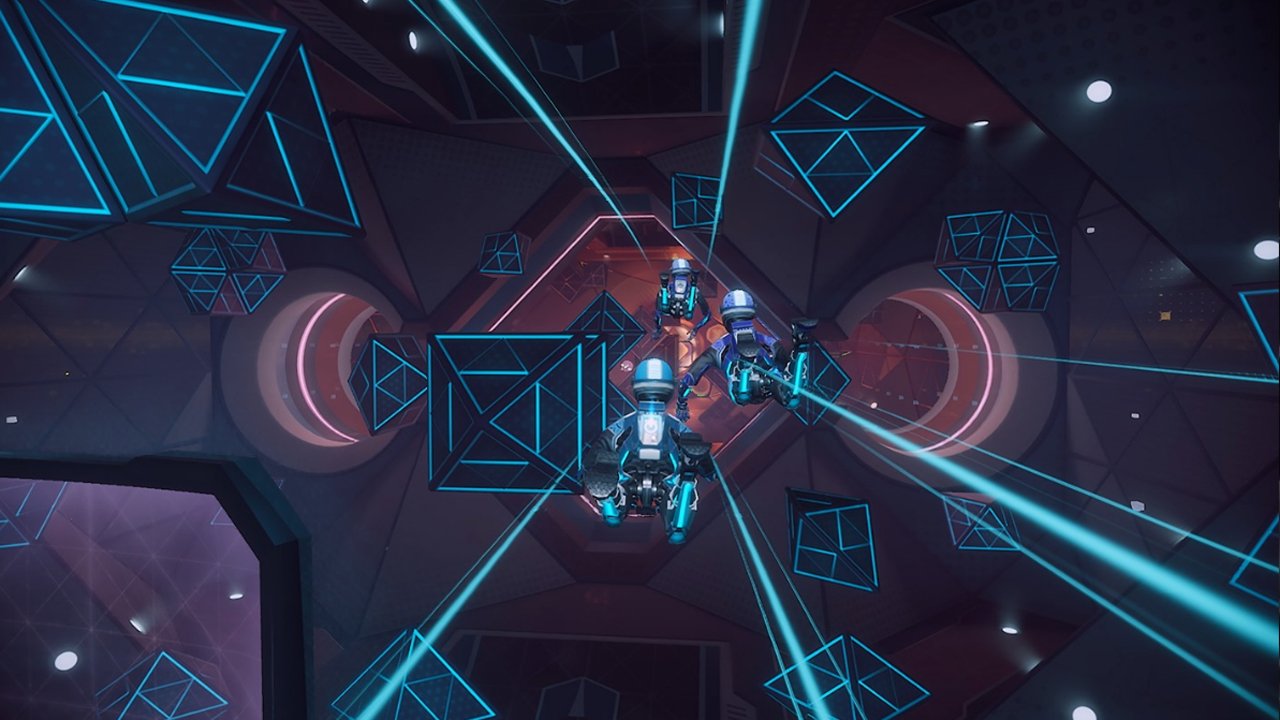 After a brief tutorial of the game’s mechanics, I was thrown into a lobby. Since this is VR, however, this isn’t a lobby menu — you actually exist and can move around the lobby area. This is commonplace for many multiplayer VR titles, but I just thought I’d clarify for those unaware. Immediately I started hearing voices, at which point I completely forgot that the Oculus Rift has a built-in microphone because people started replying to my comments intended for my girlfriend on the couch behind me.

It was then that another player, not older than 12 by the sound of his voice, started showing me around the area. He was kind enough to point out the customization room and give me some feedback on the design I picked for my robot guy. Then he found a new friend and they climbed around the vents, exclaiming their discoveries all the while. It was adorable.

But anyway, I’m getting ahead of myself.

Anyone familiar with the space game in Ender’s Game should be familiar with how Echo Arena works at a baseline level. Players are split into two teams, each with the objective to throw a disc into the opponent’s goal. Everything takes place in a zero-g environment, and players move by pushing off of various blocks spaced around the arena. The match continues until time is up, and at that point, the team with the most points win, or both teams suck and it’s a draw.

At first, I was worried that the movement was causing me to feel sick; it’s happened before when I played Hover Junkers. After about ten minutes, my body seemed to adjust and I never felt unease again while playing. Moving in VR games is always an issue. Some games solve it with teleportation (the easy and cheap way), others try something more unique which may or may not work. I’m glad to say that Echo Arena feels great to move around in.

In addition to simply pushing off of things to travel in a direction, the player has hand-mounted boosters and brakes to help navigation. Utilizing these in addition to the environment is a must. Pushing off will send you in the right direction, but adjustments constantly have to be made to keep up with the pace of the game. It definitely takes some getting used to, but by the end of the free weekend, I felt very comfortable floating around the arena.

Early on, the games were often dominated by one player. As the game begins, the disc is floating in the center as everyone boosts towards it. All it takes is one person to grab it and make one or two movements to get past everyone and shoot/dunk the disc into the goal. It’s a bit frustrating, but it didn’t take too long for me and everyone else to get the hang of things and have some legitimate games.

Matches in Echo Arena are legitimately exciting. The built-in microphone allows for some solid communication, so people naturally fall into defensive and offensive roles (preventing the insta-goal I mentioned earlier). Specifics of the game begin to emerge and shape the way you play. For example, scoring a goal from further out results in three points instead of two and it is possible to grab onto another player’s feet/body and pull yourself up to literally punch them in the face, disabling them for a moment as you boost off. 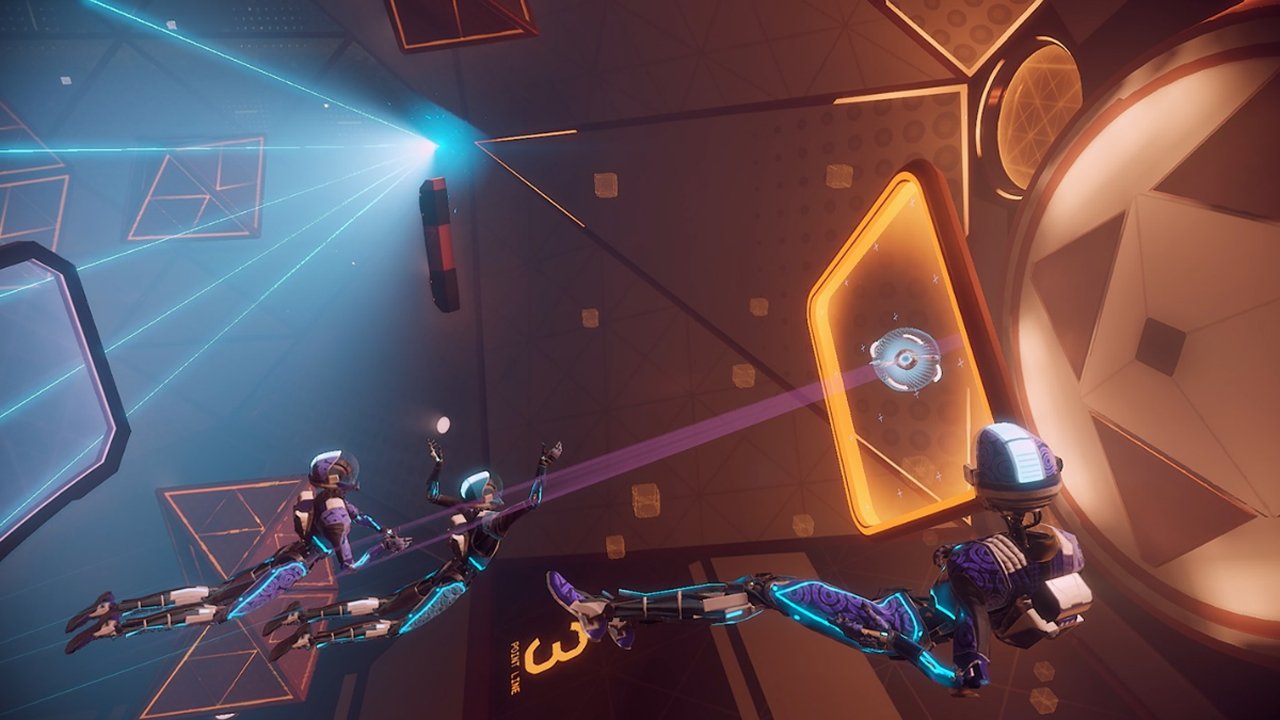 As for the humping? Well, let’s just say that the ability to interact and grab on to other players creates some interesting moments. After my very first game was over, all of the other players (apparently randomly) decided to group hug…with me in the middle. The game faded to black as I yelled: “I did not consent to this!” — a phrase I would find myself yelling out in laughter multiple times over the free weekend. This is what VR is all about: playing exciting games and dicking around with strangers in a virtual space. Echo Arena has both of these things, and they never get in each other’s way. Much like Rec Room before it, Echo Arena is a great way to kick back and enjoy something you simply can’t get with traditional video games.

The brief taste of the game during the free weekend left me wanting more. It releases on July 20 for free, with its single-player component, Lone Echo, releasing the same day for $34.99.