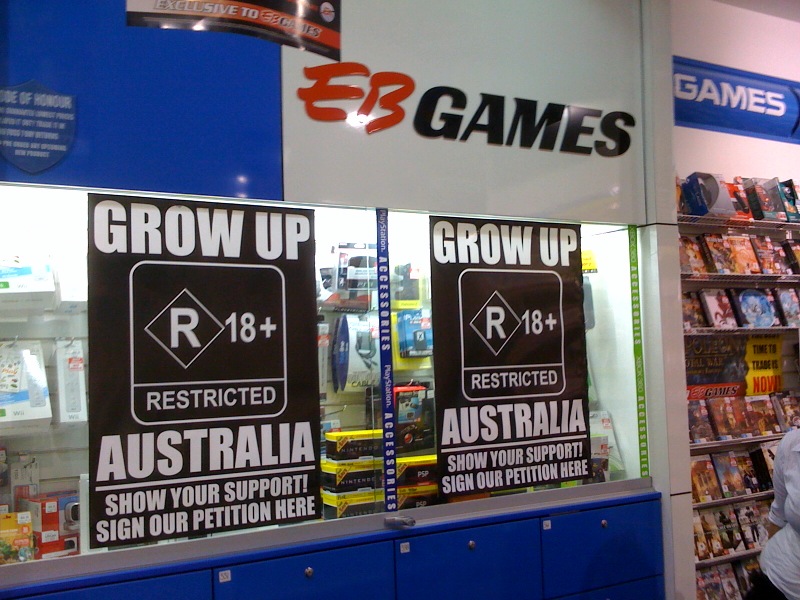 EB Games of Australia wants to fight the good fight! The company is supporting the campaign for introducing an R18+ classification for videogames in Australia. All 364 EB Games stores in the country are throwing up signs like the one above to make their customers aware of the issue and sign in store petitions like the one in our gallery or online at EB Game’s Web site.

EB polled their customers and of the 50,000 people that responded, 84% of them were in favor of the new rating system. Aussies have until February 14 to sign the petition and if and hopefully this big push will create a change over down under.