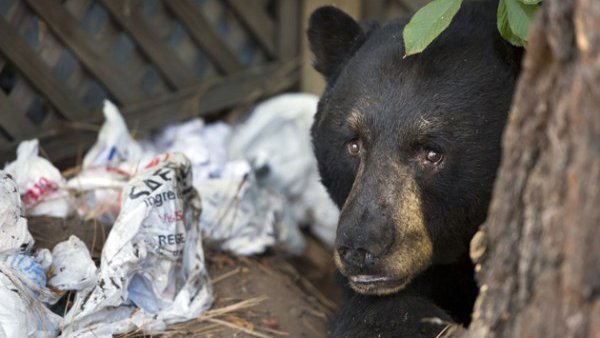 I’ve covered weird Wii U eShop exclusives before, but Epic Dumpster Bear might be the most out there.

Inspired by 16-bit platforming classics, you’ll be playing as a bear who eats food out of dumpsters because an evil corporation destroyed his forest. Looks like it plays a lot like Super Meat Boy meets Super Mario Bros., just not as easy on the eyes as either of those games.

Epic Dumpster Bear will be hitting the Wii U eShop in spring 2016. I don’t know about you, but personally, I’ve had my fill of bears from that one time I went to the “bear bar” with a friend. No thank you, young Ricky Gervais lookalike; I would not like to share a salmon with you.