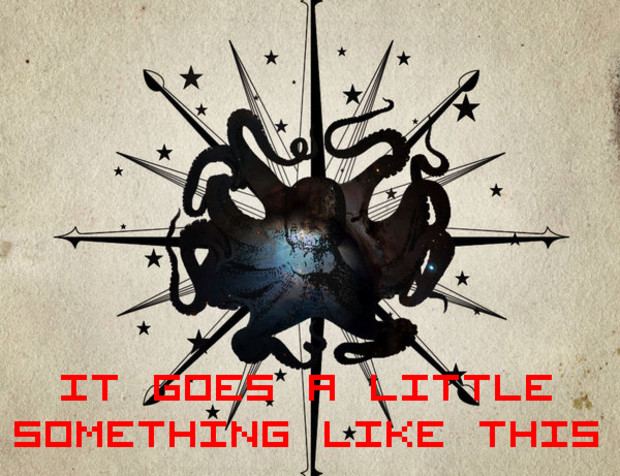 [Today’s promoted blog on last week’s topic on East vs. West is from nekobun, who’s cast his vote for Western devs. Want to see your own blog make it to the front page? Make sure you write something on this week’s topic, Handhelds. — JRo]

Japan may be the primary reason we have a game industry today, but they wouldn’t have had anything to build upon without the work of great, Western minds like Ralph Baer and Nolan Bushnell. It seems that original legacy is beginning to catch up to all the work the East has done over the years, as the impact and market presence of Western developers begins to eclipse Japan’s mighty achievements.

This is due in no small part to the adaptability of Western game devs. Even given the volatile state of the market and the economy, with studios being shuttered left and right across Europe and the United States or sloughing off staff after conflicts with parent companies, new dev houses seem to spring up like phoenixes shortly after a closure. Bizarre Creations begat Lucid Games, a couple of the guys from Visceral went on to form Sledgehammer, the Infinity Ward heads formed Respawn after that whole Activision debacle, and so on. It would seem the Western gameheads that are in love with their work will find ways of getting that work done, regardless of whether or not their current publishers want them.

That adaptability and capability for change is also reflected in the increasingly diverse portfolio of Western games as a whole. Eastern game companies, despite coming up with some great ideas out of left field every now and then, are content (and/or forced) to rest on the laurels of their most recognizable brands such as Final Fantasy, Dragon Quest, Sonic The Hedgehog, and Nintendo’s legion of first-party properties. New and successful Western franchises, however, pop up almost yearly. Just think of how many successful IPs have been generated by Westerners in the past couple console generations. You’ve got Dead Space, God Of War, Halo, Guitar/Band/DJ Hero & Rock Band, Uncharted, Bioshock, Assassin’s Creed, Borderlands, inFamous, Ratchet & Clank — the list goes on and on. Try making a list of similarly hot, recent properties out of Japan, and I can maybe accept Metal Gear Solid and a couple of others, though doing so would be going far enough back to let the juggernaut that is Call Of Duty and the Half-Life franchise join the ranks of Western super-IPs.

It’s gotten to the point where Western studios are even getting green-lit for treatments of originally Eastern creations. Grin, albeit to mixed reactions, rebooted Capcom’s Bionic Commando in 2009, and handled the overhaul of the original game with BC: ReArmed, which also garnered a sequel at the hands of Sweden’s Fatshark. Ninja Theory is handling the new Devil May Cry, also under Capcom’s guidance. And, even without overhauls of their own classic properties, Eastern stalwarts are beginning to take Western developers under their wings: SquareEnix holds Eidos, Crystal Dynamics, and IO Interactive, and Nintendo has second-party deals with Monster Games and Next Level.

Other frontiers where Western game companies hold more sway than their Eastern forebears are browser-based and mobile gaming. Zynga, out of San Francisco, is pretty much the big name when it comes to games on social media sites, having produced every -ville spinoff imaginable and pioneered new and interesting ways to get people hooked on inanity in order to take their money. Some of the groundwork for their rise was laid down by Bejeweled and Plants Vs Zombies creators PopCap, whose initial forays into Flash-based games lead to them becoming a powerhouse in downloadable PC and console titles. France’s Gameloft, while seemingly bereft of original concepts, have made quite a niche for themselves knocking off popular console games into iPhone and Android titles, and nearly any original game you find in any smartphone app store likely has some small-ish Western studio or dude-in-a-garage behind it.

In no small part, this is thanks to the West’s attitude toward independent game developers. While Japan has had a sizable doujin game scene for quite some time now, it’s not particularly common for the games that come out of that scene to hit major distribution channels, especially given their frequent use of existing properties that might be construed as copyright infringement in many areas of the world. Western indie crews, on the other hand, have the benefit of their own subsection on the Xbox Live Marketplace, web portals like Newgrounds and Kongregate to test their wares, in many cases Steam support, causes like the Humble Indie Bundle, and, again, mobile gaming. This freedom, coupled with the lower price point many indie games tend to come with, provide players with much greater accessibility to an incredibly diverse library of games, which in turn provides a breeding ground for new and interesting game concepts that the costs of big-name development tends to limit.

As you can see, the present and foreseeable future are firmly in the grasp of Western hands, regardless of the work of the Eastern hands that lifted them up and kept them going in the first place. Until the East breaks some of its adherence to tradition and begins adapting to the new scenes forming, Western game companies will continue to reign supreme.