[In today’s promoted blog for our East vs. West topic, DiscoStu argues in favor of the East and argues that Japanese games tend to be more memorable and distinctive. Want to see your own blog make it to the front page? Make sure you write something on this week’s topic, Handhelds. — JRo]

For decades, a line has been drawn in the sand between Eastern and Western developed games; allegiances to either side have become commonplace among us, the avid consumers. In recent years, the market has seen a decided shift in favor of Western developers, and their competitors are the first to admit it.

Last year Keiji Inafune, then head of global research and development at Capcom, openly stated, “I look around Tokyo Games Show, and everyone’s making awful games; Japan is at least five years behind.” Today, most anyone would agree that, from a business perspective, the Western studios are coming out on top. However, like any red-blooded American, my love goes to the underdog.

At this point it should be made clear that my level of satisfaction, not my average financial investment, ultimately dictated the choice I’ve made on this subject. Dollar for dollar, the last five years have seen a great many American titles added to my collection and a relative few new Japanese titles. Despite this clear dichotomy, those few Japanese titles hold significantly more weight in my heart. A simple analogy would be to say that I eat chili-mac on a semi-regular basis; it’s cheap and satisfying, to boot. Then, every once in a while I sit down to a spinach, white raisin, goat cheese, and vinaigrette salad, a small plate of whole wheat penne in zesty lemon pecorino sauce, and a chicken, basil, and green pepper gourmet meatball. The latter is a more satisfying, well-rounded meal and I’m happy to take my time savoring its nuance.

Unlike most modern Western hits, Japanese games are typically released as truly finished products. Games like Demon’s Souls, the Metal Gear Solid series, and the Final Fantasy games are not plagued by DLC, DRM, or any similarly annoying acronyms. These titles have a lasting impact on their players. To bring a little context, I only recently finished my first run of Demon’s Souls, a game that I began playing nearly two years ago. For those  familiar with Demon’s Souls, it should be apparent that this game illustrates a departure from the traditionally narrative-heavy nature of Japanese productions in favor of a mechanically deep hack-n-slash gauntlet. This simple paradigm allows Demon’s Souls to play (and often prey) upon the simple human drive to triumph over increasingly difficult challenges.

The Metal Gear Solid game series is well known for its heavy narrative, constantly drawing from topical global issues: terrorism, war, global resource crises, and freedom of information are a few of the concepts addressed throughout the Metal Gear saga. These games challenge us emotionally and moralistically by having us bear witness to, and take an active role in, the horrors of conflict. Unlike many Western games, however, these narratives are much more personal; their “villains” are humanized by all-too-real accounts of injustice and outrage. In this way, Eastern games have a unique edge over many Western titles; our Western hits have all but ceased to legitimately challenge us. 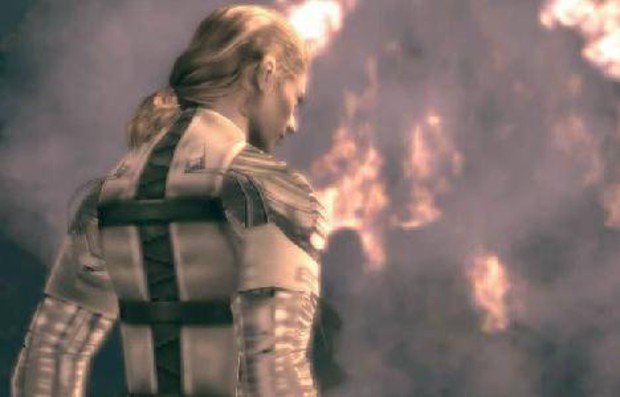 These days Western developers inundate us with innumerable iterations of the insurmountable action hero, an archetype that unabashedly spits in the face of danger. This protagonist typically answers the call of duty (that’s the joke) to snuff out the looming threat of a faceless and hostile group, often taking the form of a thinly veiled cultural stereotype threatening our hero and his way of life. The best selling games of our generation bear a title most popularly recognized in the form of an acronym: the first person shooter. We Americans are steeped in a culture that glorifies guns, pride, and retribution; FPSes are simple representations of these principles.

Take Call of Duty, the highest selling game franchise in history, as an example. Idyllic American soldiers defend their homeland from ruthless, bloodthirsty, and morally depraved invaders from the Middle East or Russia. Subsequently, dozens of game studios release simulators for shooting Middle Eastern or Eastern European terrorists, hoping to piggyback onto the success of the Call of Duty and Battlefield franchises. In the process of doing this, we’re setting new standards, standards which encourage us not to ask questions and just blast the “bad guys” as quickly and efficiently as possible.

Somewhere along the line, we’ve stopped associating these images with one another

Furthermore, our Western games come out of their cases in a state of half-completion. Day-one downloadable content, while understandably instituted as a piracy prevention practice, insults those customers who choose to purchase the game on the day it releases. We pay $60 for a new game, then immediately pay another $10 for exclusive content. I understand that day-one DLC’s purpose is to incentivize new purchases, but I take offense when a developer tells me, “So you bought the game, but it’s not the REAL game until you buy these extra maps and missions.” Not only am I paying extra for a less complete game, but as is the case with franchises like Call of Duty and titles from EA Sports, that game will quickly become irrelevant when the sequel comes out next year. Who cares if you bought the extra maps — no one’s playing on them anymore.

Make no mistake, I’m not suggesting Japan produces more gems than Europe or North America, but what Japanese hits lose in global sales they more than make up for in cult status, deriving from their distinctiveness, memorability, and longevity. In the past, this cult following would be attributed to the stylized world and characters that surrounded the tried-and-true turn-based formula (e.g. Final Fantasy, Chrono Trigger, and Suikoden). In years since, however, characters in these games have become simple copies of the archetypes that we fell in love with throughout the 90’s. What we’ve been left with is a slew of RPGs cheaply trying to recapture the charm of their forebears.

Where the Japanese market has begun to truly shine, though, are the various divisions of the action genre. Games like Demon’s Souls and Metal Gear Solid capture the philosophy of Eastern game development while proving that Japan still has something unique to bring to the party. American games, like our choice of cuisine, embody instant gratification, but Japanese titles still offer us more complete and decisive works of electronic art.