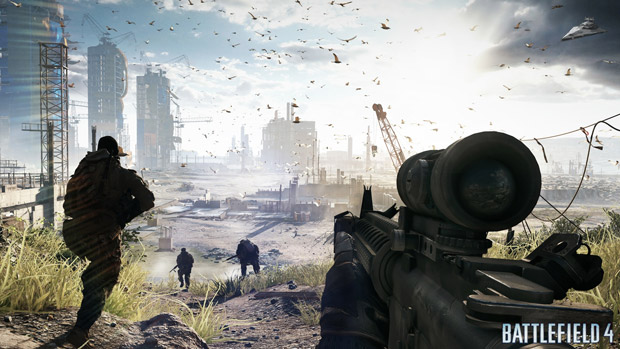 As a follow-up to news of Electronic Arts signing a multi-year deal with Disney to exclusively develop and publish games based on Star Wars, EA Labels president Frank Gibeau has shared a detail that’s nice to hear confirmed. Namely, the upcoming games will use the Frostbite 3 engine which is what’s powering Battlefield 4, the new Mass Effect, and other upcoming titles.

“While we don’t have any details to share today on specific titles, our development teams are already brimming with design ideas,” he wrote. “The EA Studios that will develop these games are some of the most innovative and popular creative teams in the world, and include DICE and Visceral, in addition to the BioWare team, which is already developing for the Star Wars franchise. These imaginative teams will make games that may borrow from films, but the games will be entirely original with all new stories. Powering it all will be the Frostbite 3 development engine — guaranteeing incredible graphic fidelity, environments and characters.”

I love how the comments section of Gibeau’s post is a bunch of folks demanding Battlefront 3. I concur! Putting DICE on that gig with Frostbite, as others have suggested, could be magical.