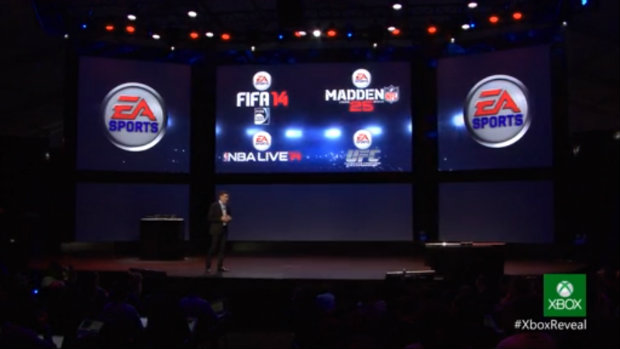 Electronic Arts’ E3 press briefing will provide viewers with a first look at what the company plans on doing with its multi-year Star Wars deal with Disney, EA Labels president Frank Gibeau announced. The new Star Wars titles will utilize the Frostbite 3 engine, which runs the upcoming Battlefield 4 and other games.

“The Download: EA 2013 Preview” will also feature Battlefield 4, EA Sports titles and a closer look at the next entry in the Need for Speed franchise, teased yesterday.

Gibeau also said that March’s 17-minute Battlefield 4 gameplay reveal was actually showing off its next-generation version releasing on Xbox One, PlayStation 4 and PC, though it will also release on current-gen hardware.

Though not mentioned by Gibeau, E3 will hopefully also provide clarification on the company’s position on Wii U. EA’s Jeff Brown last week said the company currently has no games in development for the console, with this year’s Madden even skipping it. It’s also been said that Frostbite 3 won’t support Wii U due to poor Frostbite 2 test results.

EA CFO Blake Jorgensen yesterday said, however, that the company does have Wii U games in development, just not as many as for Xbox One and PlayStation 4.