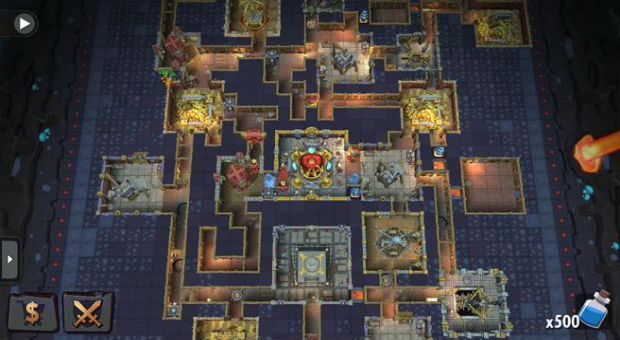 We could have told you that

A complaint against Electronic Arts has been upheld by the UK’s Advertising Standard Authority concerning marketing for its latest mobile free-to-play version of Dungeon Keeper. The complaint was made in regards to an email campaign that emphasized that the game was free to download.

The email was deemed misleading, as it failed to state that without in-app purchases the gameplay is very limited thanks to its use of a timer that forces players to wait to complete tasks. In its findings, the ASA stated that the frequency and length of the timer in Dungeon Keeper, in conjunction with the ability to bypass it with in-app purchases, was likely to create a game experience for those that did not spend money on speeding up the timer that would not meet their reasonable expectations if they had played based on the ad.

Because the game had potential to restrict gameplay beyond what would be expected by customers, and that the ad did not make the aspect of the purpose of in-app purchases clear, the ASA concluded the ad was misleading.

EA argued that gamers would expect to find the monetization and mechanics in the game and that it was indeed possible to progress for free. EA also stated that the timer and premium currency did not only function as a monetization strategy, but as a gameplay balancer and would provide players with a sense of progression, also adding a resource management aspect to the game.

They went on to say that even if no monetization was in the game that the timer would have still been a design decision. The ASA acknowledged those points, but upheld the adjudication, stating that the ad breached CAP Code rules 3.1, 3.3, and 3.9, and was misleading advertising. The ASA stated that the ad must not appear again in its current form, and that EA should ensure that future ads make clear the limitations of “free” gameplay and the role of in-app purchases.