Do you enjoy endless runners but can’t stand their procedural generation? Have you ever wanted to play Bit.Trip, but with the main character from Beasts of the Southern Wild? How about mixing those things with a dash of Shadow of the Colossus? That just about sums up with EarthNight is, even if it doesn’t do the game justice.

When I arrived at the Cleaversoft booth, I was taken back by the loud music booming from their guitar-amp-looking speaker. It sounds very reminiscent of Bit.Trip Runner, which is an apt comparison given the nature of the game. My first thought was that this was an endless runner, but that isn’t the case. This is more like a roguelike Super Mario Run with an emphasis on combos and high scores.

The whole premise is that two people, an old photographer named Stanley and a plucky 14-year-old girl named Sydney, are looking to return to EarthNight after some apocalyptic event annihilated all life on the planet. This event was caused by a bunch of dragons, so the stakes are suitably high. 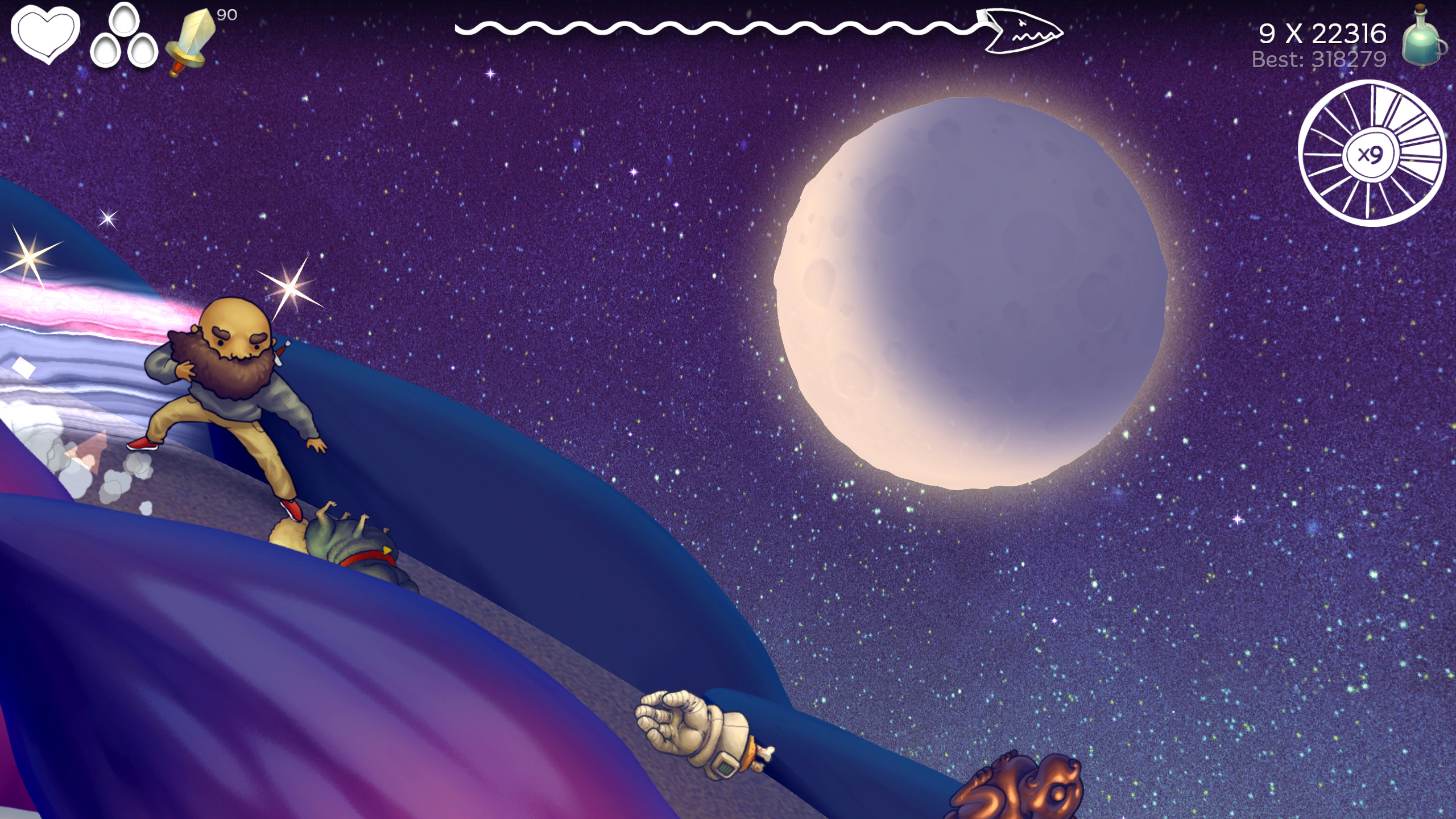 Each level takes place on the back of a dragon. You’re running up to find their head, where you can then deal the final blows (where the Shadow of the Colossus comparison begins and ends). Standing in your way are a bunch of random-ass enemies all intent on stopping you. There are also some hidden collectibles to find in the form of dragon eggs and money.

Getting said eggs will allow you to quickly subdue the dragons whereas missing those will increase their total health, making it much more difficult to bring down the beasts. I’m sure this will play into multiple endings, which seems to be one of the other main hooks to EarthNight. Instead of having set levels with predefined paths, you can skip over a majority of the dragons and levels and head straight past the different worlds.

The game consists of six main worlds, with a mandatory level on world one, three, and six. Essentially, if you’re looking to speedrun , you can get by with only four dragon paths and finally land back on EarthNight. If you want to go for a high score or longer campaign, you can hit up as many dragons as your heart desires. 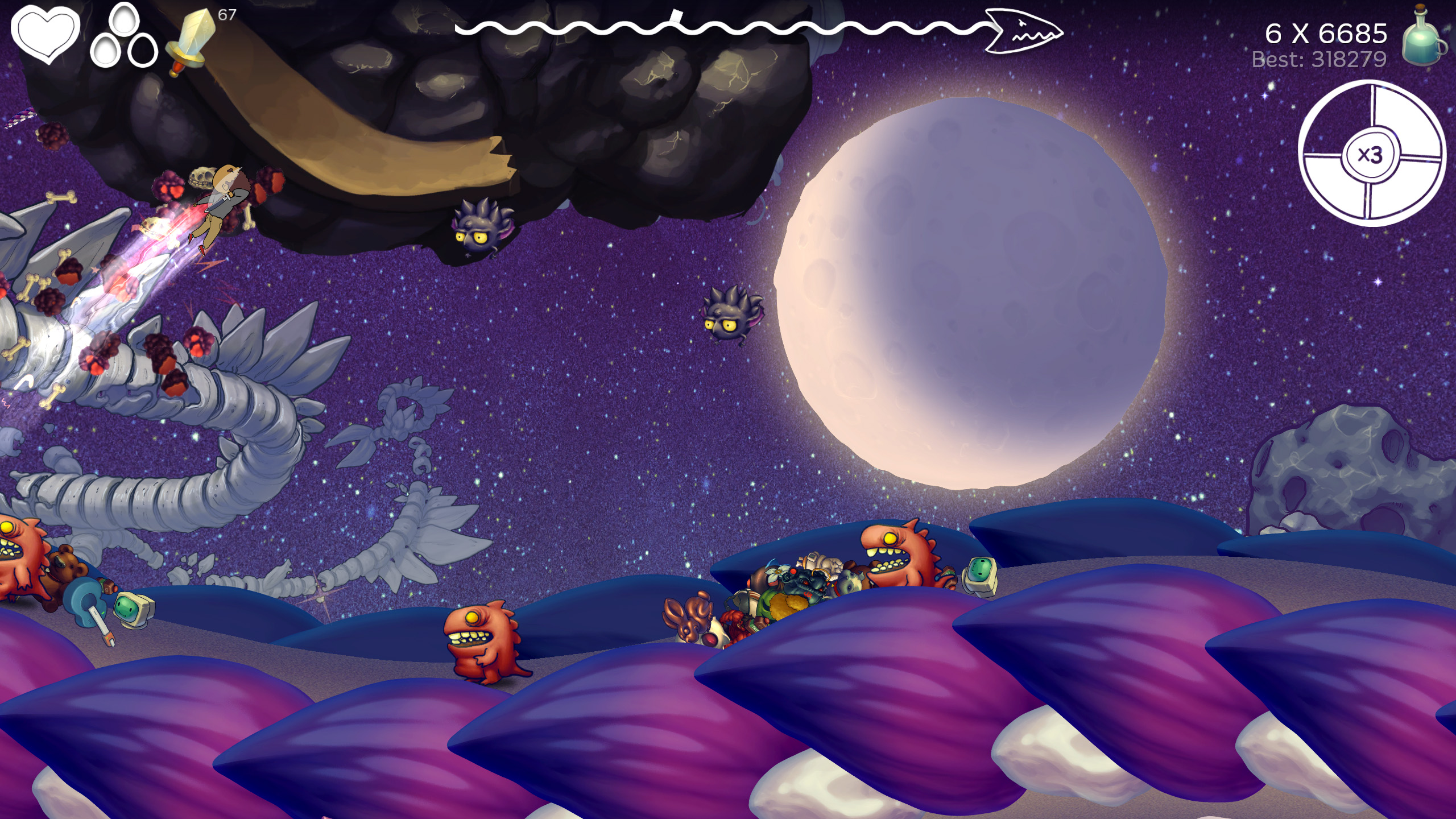 The levels are sort of randomly generated, but more like how The Binding of Isaac rolls maps. Each playthrough has specific seeds and dragons have three different sections with 125 potential combinations of hand-placed levels. This makes the game rely more on skill, but does give players a chance to potentially learn all of the variations present.

The actual mechanics are the very definition of easy to learn, hard to master. There are a lot of subtle nuances that I could see in action, but wasn’t able to fully grasp in my short time. Rich Siegel, the owner and founder of Cleaversoft, has definitely gotten his practice in as he quickly destroyed every attempt I gave the game.

The very basics are that Stanley acts as a “novice” option and Sydney works more like “expert” mode. Stanley’s moveset is limited to a single, more floaty jump, but the guy has a sword to swat away smaller enemies without much thought. Sydney is granted the ability to double jump, but she doesn’t have any passive means of defeating foes. You can also speed up your run, slow down your descent, and slam yourself into the ground, which sort of works as a homing attack on most enemies. 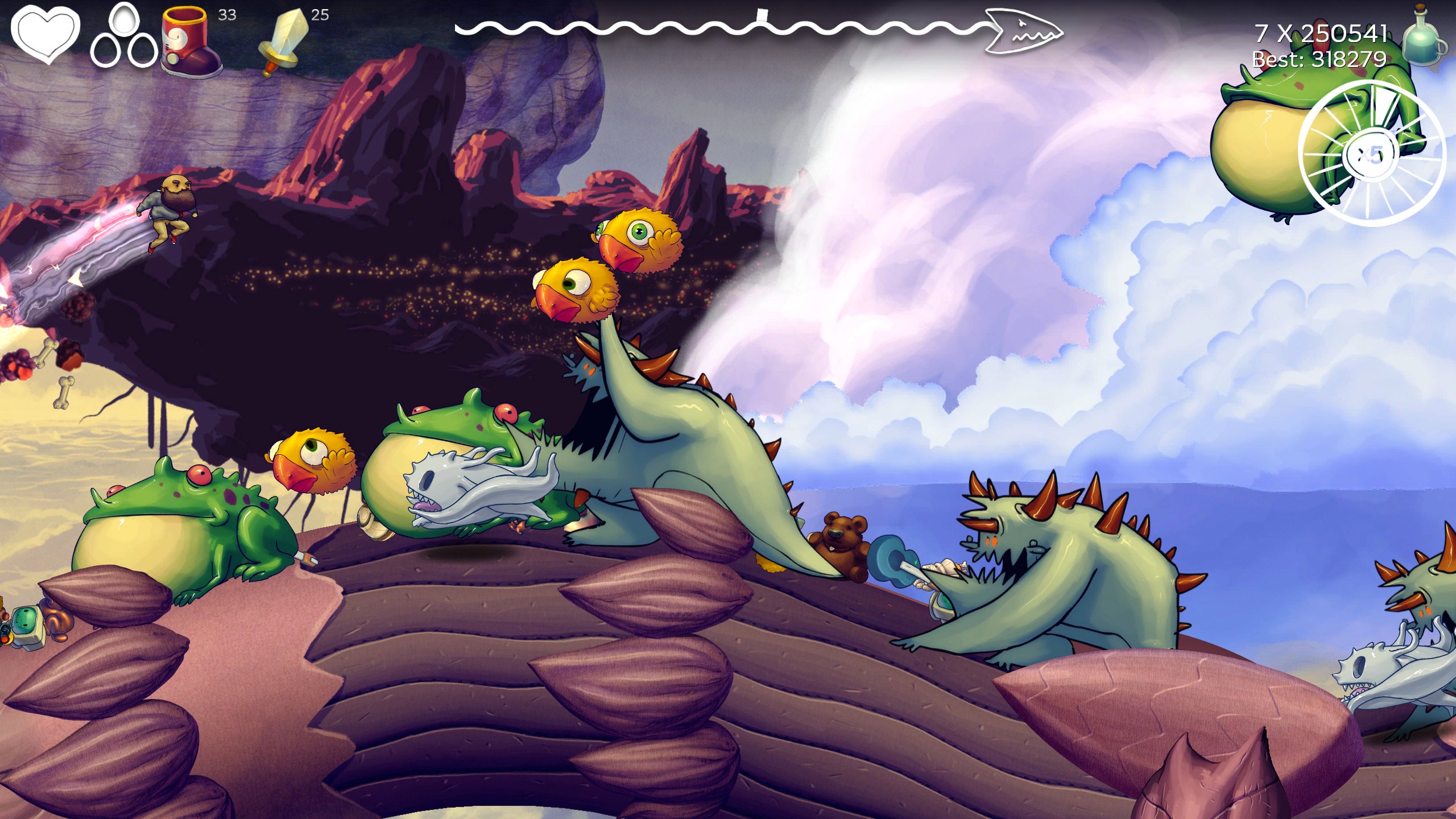 There are numerous temporary upgrades each character can acquire that will allow you to float or give you invulnerability. The best that I saw was some item that granted gigantism, making Sydney look massive and basically turning the game into a free-for-all.

All of this is brought to life by a wonderful art style. Curiously, this is the second game I played at PAX East to sport a hand-drawn art style, but it really shows in motion. Rich told me that both characters have around 350 frames of animation, so there shouldn’t be any odd or repeated animations going on.

As I mentioned above, the music is basically a take on Bit.Trip Runner. Everything is chiptune and it sounds pretty crazy. Maybe that was more to do with the ridiculous volume, but I definitely could feel the energy as Rich tore up world two. Maybe if I wasn’t on a random suck streak, I could have been there with him. 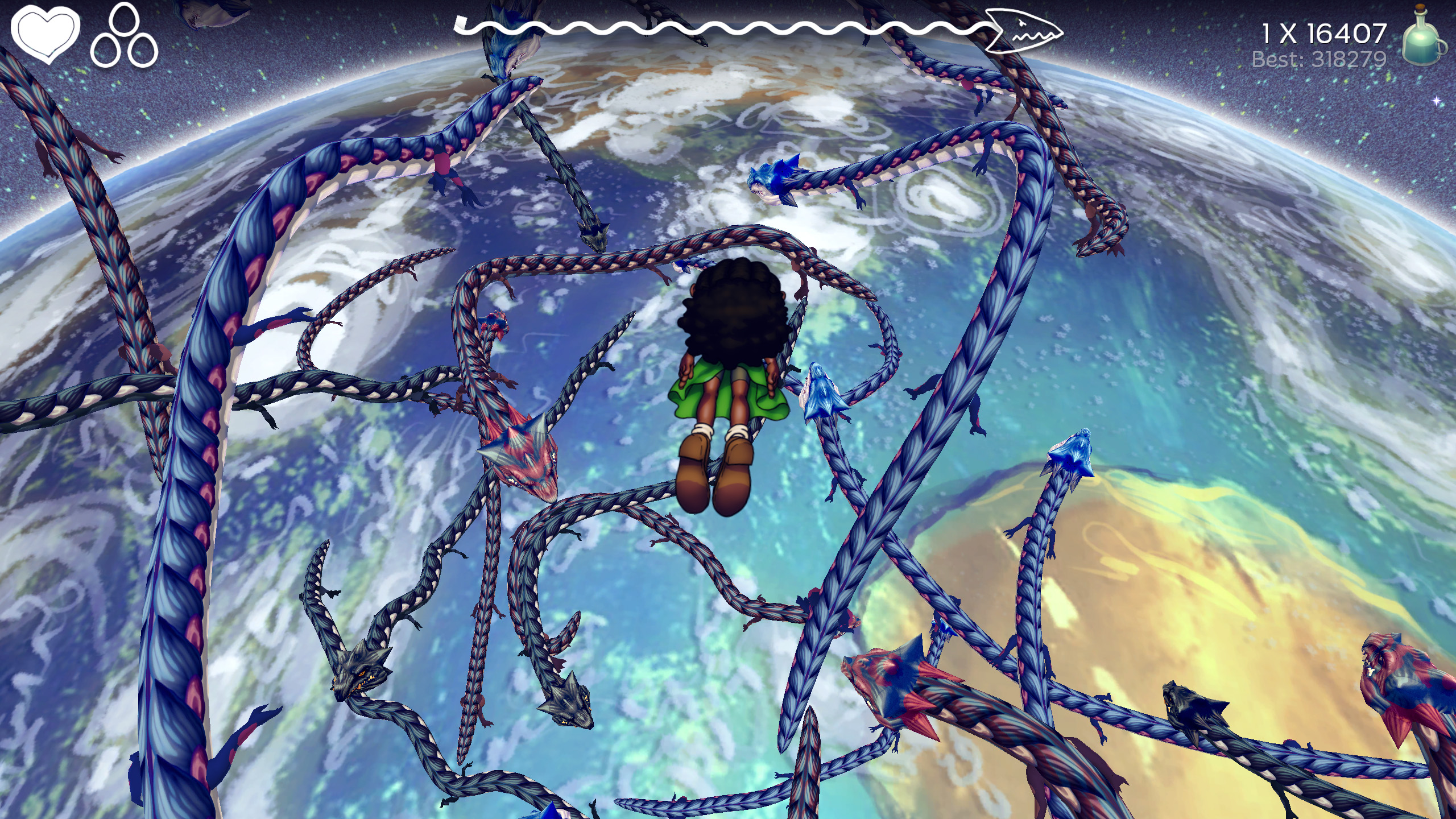 What makes EarthNight so memorable, though, is the amount of customization one can put into their playthrough. Having a more open-ended experience can enhance the value of a game, so I’m eager to see if the final version will hold up to my short time with the demo.

Currently the game is slated for PS4 with an eventual PC release. Rich explained that he’d love to get a cross-buy incentive going with a Vita version and is open to Xbox One and Switch ports, but that is definitely too far down the line. Hopefully Sony gives its lovely handheld a chance to shine since EarthNight would be a perfect fit for that platform.