But I sure embarrassed myself with it

Earthfall by far had the largest setup at PAX South with giant TVs showcasing trailers of the game as well as projecting each of the player’s performances for everyone to see. Since I’m overall terrible at first-person shooters, coupled with the the anxiety I had over potentially letting down my new teammates, I was especially anxious to jump in for fear of embarrassing myself.

Suffice to say that’s exactly what ended up happening. Nevertheless, I had a really fun time.

Pitched to me as “Serious Sam crossed with Left 4 Dead,” Earthfall is set in the Pacific Northwest some time after an alien invasion and electromagnetic wave eliminate most of the world’s electronic devices. And much like Valve’s game, four players must shoot aliens as a team as they head to safe houses and accomplish objectives. As the players gun down hordes, the difficulty scales along with the their performances eventually leading to tougher baddies to deal with such as the bulkier versions of the standard foe, an enemy type that pins you to the ground, or one that leaves a toxic cloud when defeated. I was initially worried about how much the game seemed to be cribbing from Left 4 Dead, but developer Holospark isn’t shying away from those comparisons.

They’ve taken that basic foundation and have added quite a bit to make it unique. Out of the two maps available (one set during the day and one at night), my team and I played through the “Church” mission. The first objective we had was to collect gas for a generator, then set off a siren and survive a horde until the generator was active. We were thoroughly defeated the first time, and the second time we did a bit better before getting annihilated again. So, uh, we essentially only survived a fifth of the mission. But while my skills were bad, Holospark eventually walked me through the rest of it. 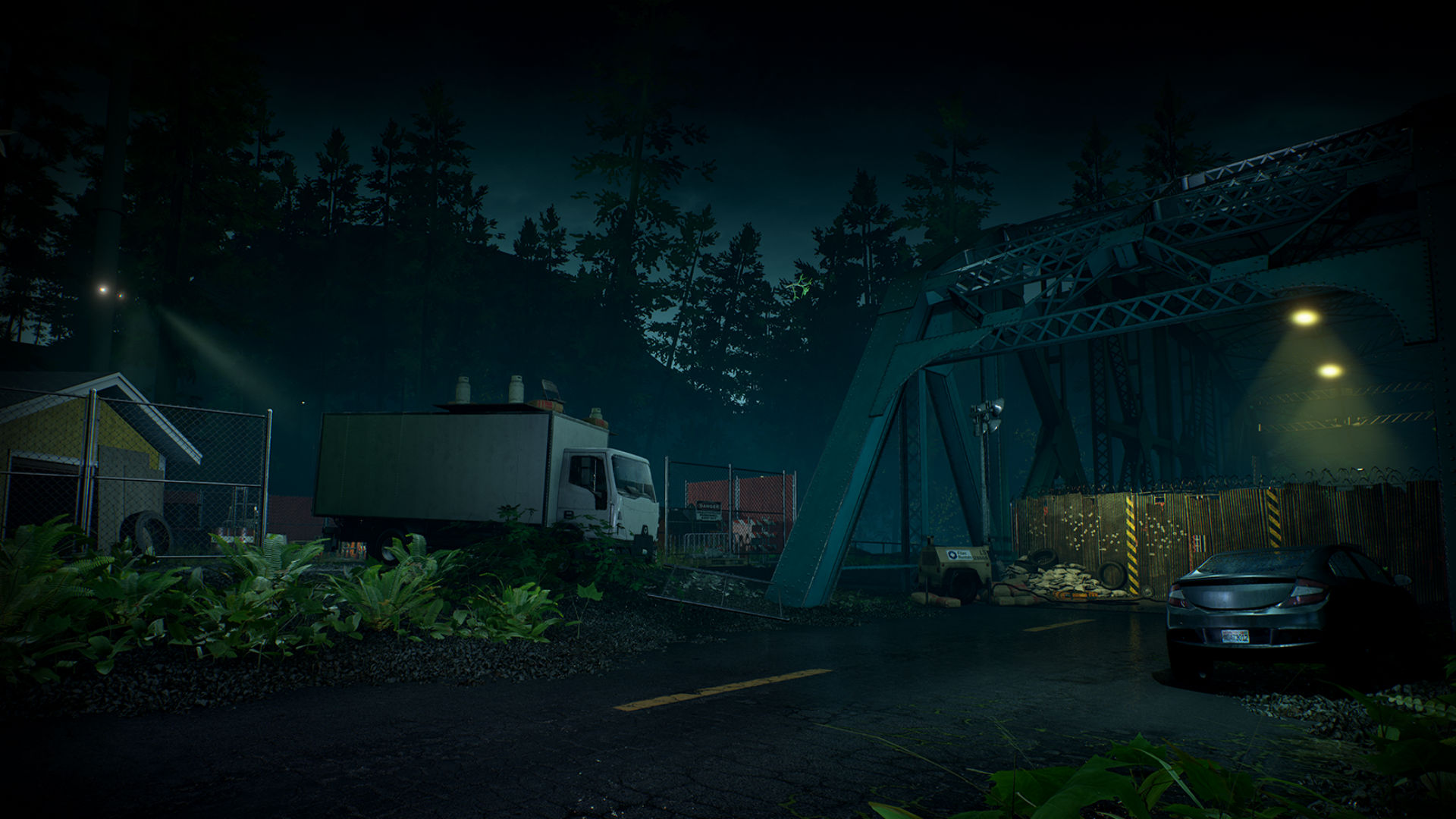 The mission admittedly followed much of the same beats found in a few Left 4 Dead levels, but when the team finally reached the church, Earthfall‘s differing mechanics came into play. Utilizing 3D printers (one of its unique story bits), players are able to quickly print weapons and craftable materials. For example, if the players didn’t take the time to craft a fence and rather print out a few AK-47s, they’d have to deal with more enemies. Other options included turrets, shotguns, and the like. Completing these missions rewards the players with loot, perks, and additional weapons in the 3D printers.

The missions feel a bit too familiar for my liking, but Holospark promises a hearty story to flesh them out. I couldn’t parse much of the story from my time with it as dialogue between characters was limited to calling out enemy types and standard “I’m down!” but I wonder if they’d feel fuller when playing alone. Since Holospark plans to support single players with computer-controlled teammates (who won’t advance objectives themselves, but provide cover), and with a full story teased, I’m pretty jazzed to try out the full product at release to see if its 3D printing mechanic can differentiate it enough from other popular titles. It needs a bit more fleshing out to be more than a clone, but the fun is there. I wasn’t a good player by any means, yet shooting aliens in the face with a couple of strangers made my day.

Earthfall is releasing first on Steam this Spring with a PlayStation 4 and Xbox One release following later this year.