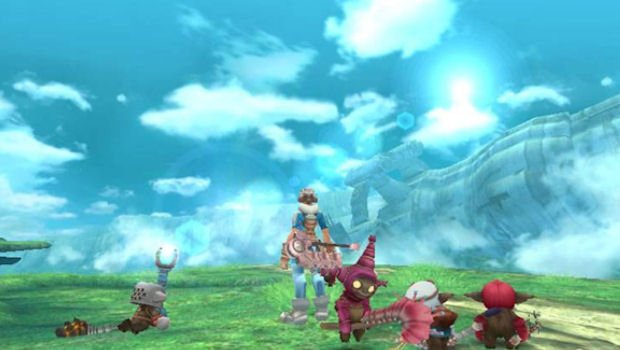 Between The Last Story and Xenoblade, I think Japanophiles are in line for some great gaming on the Wii, but it’s easy to forget this humble little title. Earth Seeker is a game that caught my eye a few weeks ago, thanks to its bright visuals and unique design. Here are some new screens that, of course, aren’t in HD.

The lack of HD doesn’t bother me, as design trumps technical horsepower in my book, but it seems that every time a good Wii game comes out, people complain that it should be on the Xbox 360 or PS3. We had a massive bust-up about it on our Last Story post yesterday and I think it’s silly.

Here’s the deal — Wii games are cheaper to make, which lets developers with big imaginations and small budgets make games. If games like Last Story and Earth Seeker came to the 360 and PS3, they’d be different games entirely, most likely due to huge cuts in content to meet graphical demand within the budget.

Next time you complain about the Wii daring to get good games, do take that into consideration. In the real world, things cost time and money.