Of all the cheap, lousy ways to make a buck

Tap Wars EDF is another free-to-play game in the somehow still popular clicker genre. After five seconds with it, I realized this is just a reskin of the equally awful Tap My Katamari that crapped itself onto the App store earlier this year. That game also tested the strength of my flexor pollicis longus but it also tested my patience. Don’t trust my opinion? Just read what those in our community thought of it. It’s an abomination of a game, and even with its b-movie aesthetic charm, Tap Wars EDF is just as abysmal. 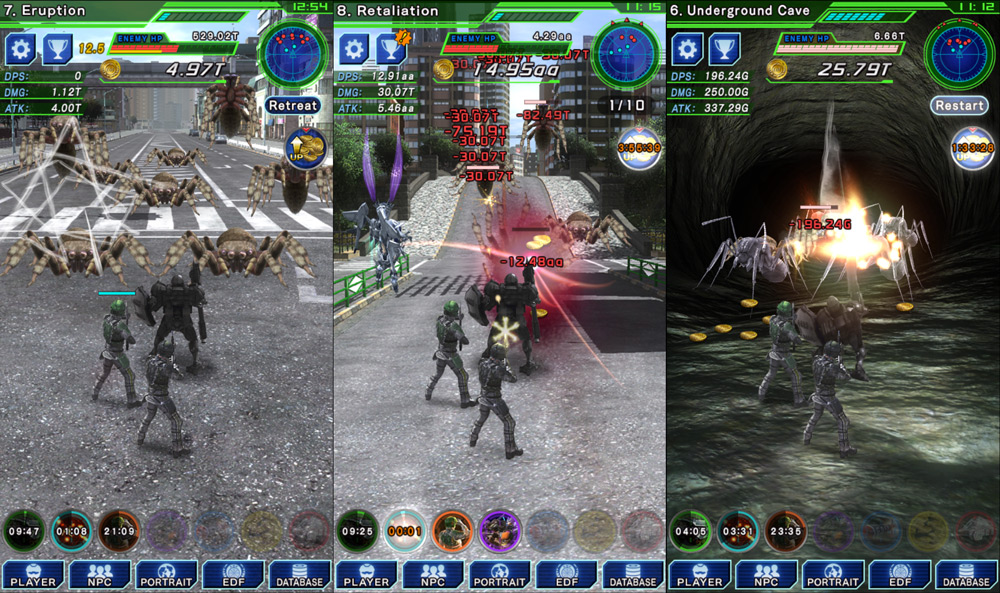 Just as you do with every other game in the clicker genre, the object here is to tap your phone screen as many times as possible. Each mission is divided into roughly 100 segments, all requiring you to tap anywhere on the screen. Speed doesn’t really matter until you hit the damage sponges passed off as boss fights, where you have to do enough damage within the time limit to move on to the next phase. Fail, and you can just continue tapping and getting coins until you have enough to properly level up your character and the NPCs to win the battle.

In between all this tapping are ads to watch for gems; ads to watch for coins; tapping drops for coins, gems, or special attacks… you’ve seen this all before. Tap Wars EDF doesn’t do anything new here and I have to wonder how many more times publishers will run their prized properties through the mud in search of a quick buck.

Tap Wars EDF doesn’t make me want to go play a real Earth Defense Force game the way Super Mario Run made me want to play a real Mario game, and it certainly doesn’t stand on its own as an outstanding mobile experience like Monument Valley, 80 Days or Superbrothers: Sword & Sworcery EP do. Hell, it’s not even a neat time-waster like Totes the Goat, Crossy Road, or Pocket Mortys. In fact, I don’t know what’s the point of something like Tap Wars EDF other than to tarnish the name of an already niche title. 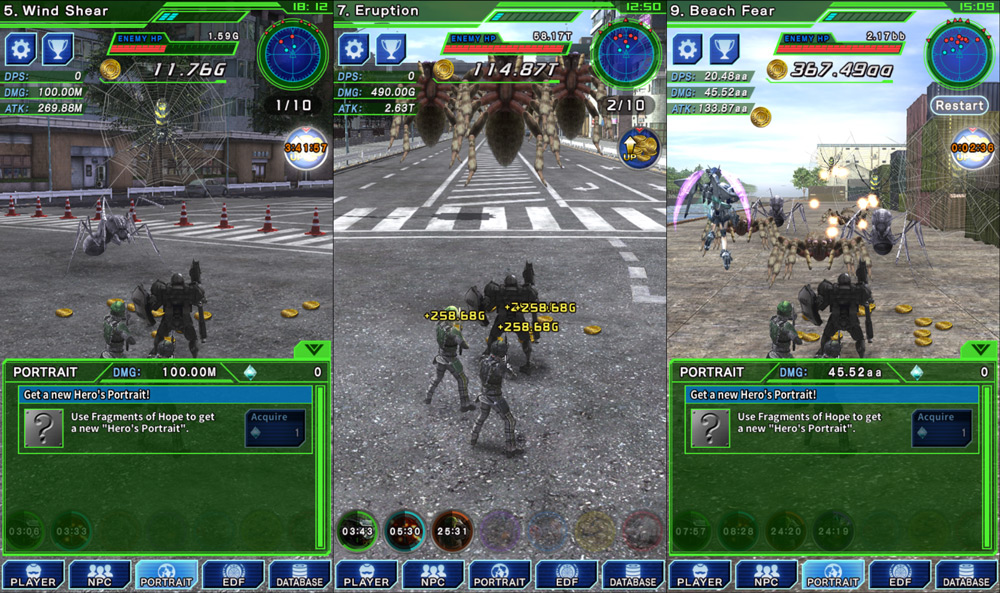 Tap Wars: Earth Defense Force is a pointless game in an already pointless genre and a complete waste of an intellectual property. If there are any other business folks out there who are thinking of putting their games on mobile, I beg of you do not follow in these footsteps. If you’re going to rip off another mobile experience, rip off Hearthstone or Clash Royale or even Skee-Ball. Just don’t continue to waste your effort and our time with another dumpster fire of a mobile “game.”