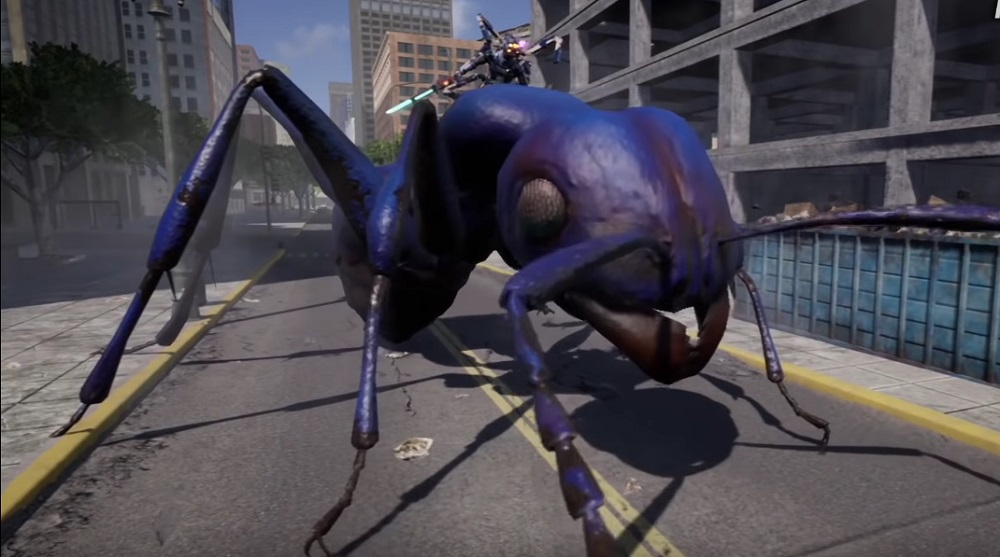 D3 Publisher has dropped its latest Japanese trailer for Earth Defense Force: Iron Rain. The 10-minute clip lets us catch a glimpse at some of the bug-stomping that awaits in this latest entry to the tongue-in-cheek action series.

Alongside the brave men and women of the EDF screaming and performing calisthenics (don’t ask me, pal) we see “are brave boys” go into battle against the hordes of giant insects and monsters that are the series trademark. We can see various classes – such as Rangers and Wing Divers – in action, unleashing hi-tech weaponry against the insect menace. One soldier even rides into battle undercover atop their own giant ant!

Let’s face it, it all just looks like more of the same, as is the Earth Defense Force’s wont. But that’s what keeps the fans happy, and no doubt the franchise’ loyal troops will be beaming when Earth Defense Force: Iron Rain launches worldwide, April 11, on PS4.