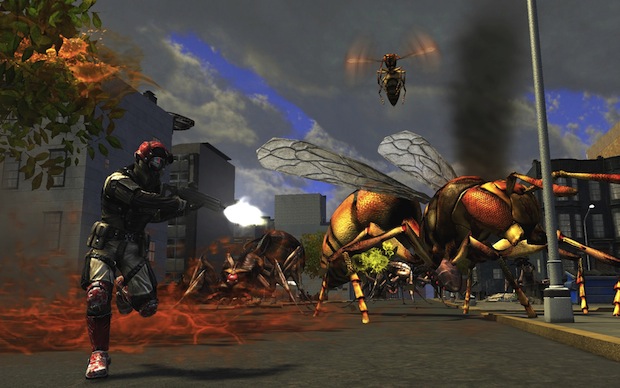 D3Publisher has announced that Earth Defense Force: Insect Armageddon will be available on Steam for PC this holiday season. Bugs: the best Christmas present ever!

This will be the first time we’ll see EDF on PC. This version will include all the previously released DLC that the console version received. Expect cloud saves and Steam Achievements.

Are you bugging out over news of the PC version’s release? If so, check out some new PC screenshots in our gallery.