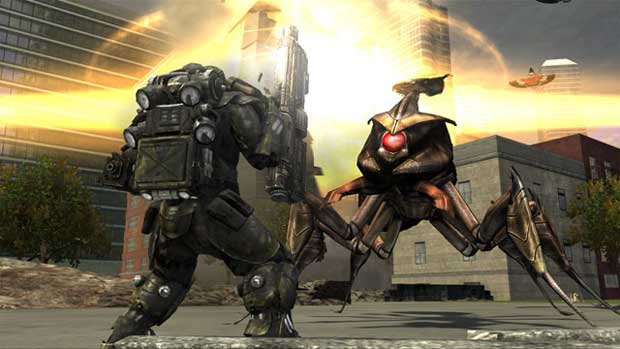 If you graduated from the “School of Messing Big Bugs Up With Big Guns N’ S**t,” great news — Earth Defense Force: Insect Armageddon is now gold.

D3Publisher says there’s still time to get in and pre-order the game, so here it comes — retailer-specific pre-order DLC to get you all worked up.

Folks who pre-order from Best Buy will get the “Death From Above” Jet Armor Pack, which gives you 15 of the game’s biggest and baddest weapons in a single supply drop. Head to GameStop with your pre-order dollars and get “Pounds of Pain,” a Battle Armor Weapons Pack that gives you 15 weapons “designed to bury the enemy underground.”

Pre-order or not, I know a lot of people (particularly Colette) were looking forward to spilling some bug guts this summer. It’s only $39.99, too, which sweetens the deal quite a bit.