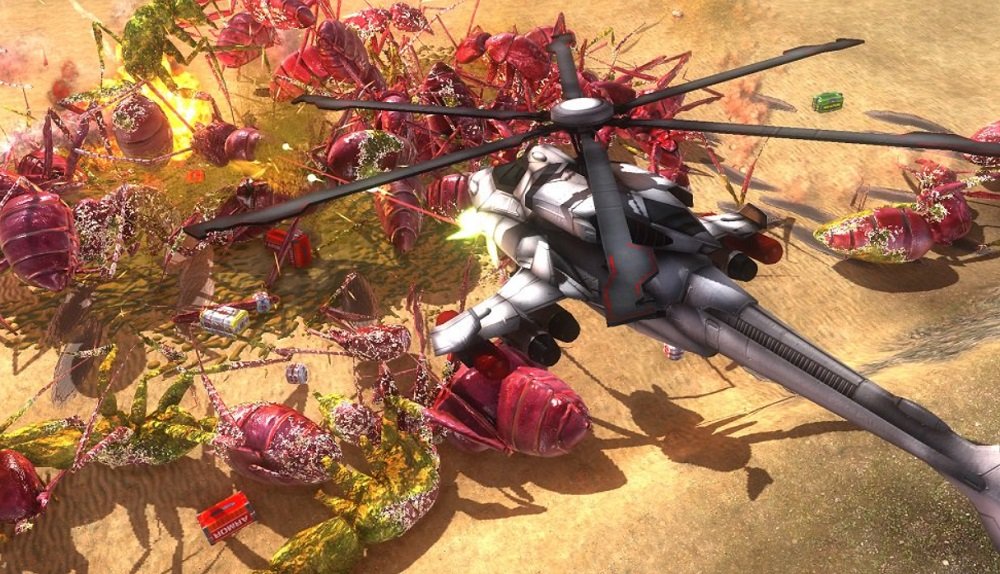 The EDF Deploys! On Steam!

In a surprising bit of news, D3 Publisher has announced that intergalactic bug-stomping sequel Earth Defense Force 5 will be deploying on PC as soon as this week. Following on from its release on PS4 in December 2018, the goofy action title will launch on Steam Thursday, July 11.

One of the most recent entries in the goofy, madcap and endearingly bad sci-fi series, EDF 5 brings about yet another mass army of ants, spiders frogs and other critters to Earth, where you, as a new recruit in the EDF, must battle alongside your comrades-in-arms in over 100 missions of glitchy mayhem.

With a choice of four distinct classes, multiple weapons and vehicles allowing for assault via land or air, and online multiplayer action, only you can prevent the extinction of the human race at the pincers of the insectoid army.