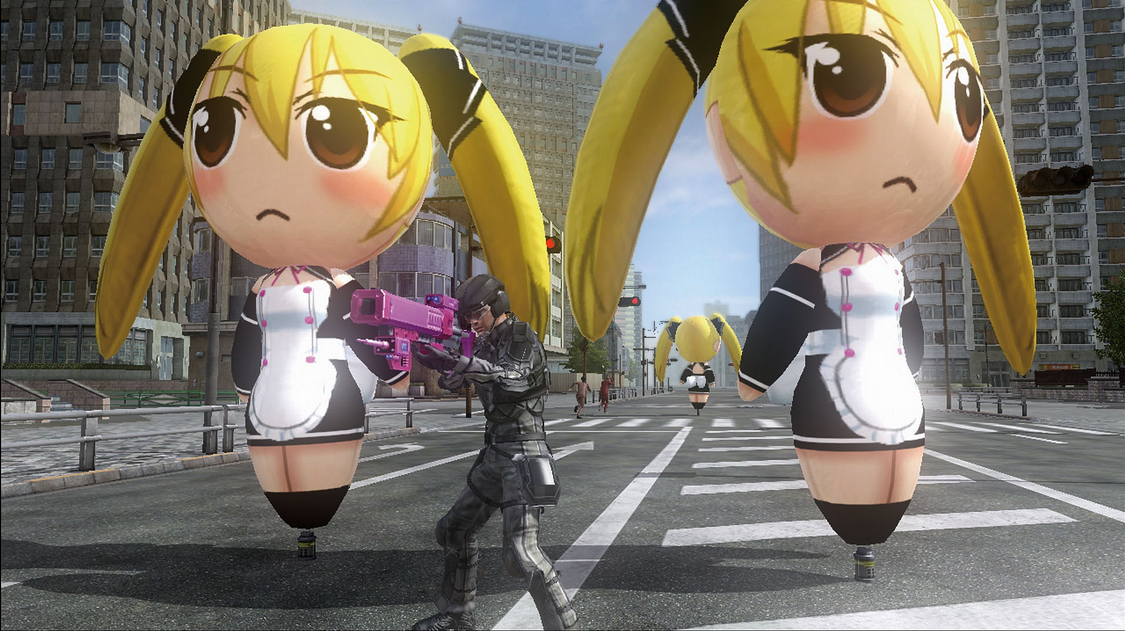 Strike Force Lighting, EDF Operations here. The ravagers are preparing for another attack run in Earth Defense Force 2025 for PlayStation 3 and Xbox 360. The bugs are planning a joint strike on both North America and Europe in February of next year.

But you’re in luck. Earth Defense Force 2025 comes saddled with a vast arsenal of weaponry to combat the alien threat. Just remember the best thing you can do is attack them while avoiding their attacks.

To supplement standard issue gear, soldiers can reserve the Air Raider Weapons pack, which will be available exclusively via GameStop pre-orders. The cache includes the pure decoy launcher, which is a fantastic balloon weapon shaped like an anime girl. The kawaii killers are designed to attract nearby foes and engulf them in fiery explosions.

Additional downloadable weapons packs for the action-packed shooter will be dropped in from Japan at a later date. But as marvelous as things like violent napalm and reflectron lasers sound, it’s hard to imagine anything topping detonating cutesy cartoon dolls to fell a horde of gigantic alien ants.