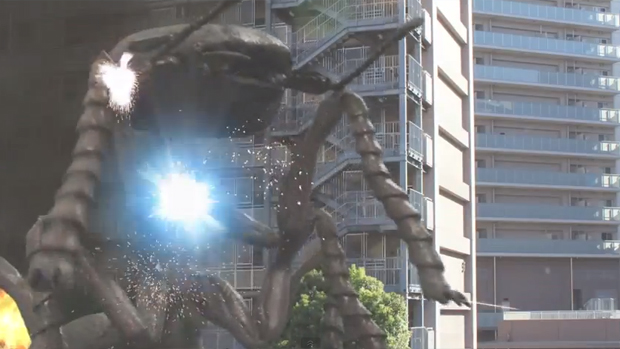 Less than a week after I got to play the new handheld port of Earth Defense Forces 3 Portable in Japan, it has been announced through the game’s official Twitter account that the title will be finding its way to my home region! Re-dubbed Earth Defense Force 2017 Portable to match the naming over here, the new release will support four players in online multiplayer, features new missions and adds the flying, “Pale Wing” character type.

The bug-popping action is currently set to go off in winter of 2013. That’s a long ways away, but it’s plenty of time for me to get a Vita to play it on. EDF! EDF! EDF!