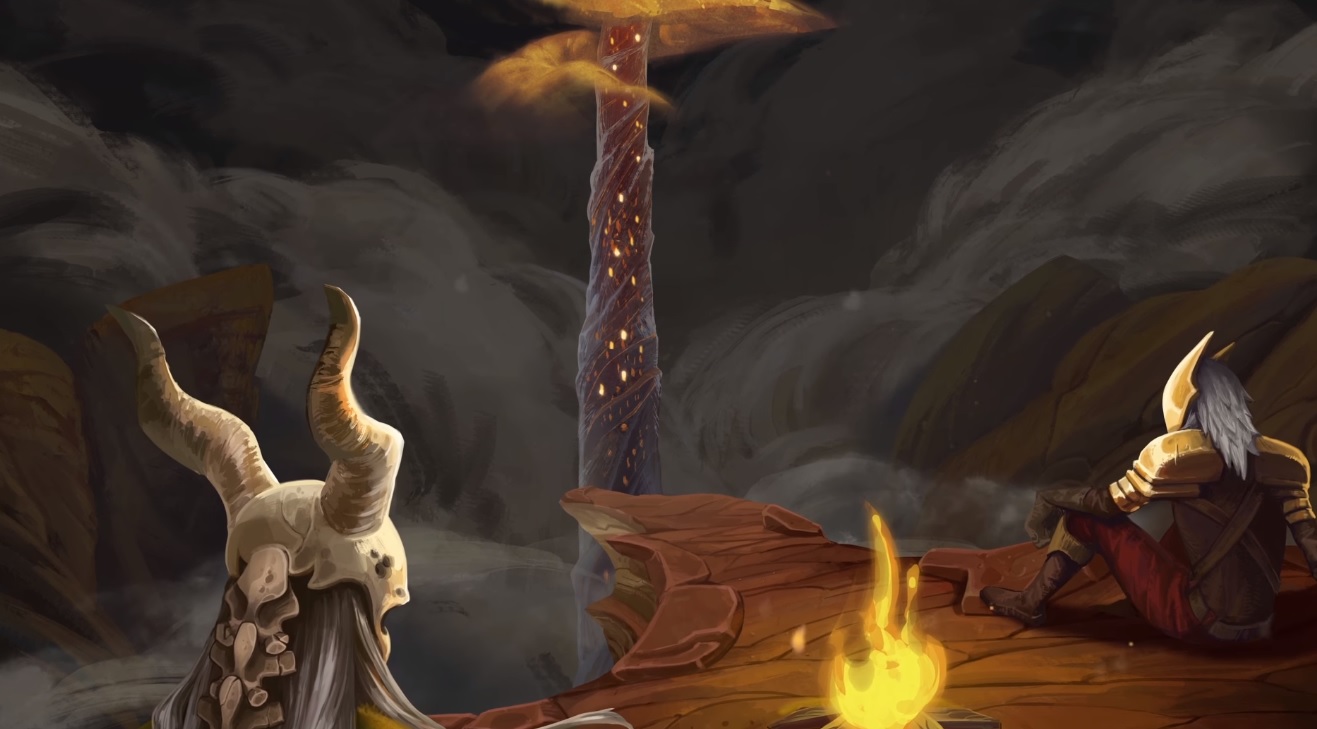 Be still my beating spire heart

I love the indie market. Unbound from major publishers that want to reach as many people with a single strike, indie developers operate on their own rules. These smaller teams are perfectly set up to find a niche in gaming, hone in on what makes that niche great, and then refine their game until it brings out the best of what said niche has to offer.

It’s not that all indie games are special though — for every FEZ, Super Meat Boy, and FTL there are a thousand more that fail to rise to their potential for any number of reasons. A game that perfectly encapsulates the potential that indies have comes around once or twice a year; Slay the Spire is one of those games and it isn’t even out of Early Access yet. 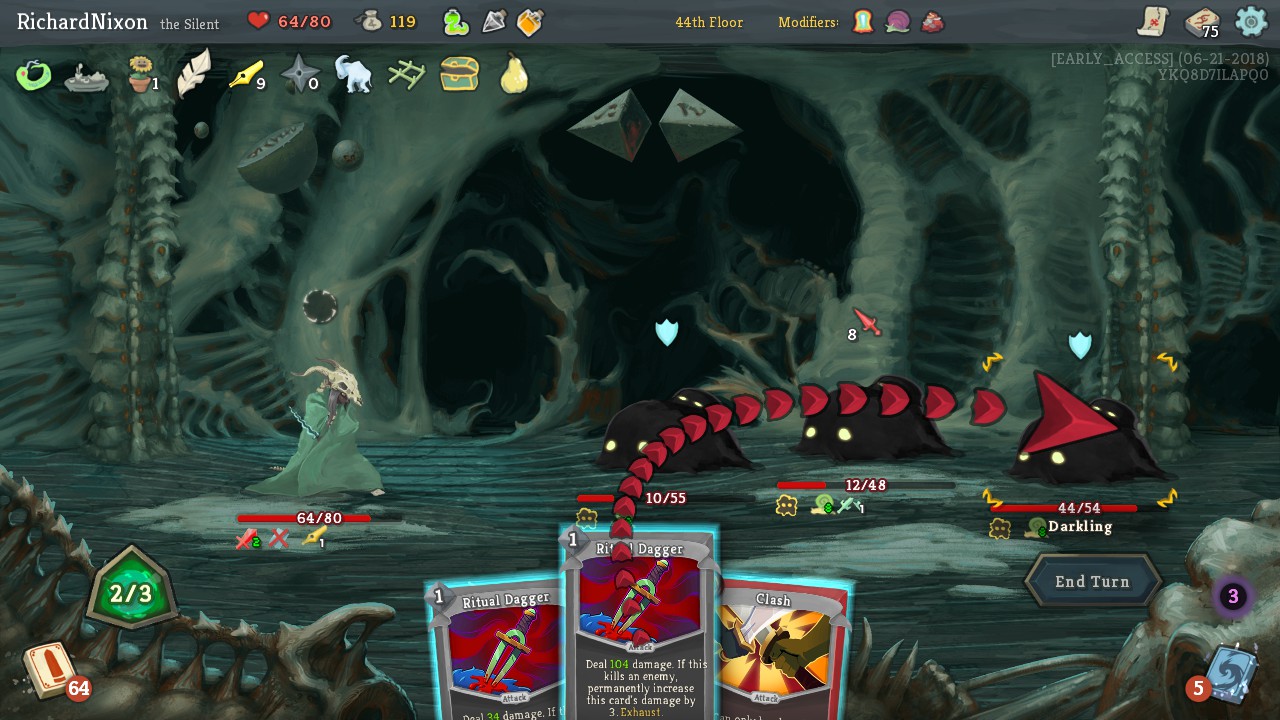 Slay the Spire is what would happen if a Magic the Gathering draft event had a love child with a roguelike dungeon crawler and raised that child to be the best it could be in front of everyone.

The basic gameplay is that you have a deck of cards that make up your abilities to fight monsters as you climb a spire. Your abilities can be offensive, defensive, or inflict various buffs and debuffs on either you or your enemies. Each of the cards is assigned a mana value, and you get five cards per turn and three mana to use as you see fit. When you run out of cards in your deck, your discard is shuffled back into your draw pile and the fight continues. The unique beauty of the game is that you get to see what your opponents will do next turn so you can prepare accordingly by either doubling down on defense or trying to kill the attacker before they do damage to you. It looks like a lot to take in but when you see it in-game it works perfectly.

You move through the spire on a map that is reminiscent of the sector maps in FTL except for this time you know what awaits you and won’t jump into a star and get boarded at the same time. Because of this, you can see the path that lies ahead of you and make an educated guess at which route you will have the most success on. The map is almost a microcosm for the entire game, you can see what lies ahead and can start strategizing right away but it won’t always go as you planned.

As you progress through the spire you gain cards from enemy encounters and random events sprinkled throughout. When you earn a card you are allowed to choose one of three random cards that are presented to you. The cards aren’t always helpful to you but you aren’t forced to take one. Along the way, you can also gain relics from chests and bosses but they aren’t always purely beneficial. Now you might think that you would want as many cards as possible but because of the deck cycle mechanic, keeping your deck lean and mean can be a viable strategy, especially when you have a good deck in place. When you get a good deck going, you can pull off some diabolical stuff that would warrant a table flipping if this were a Magic game.

While the game is still in Early Access, it feels like a complete game. You can finish a base spire run with three different characters, all of which have their own unique playstyle. There is the roguelike mandatory feature of a daily run, which is always good for competing with friends, especially when they constantly lose to your score. The most recent addition was a custom mode which lets you make a run that either punishes you or allows you to live out your megalomaniac dreams. As far as future features, Mega Crit has stated that the game is nearly finished but all they need is some polish and balancing. As far as future platforms, while it isn’t official there was a tweet about them bringing it to Switch and Mobile after coming out of Early Access. 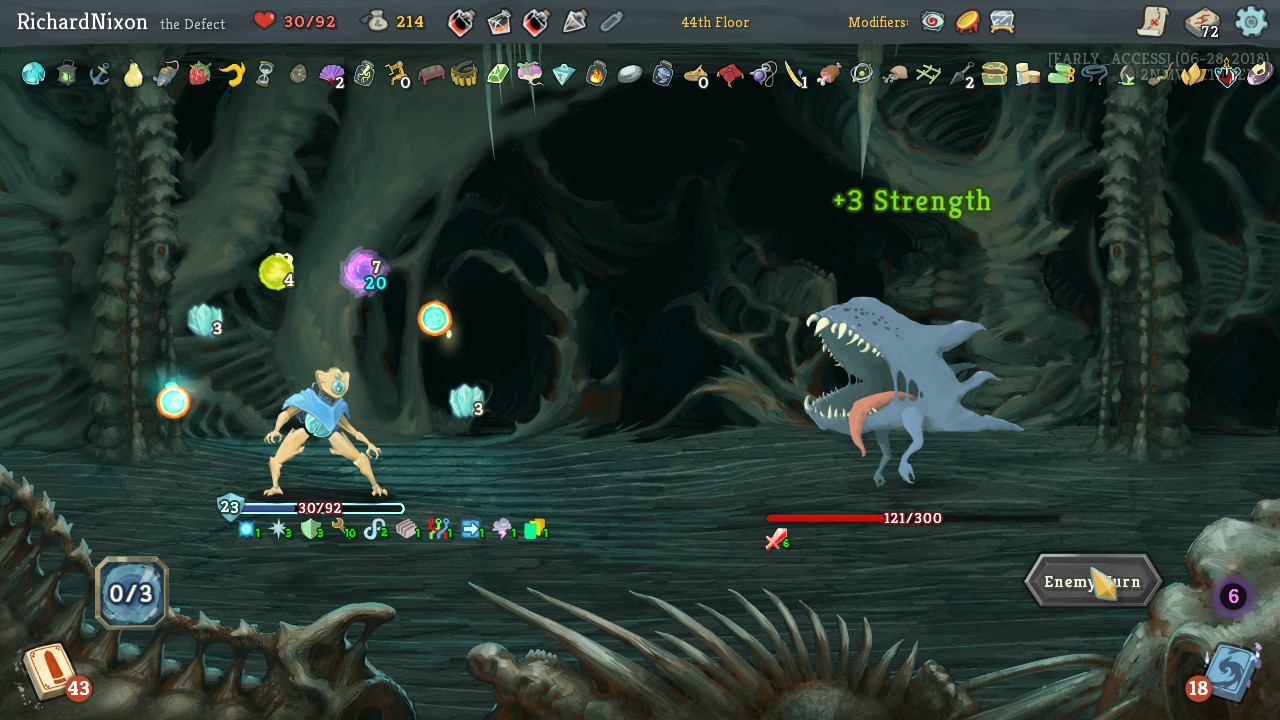 The combination of the roguelike and card genre seems like a match made in heaven and Slay the Spire uses that match to craft something amazing even while in Early Access. I do wonder why it took so long for someone to bring these two genres together in such a well-done manner but that matters not because it’s here now and roguelike and card game fans are better off for it.

Slay the Spire is currently in Early Access on Steam with no date set to come out of Early Access.