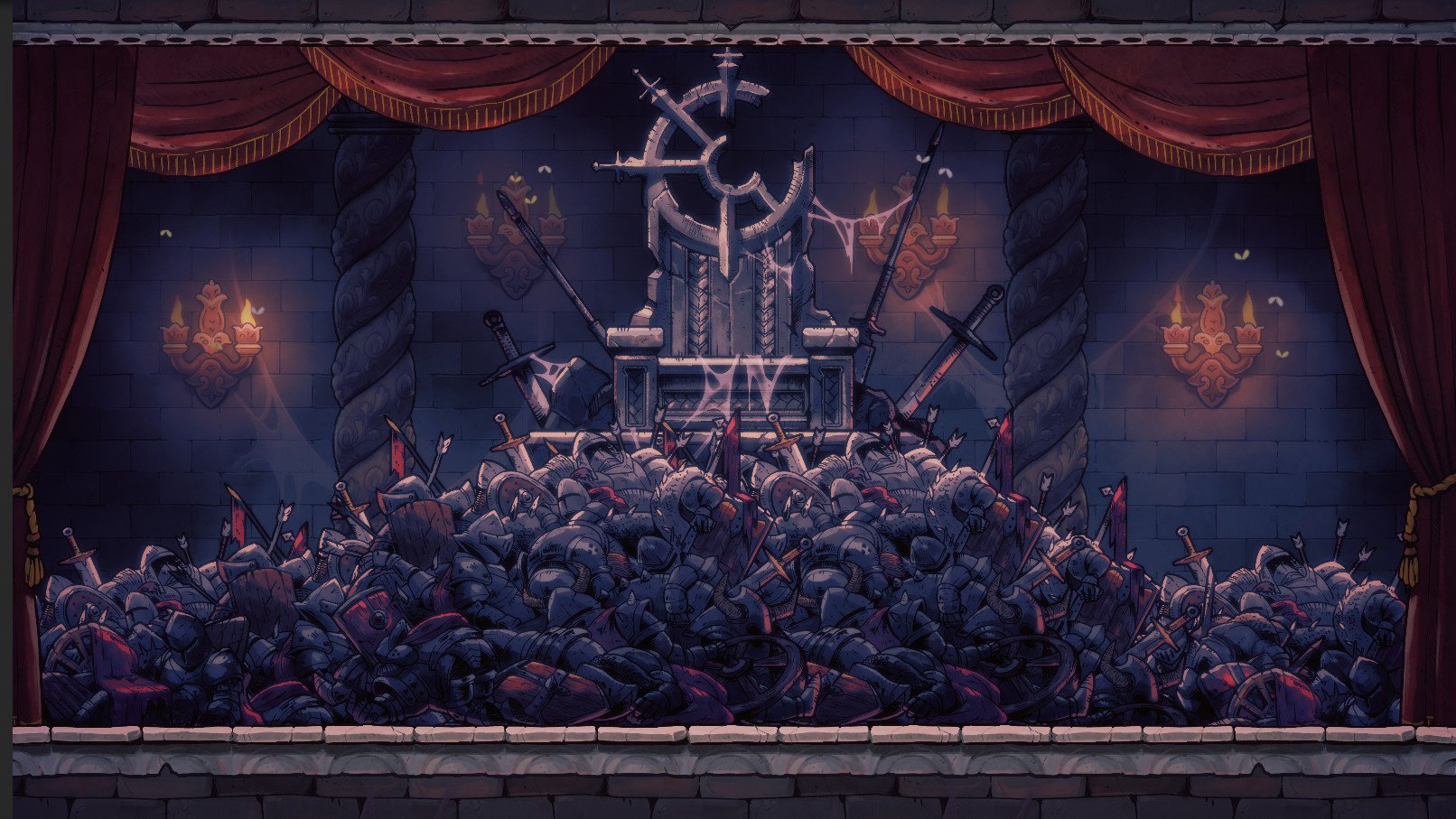 A smart step forward for the series

We’ve been spoiled by all of the great roguelike games over the past few years, but for some people’s money, there’s no topping Rogue Legacy, a platformer spanning generations of would-be heroes.

Seven years later, Cellar Door Games is back with Rogue Legacy 2 – a smoother, prettier, all-around more refined take on the castle-crashing formula. It isn’t close to done yet, but it’s already fantastic.

If all goes well, I could easily see it surpassing the original. 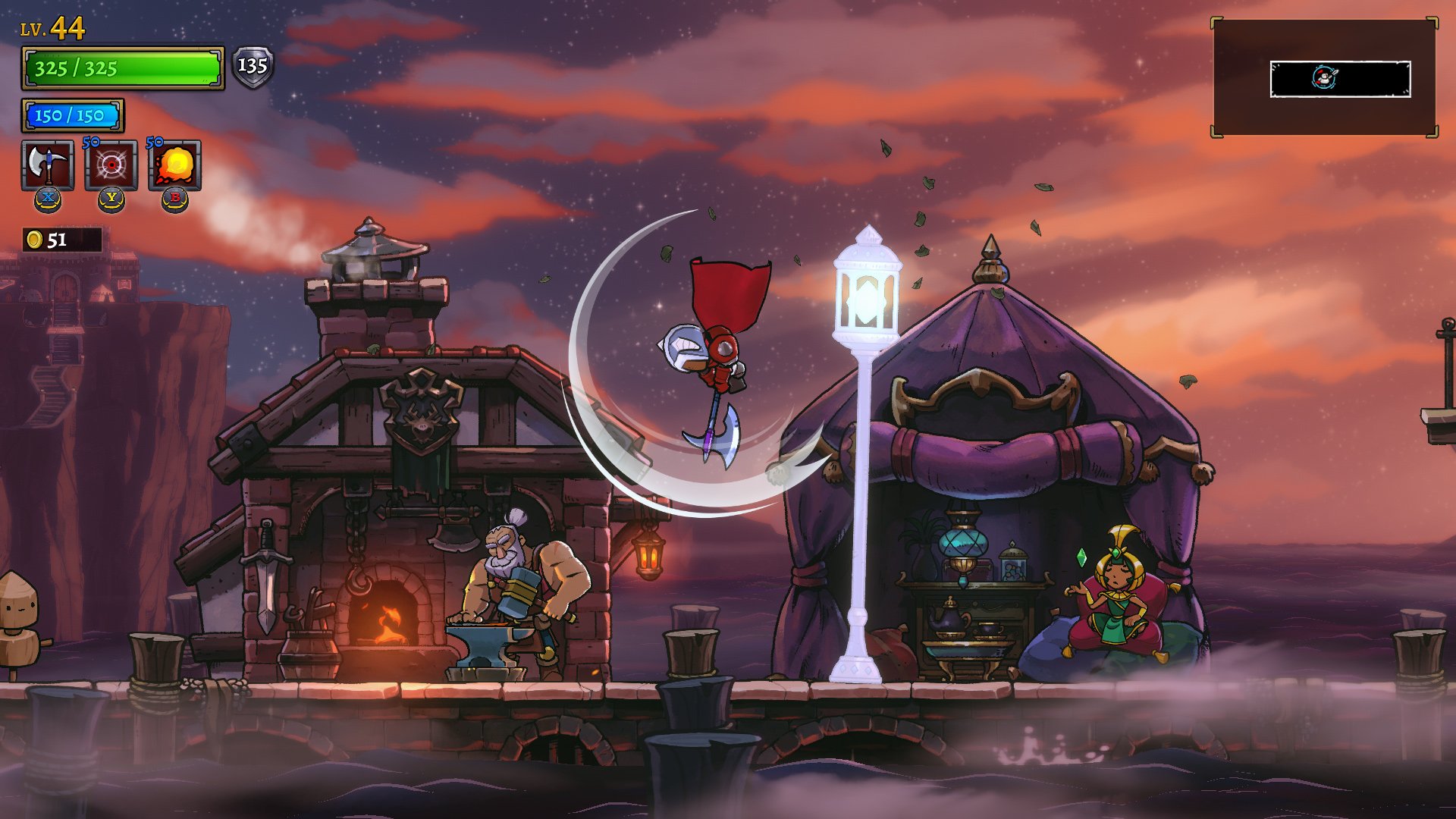 The main thing to know about Rogue Legacy 2 is that right now, in Early Access, it’s on the short side.

For some of us, that might secretly be a blessing. I exhausted the Early Access content in around five hours, which means I have no real reason to continue down this enthralling rabbit-hole. And yet…

Rogue Legacy 2 is so inherently fun as an action-platformer – thwacking skeletons with a big Barbarian axe is such a distinct pleasure – that I don’t want to put the game down. I may have finished the launch-week content, but even without a sense of incremental progression to string me along, I’m still hooked.

There’s one finished biome (a familiar castle environment), a limited selection of permanent branching unlocks to benefit your adventurer across runs, and a single boss (though he won’t go down easily). You’ll slowly gain enough gold, armor, abilities, and know-how to have decent odds. Even still, you’re gonna die a lot – sometimes suddenly, but often through minor mistakes that pile up – and that’s okay.

While your progress can be slow-going, especially during botched runs that bring in a pittance at best, Rogue Legacy 2 doesn’t feel stagnant. Before long, you can afford a Living Safe that’ll let you stash a small portion of your proceeds between runs, and from then on, success is a matter of when, not if.

It feels like every hit – every mistimed jump or miscalculated plan of attack – matters, even after my fragile hero beefed the hell up. Outside of a few rare unfair rooms, I’ve had a great time with the procedural generation. The enemy and trap designs are well-telegraphed and their behaviors are intuitive. It’s exciting to duck into a new room and try to formulate the ideal order for prioritizing threats. 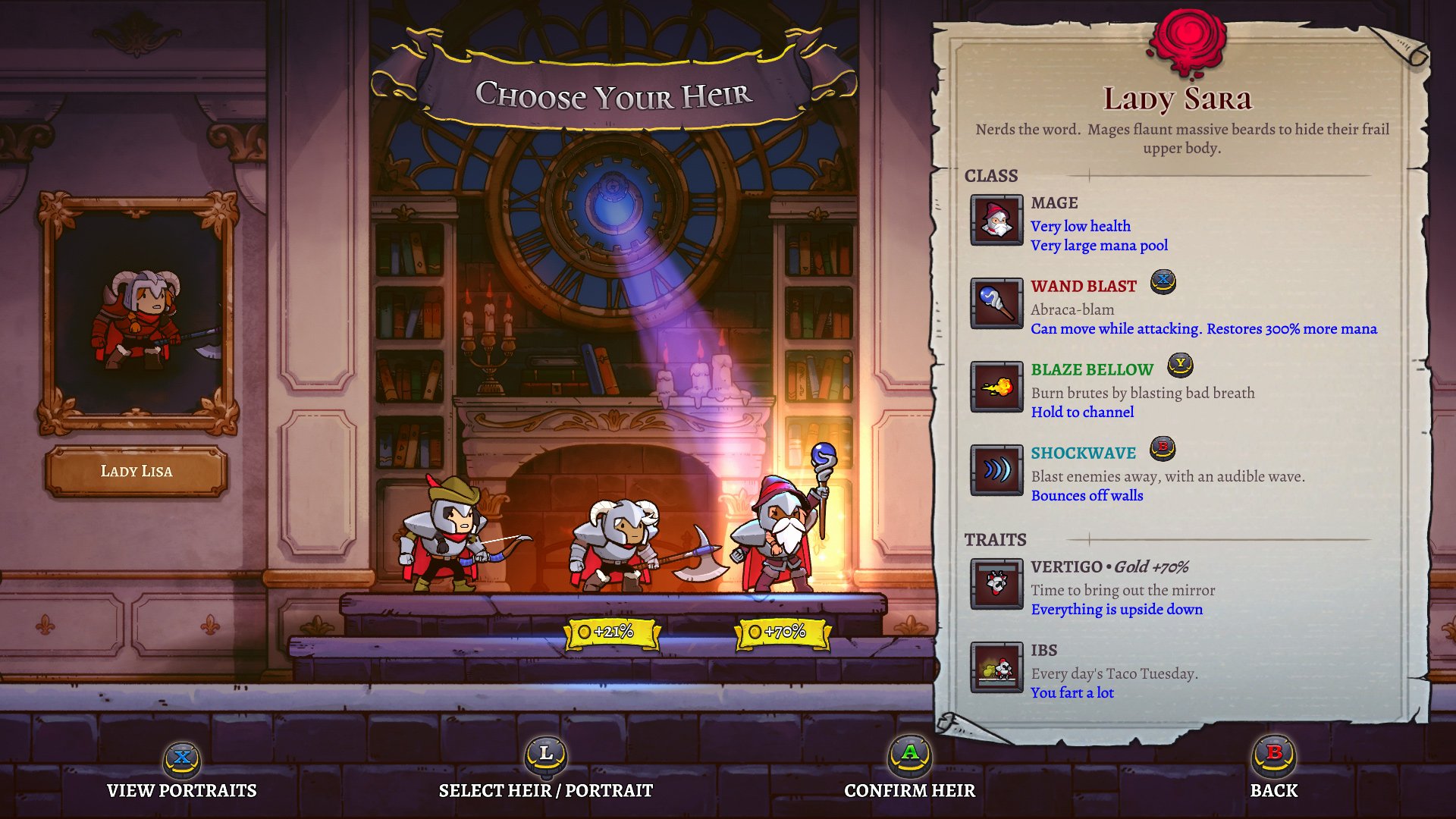 Apart from the sword-swinging starter class, you can also play as a meaty Barbarian (with a fun-as-hell spinning jump attack), a Ranger (with clutch mid-air shots), and a Mage (with explosive spells). That’s a step down at first glance, but everyone has more of a distinct identity – even the ranged classes play differently from one another – and again, this is Early Access. At least eight more are “planned.”

After a couple of hours, you’ll probably find one or both of the Heirlooms – permanent ability upgrades. They’re cleverly handled. Instead of stumbling on a rare chest and unlocking, say, a dash ability, you’ll warp to a different zone to prove your worth in a platforming challenge built around that specific ability.

The same goes for the lore, in general. There’s some cool world-building tucked away in tomes. At the height of that coolness, I followed a clue and found a secret note related to the first boss, Estuary Lamech, that permanently raised my damage against him on all runs from that point forward.

I’m also stoked about the way traits function in the sequel. These helpful and harmful game-altering attributes will still pop up randomly in the character-selection process before each castle-storming session, but there’s more of an incentive to stick with the nasty ones even if defeat is inevitable. Simply put, bad traits generate bonus gold as a trade-off. I’m far more willing to put up with a blurry filter, an upside-down screen, or censor-blurred enemies if it means extra cash every step of the way.

As for unlocks, they’re pretty basic since the skill tree is limited. Expect to gain raw damage and health increases, armor to absorb a finite number of hits, shopkeepers like the blacksmith and enchantress, the aforementioned character classes, and that all-important Offshore Bank Account for your nest egg. 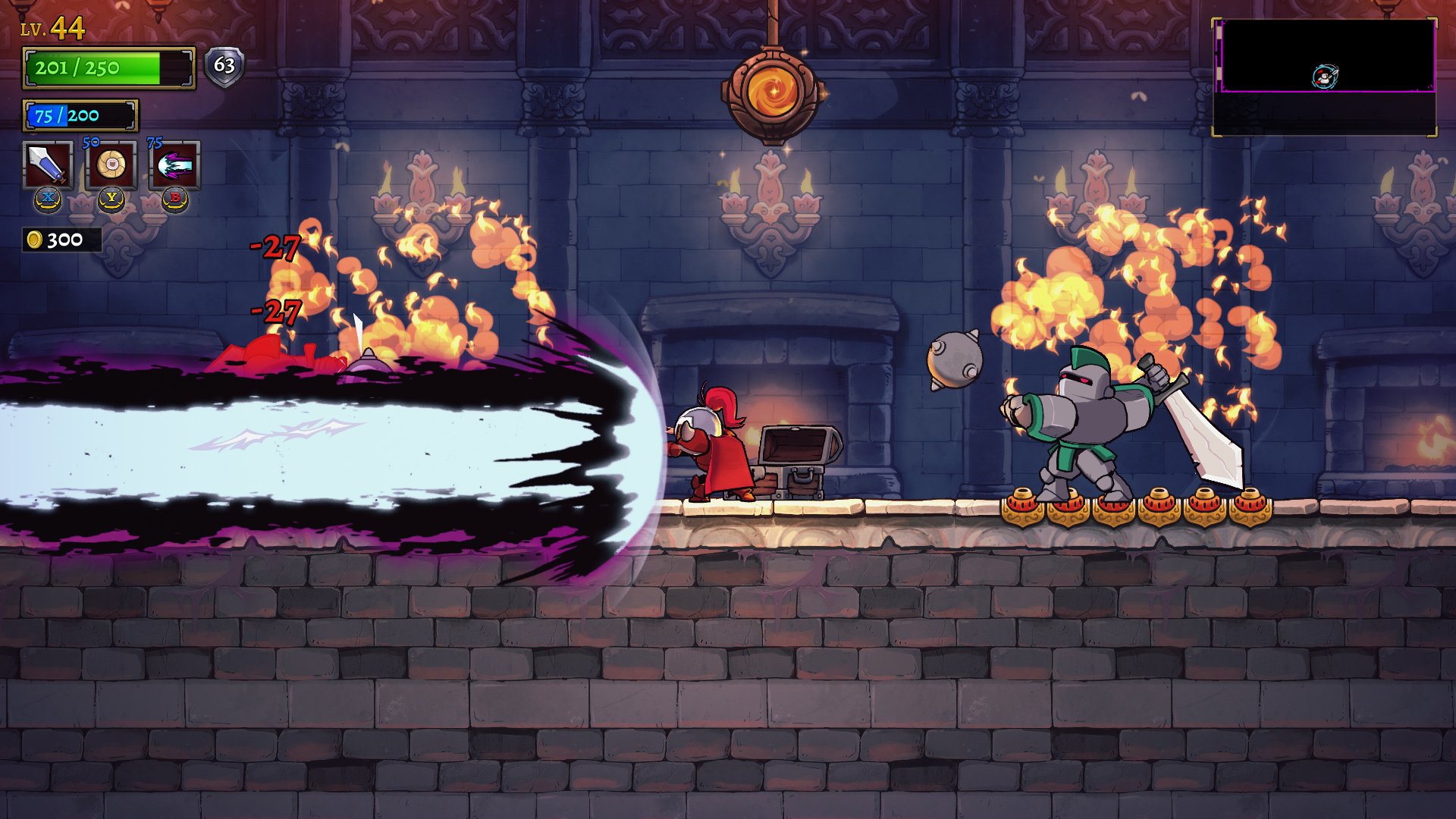 On the less-than-ideal front, for as gorgeous as Rogue Legacy 2 looks in motion – honestly, I haven’t acclimated to the stellar animation and art – performance can be spotty. “A little framey,” I’d say. Nothing to ruin a run, and nothing to stop me from recommending this game, but distracting at times.

Once that’s cleared up, and once the content is bolstered a bit, this will be a must-play without caveats. I still think fans will want to check out the unfinished version to lend their feedback, and they’re bound to have a blast, even now. For everyone else, hold off until a few major updates have gone out.

As sparse as the game is in Early Access at launch, Rogue Legacy 2‘s refined look and feel already give me so much confidence in Cellar Door Games’ ability to nail the sequel. It’ll be one for the ages.