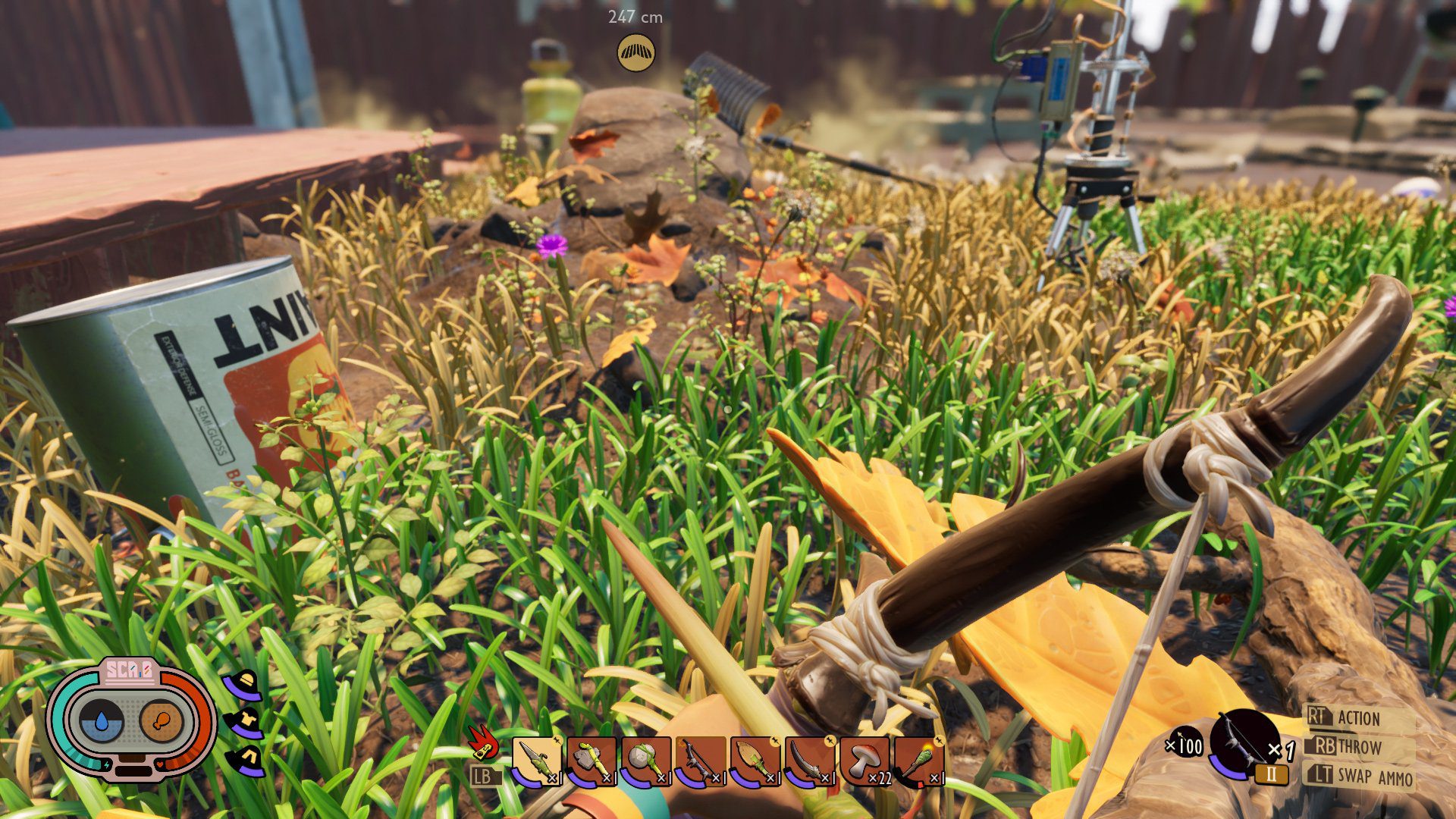 All of my favorite survival games tend to have an unspeakable horror to keep me on my toes, and Grounded – a shrunken-down solo/co-op adventure from RPG powerhouse Obsidian – is no exception.

Even if you’re the kind of person who refuses to squish spiders and goes out of their way to carefully capture and release them outdoors, you aren’t ready for these towering eight-legged freaks.

Some of them hide in creepy tunnels. Others prowl in the open, bending tree-sized blades of grass off in the distance. They scurry. They can take you out in just a strike or two. And they must be stopped.

Obsidian included an Arachnophobia Safe Mode for a reason. 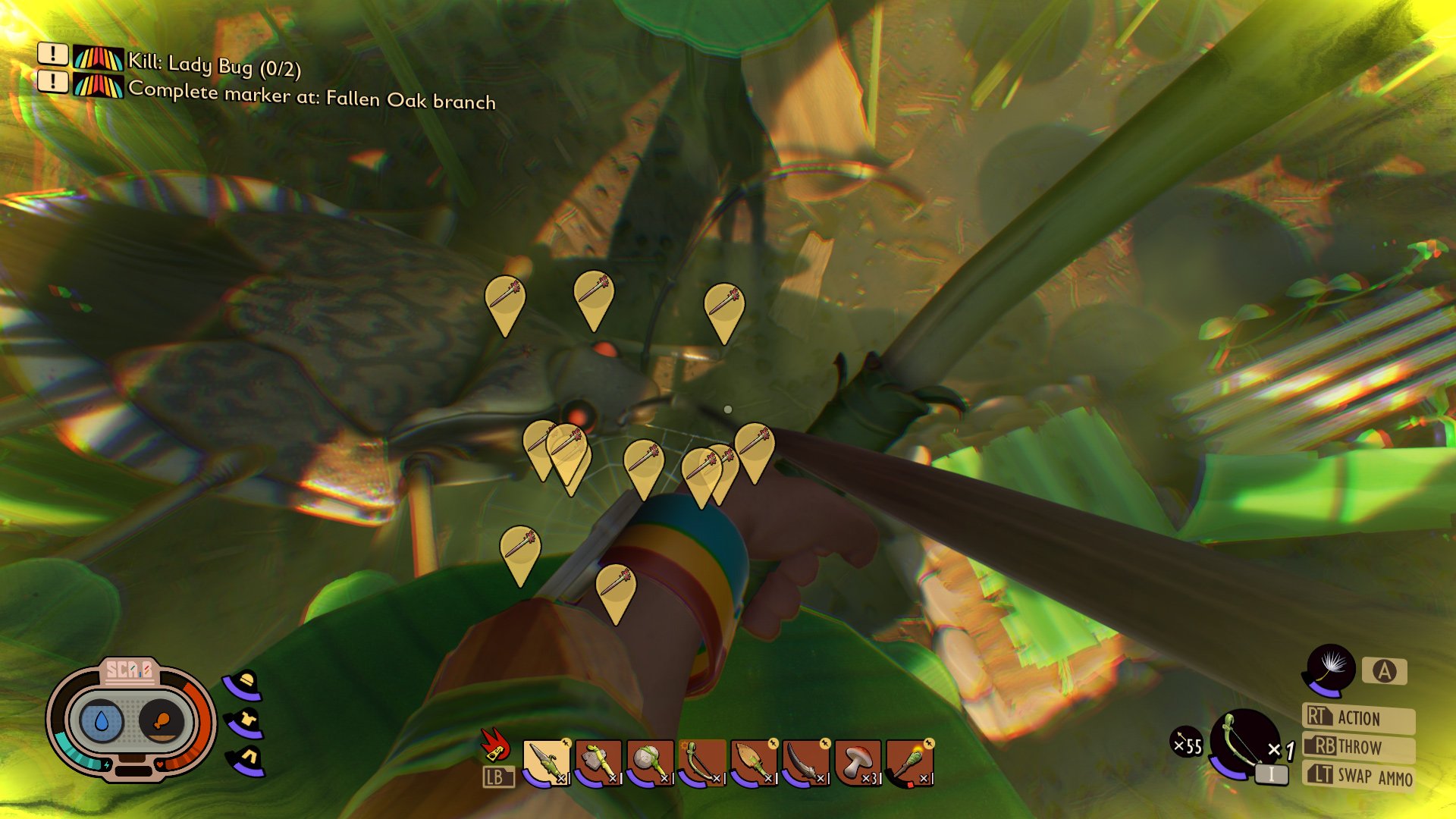 Obsidian Entertainment doesn’t have a history with the survival genre, and that makes this Honey, I Shrunk the Kids-inspired romp all the more impressive. Even now, in Early Access, with little to no story to speak of yet, this is one of the coolest game worlds I’ve had the pleasure to explore in 2020.

A word of warning, though: if you’re coming into this work-in-progress build of Grounded more for the story than the base-building, armor-crafting, material-researching survival elements, you might be disappointed – at least initially. The current quests are short and mostly just set the stage.

Having played a demo of Grounded and gotten a basic feel for the map and crafting system, I was able to finish the Early Access story content in 30 minutes without trying to rush. As a shrunken kid in a dangerous backyard landscape, you’ll power up a machine, figure out how to fix a pair of laser-firing towers, and search for an underground base embedded near the roots of an oak tree. For the time being, that’s it. A message citing “the end of story content” pops up to share the surprising news.

The sole friendly NPC, a robot named BURG.L, will give you more subquests each (in-game) day that involve tasks like killing a certain type of insect (like a monstrous ladybug or a toxic beetle) or placing a flag on a point of interest (like a massive half-buried Battletoads action figure or a pesticide sprayer).

Beyond the kernel of a story, the main incentive to keep playing Grounded is to earn Raw Science points, trade them with the robot for more crafting recipes including floors and staircases, and explore to your heart’s content. Roughly nine hours into the game, I’ve unlocked essentially every item I need or want. 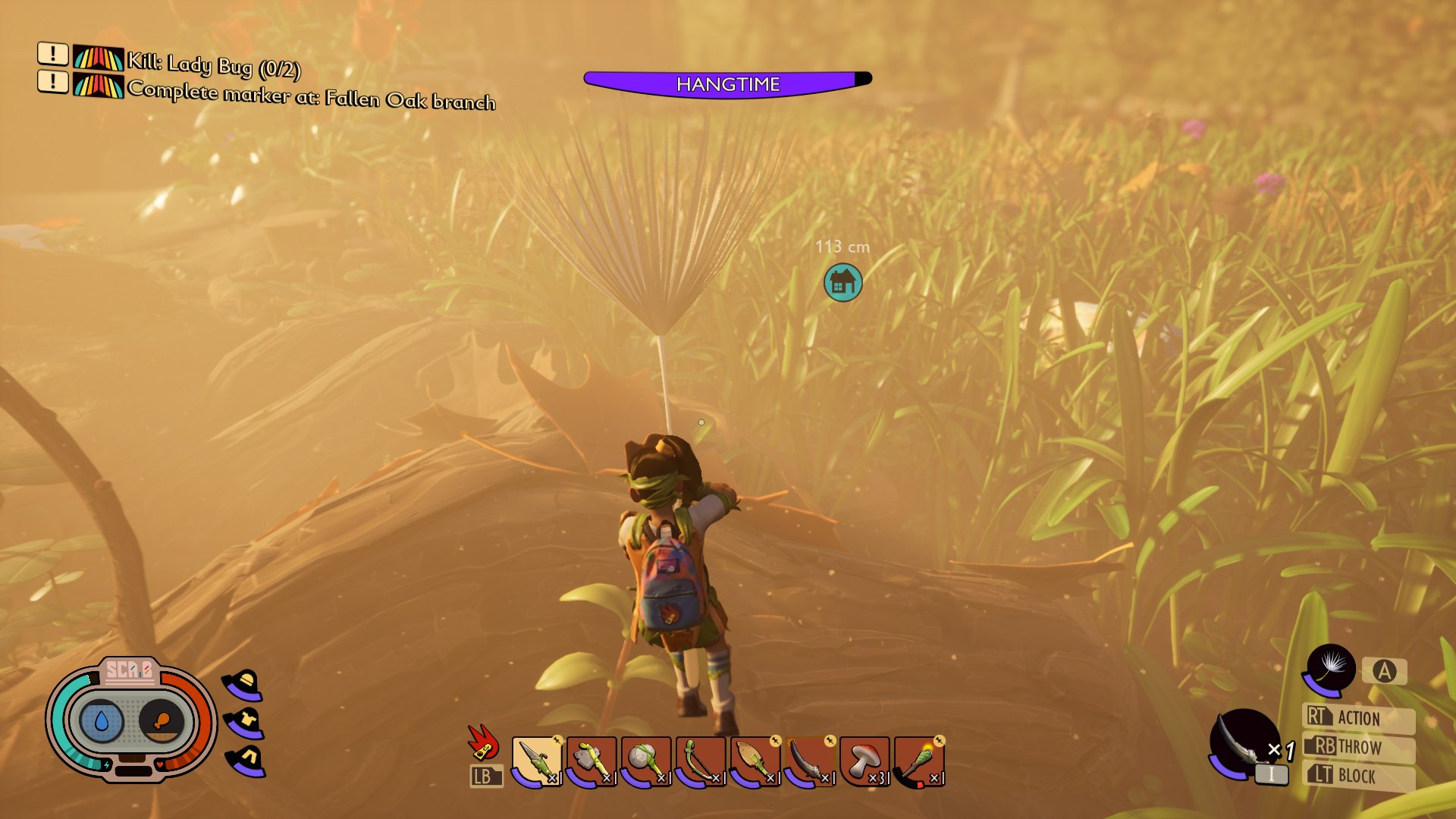 The bulk of my time was spent investigating tunnels with a torch in hand, finding a roundabout path up a bush to reach berries, and hovering in the wind with a dandelion glider, among other sandbox feats.

In other words, less harvesting resources – though there’s plenty of mini-lumberjack grass felling (to build walls) and mushroom foraging (to top up your hunger meter) – and more checking out the sights.

After building a reliable base, which you’re going to want to do so you can offload inventory items, cook food before it spoils, collect dew to drink, and sleep until morning, it’s easy to fall into a routine. Mine involved picking a spot on the map, searching the area for new bugs and natural resources, and tracking down the closest Field Station to research my new finds and unlock related recipes. It’s a fun loop.

Except sometimes, it isn’t. The biggest beasts in Grounded aren’t afraid to one- or two-shot you, and when you die, you’ll drop your backpack full of goodies. In multiplayer, you can revive one another. In single-player, the best bet is to save frequently – before every risky fight – and reload if you die.

The balance feels a bit off. I like that even the most insignificant insects can be a nuisance if you’re careless, and I admire the skin-crawling fear that spiders instill, but it took a long, long time before my weapons and armor felt up to the job. For most of my playthrough, I felt forced to cheese the bigger foes with literally dozens of arrows. I’m talking dragon-tail-under-the-bridge-in-Dark-Souls vibes.

That said, now that I’ve worked out how to make a stun-inducing Mint Mallet, I’m feeling cocky. 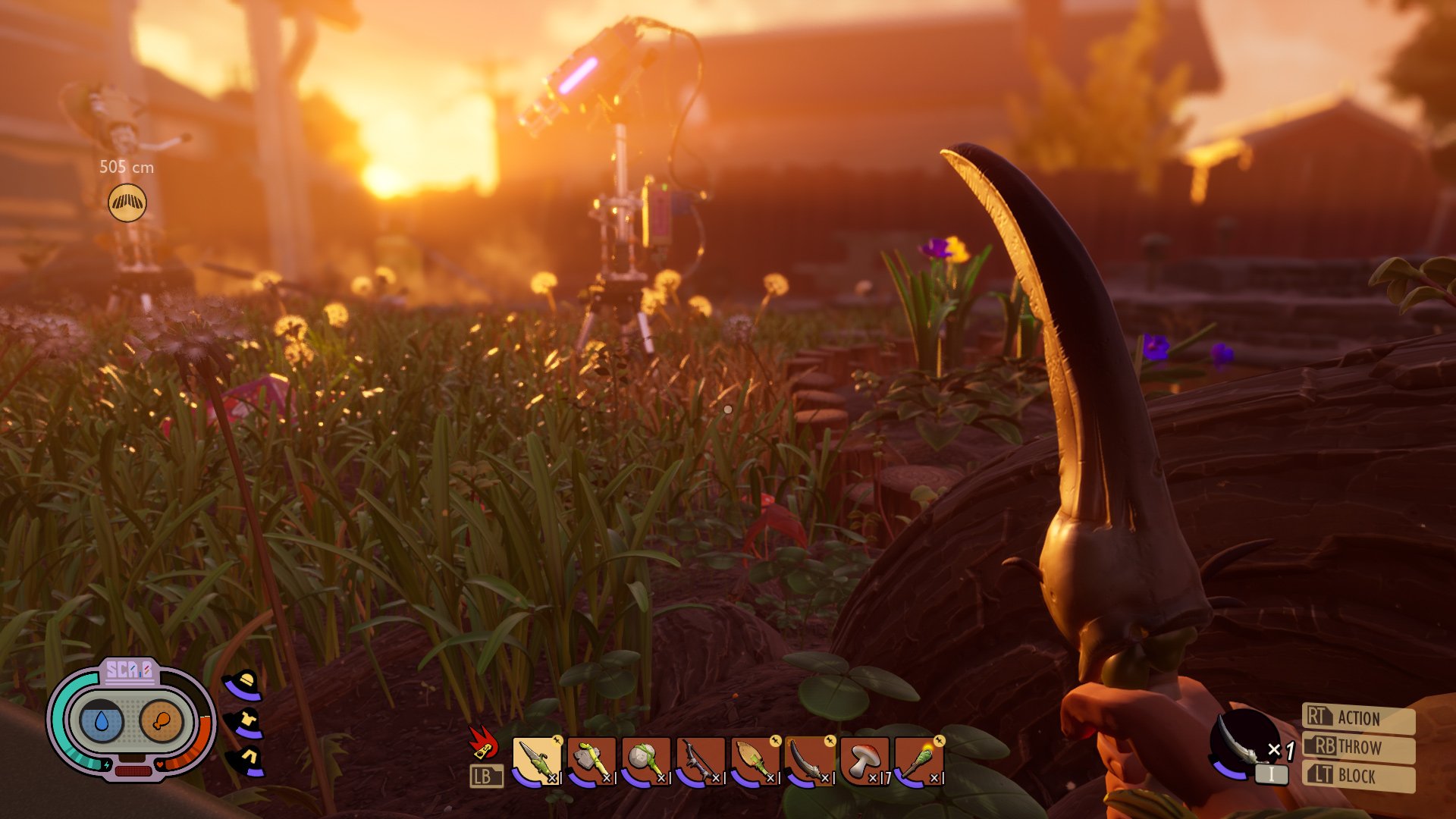 I’ve faced other issues – temporary audio cutouts, getting way too easily snagged on foliage, not having enough inventory space – but I enjoy what’s in Grounded at launch and I’m confident about the future.

As is, even with very little story content and decent crafting, this macro world of bugs is a joy to explore.

Thinking further ahead, a better sense of character progression, more refined base construction, deeper combat, and more biomes and traversal gear will go a long way. If Obsidian can make the most of its ingenious setting (and take a few storytelling cues from Subnautica), we’ll be in luck.

Grounded isn’t a top-tier survival game, but it sure could be one day.