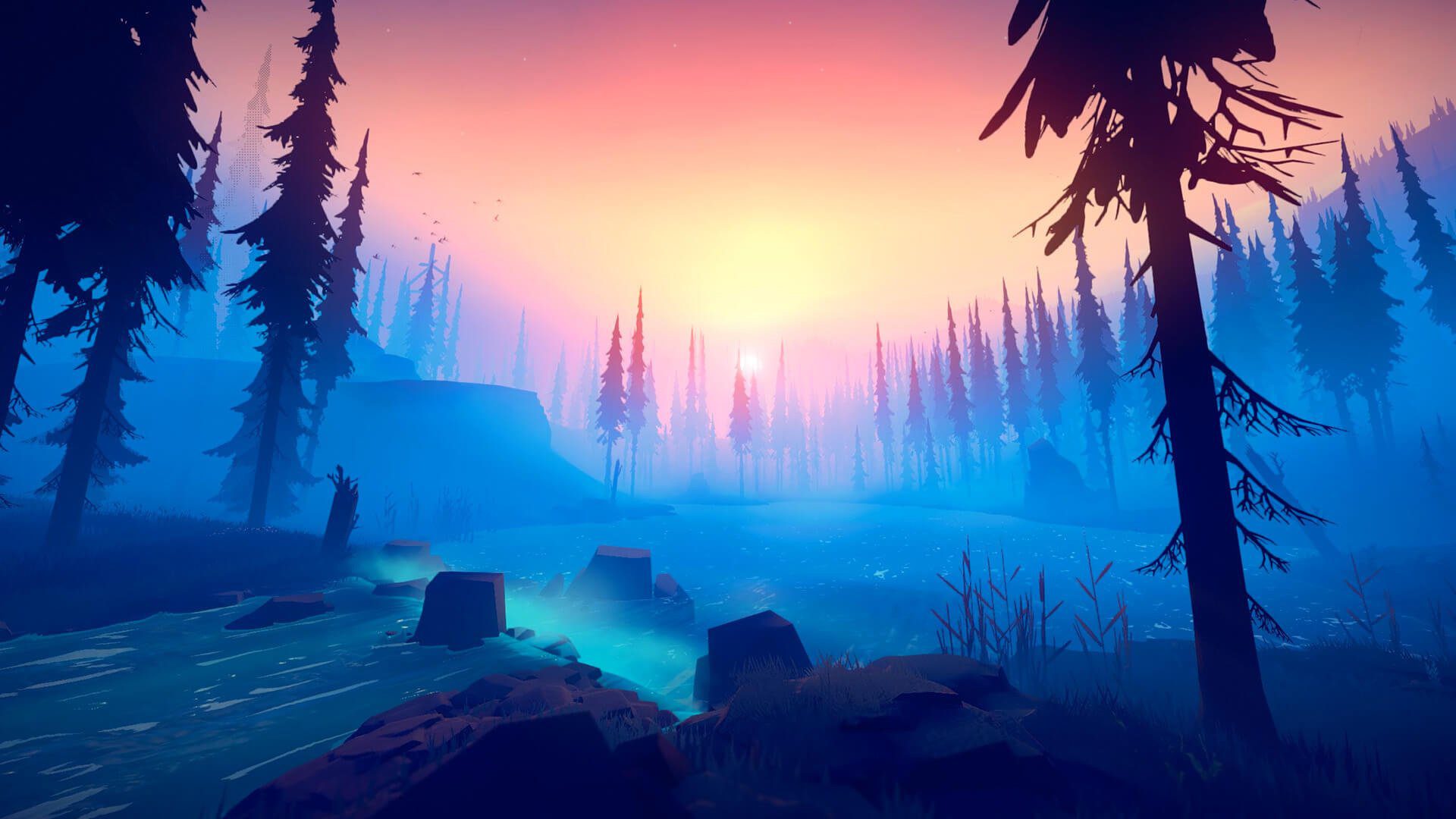 The shadow from the starlight is softer than a lullaby

Among Trees has some of the prettiest sunrises and sunsets I’ve ever seen in a video game.

I’m not sure how in the mood everyone is for another Early Access survival game right now, especially one as unfinished as Among Trees, but it clicked with me. Its vibrant art direction is so endearing – so visually arresting – that I didn’t even mind the sparse mechanics, limited content, and occasional bugs.

This one’s a simple pleasure through and through. Every unscripted moment could be a wallpaper. 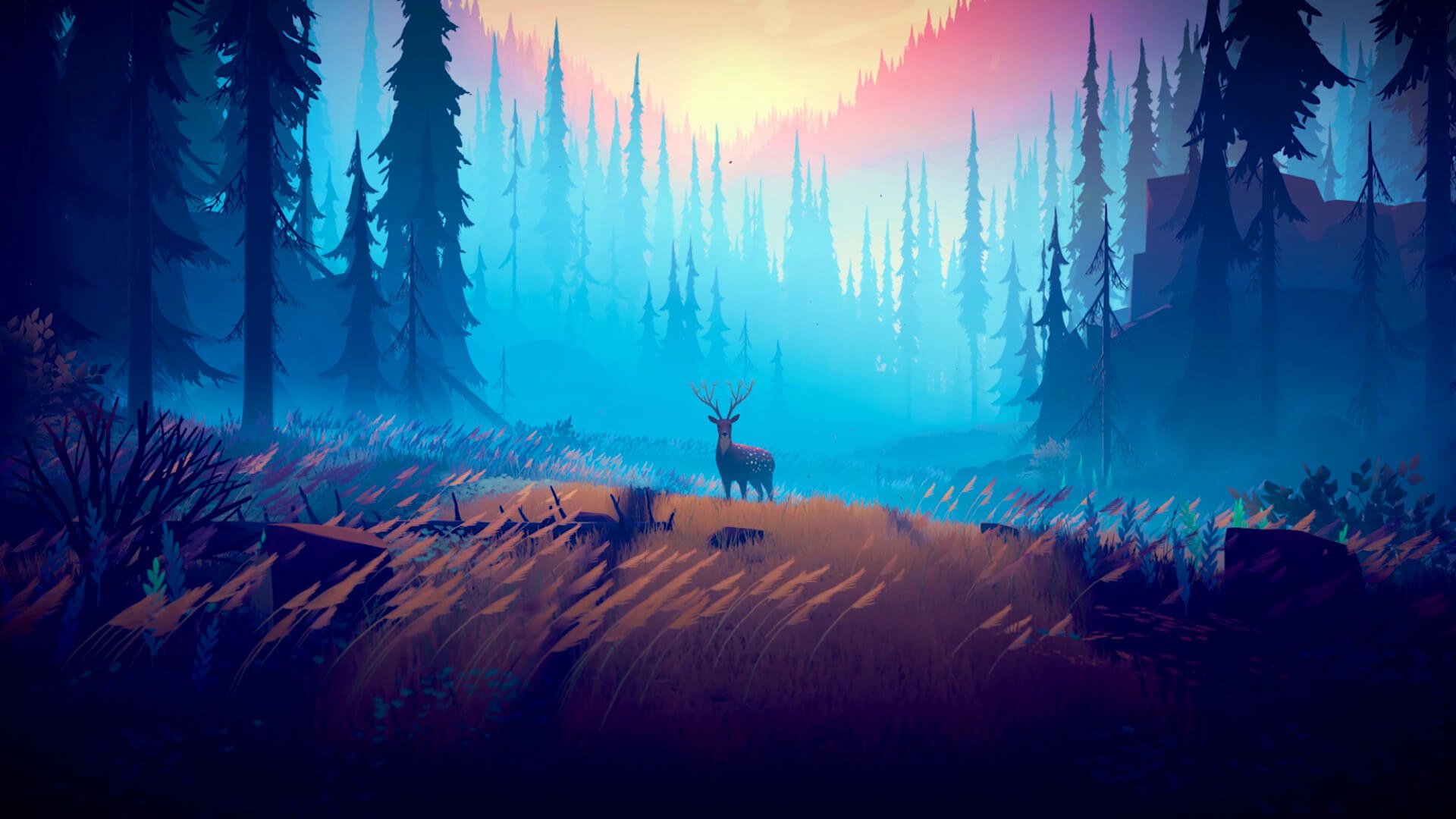 If you’re okay with a first-person game that mostly revolves around walking through the woods and foraging for mushrooms, you’ll be at peace with what Among Trees has to offer at launch.

Initially, you literally are just plucking snacks to keep your hunger meter topped up, searching for blueprints in the world, and collecting twigs, moss, and bits of scrap like nails and pipes. Head out early, fill every last inventory spot, and return home to snooze and manually save – that’s the routine.

My gut reaction was discouraging – “Is this really it?” – but once I expanded my rustic home with a few extra rooms, more crafting opportunities presented themselves and things started to snowball in the game’s favor. Eventually, I was able to grow seeds in a greenhouse, cook hearty stews with a wood-burning stove, hoard items I don’t need in chests, construct tools like an axe and a fishing pole, and sew better backpacks and outfits to make my stamina-burning excursions more efficient and safe.

A word of warning: the bears in Among Trees don’t mess around. They’re beasts. They tower over you. And if they catch your scent, they’re probably gonna get a swipe in and cause slow bleeding damage. This is a peaceful game, so all you can do is crouch to try and hide or find an alternate route. If you prefer, you can play in Zen mode, which removes this lone threat from the game for better or worse.

After losing an in-game day’s worth of progress once, I considered switching, but I like having stakes.

While you explore every direction, your map (once you craft one) will automatically fill in the details. You’ll uncover caves, streams, fishin’ holes, and gorgeous foliage that would impress Marge.

As someone who loves exploring for exploration’s sake, I’ll admit it, I was hooked. Among Trees isn’t a particularly big game, but that ends up working out fine. Even if you’re jogging (which runs on an auto-recharging stamina meter), it takes quite a while to get anywhere. It’s satisfying to learn the lay of the land, and whether a trip was productive or not, every square foot of map progress feels earned.

Above all else, I hope the developers lean into this theme as the Early Access roadmap unfurls. The more they can do to keep me grounded in this calm world, the longer I’ll want to stay in my cabin.

There’s other work to be done, too. Among Trees has no real story to speak of yet, so it’s lacking that long-term hook, and some elements – namely fishing – are too fiddly to fit the otherwise relaxing atmosphere. I finally figured out a reliable plan of attack (wait for a ripple, cast slightly past it, and immediately start reeling to get a fish on the line), but I still had this lingering sense that the mechanic wasn’t quite working as intended, to say nothing of bugs. There’s potential, though. Lots of potential.

After seven hours, I had crafted everything I wanted to and explored enough of the map for now. 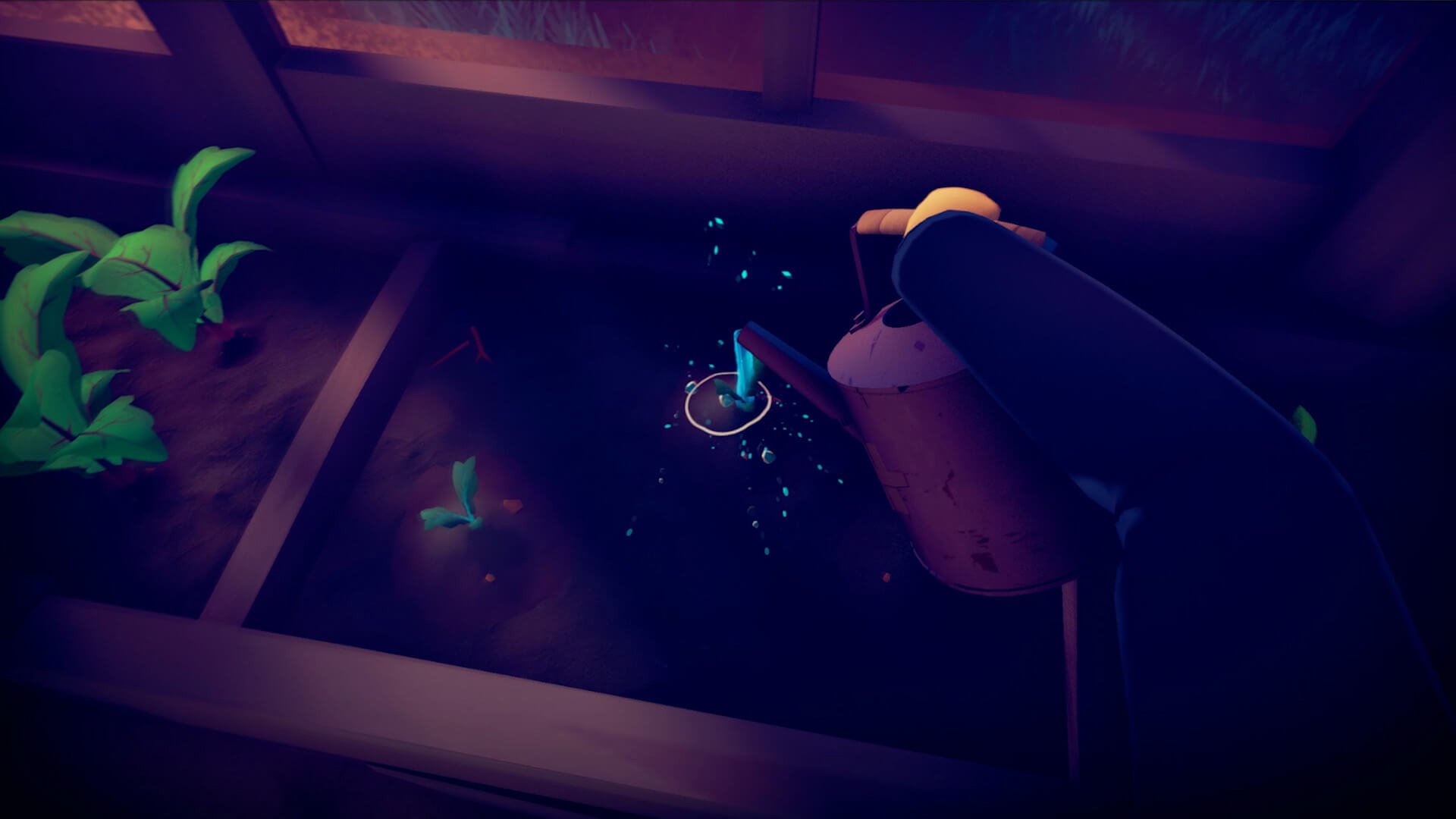 For as straightforward as Among Trees is – the biggest hurdle is sussing out certain elusive ingredients like chicory and cattails – it can be surprisingly tense at night. When the ominous ambiance kicks in, the temperature plummets, and you pull up your map only to realize you’re way farther from home than you really should be, there’s a low-key sense of danger and dread. It’s the right kind of stress.

Most of the time though, Among Trees is Nature: The Game. It’s chill, arguably to a fault.

You’ll see rabbits scamper around, birds perch on trees, ripples in ponds, and the infrequent but always majestic deer. The basic survival mechanics are serviceable enough to get the job done – nothing more.

If you’re thinking of playing Among Trees and you know you need extrinsic motivators to hold your interest, you’ll want to wait until the Early Access schedule is further along. If you’re down for a laid-back forest hiking game and you enjoy charting your own course just for the heck of it, give it a chance.