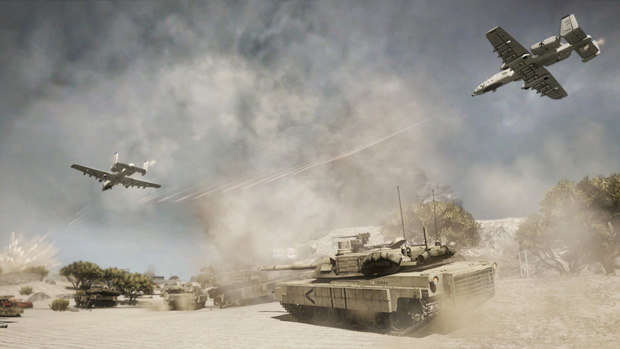 I’d sure hope so

GameSpy Technology is shutting down on May 31, 2014 and that’s real bad news for the many games that rely on the service for online functionality such as multiplayer matchmaking and leaderboards. It’s largely unclear what will come of these titles — it’s up to their developers to find a solution sooner than later, if at all. In the case of three Battlefield games, there’s hope.

Asked on Twitter if Battlefield 2, Battlefield 2142, and Battlefield: Bad Company 2 would be playable post-GameSpy, the official Origin account replied that “We’re working on transitioning those games after the shut down so you’ll still be able to play them.”

In a follow-up statement to IGN, publisher Electronic Arts said “We’re working on finding a transition, but still have technical hurdles to overcome. We will make an announcement when there is news to share.” Good. I’d hate to see Bad Company 2 go down because of GameSpy.