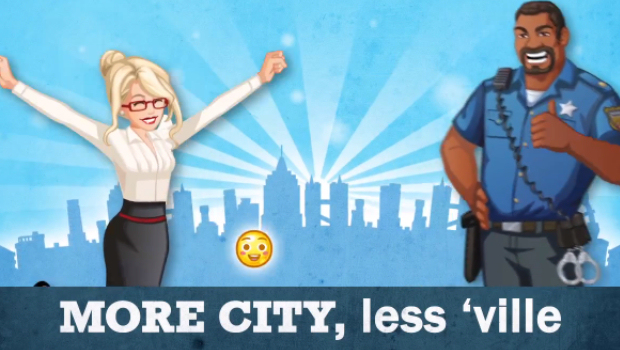 The supervillain slapfight of the century was initiated on Friday, with EA announcing that it would take Zynga to court for copying The Sims Social. Today, Zynga has fired its opening salvo in response, accusing EA of copying CityVille. Oh, this is delicious.

“We are committed to creating the most fun, innovative, social and engaging games in every major genre that our players enjoy,” Zynga claimed in a statement. “The Ville is the newest game in our ‘ville’ franchise — it builds on every major innovation from our existing invest-and-express games dating back to YoVille and continuing through CityVille and CastleVille, and introduces a number of new social features and game mechanics not seen in social games today.

“It’s unfortunate that EA thought that this was an appropriate response to our game, and clearly demonstrates a lack of understanding of basic copyright principles. It’s also ironic that EA brings this suit shortly after launching SimCity Social which bears an uncanny resemblance to Zynga’s CityVille game. Nonetheless, we plan to defend our rights to the fullest extent possible and intend to win with players.”

EA has earned some kudos from gamers after picking on a more hated enemy, and Zynga’s unlikely to win many friends for hitting back, but this whole thing is tough to gauge. What Zynga does is sleazy, but I’m not sure I like the idea of developers being sued for using gameplay ideas, no matter how shameless they are. I worry about the potential precedent that such a broad suit could set.

If EA wants to sue just over the potentially stolen assets, that’s cool. If it pushes for the whole concept, that makes me just a tad nervous.