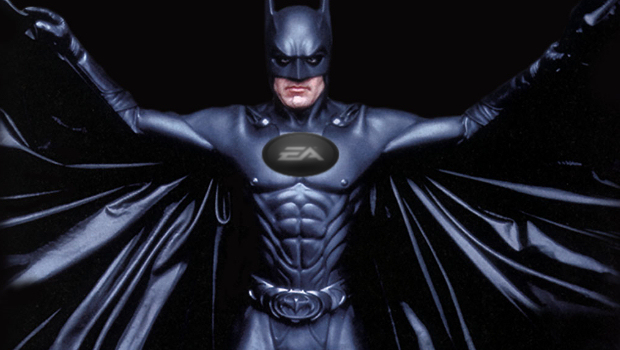 Electronic Arts’ delusions of grandeur have reached new heights this week, as the company continues to milk its lawsuit against Zynga for cheap applause and gamer cred. Its latest claim? The lawsuit positions Electronic Arts as the industry’s very own Batman.

“When we looked at The Ville we felt somewhat affronted by what we saw as copyright infringement,” COO Peter Moore told Eurogamer. “We also feel from an industry perspective that a number of these things have happened before related to Zynga, but there’s never been a company that has the wherewithal and the resources to take it to the next level. We do.

“So, we’re defending our Maxis studio, and we’re standing up for the industry. The roots of what we do as an industry is creative, from the minds of people who sit there and build storylines and characters and mesh it all together and work hard to do it. You take years to do that. And when you see somebody, quite frankly, take months replicating what you’ve done, you’re upset. We were upset. We were upset for Maxis.

“And we’ve seen enough of it from an industry perspective,” he continued, “with smaller publishers and developers who also put their hands up and said, this is not right, but I don’t know what to do about it. We do.”

That’s Electronic Arts for you, always standing up for the little guy and defending studios that can’t fight back. Forever resolute against copycat games and ensuring creativity reigns. If there’s ever a studio that’s earned the support of gamers, it’s Electronic Arts, your friend!