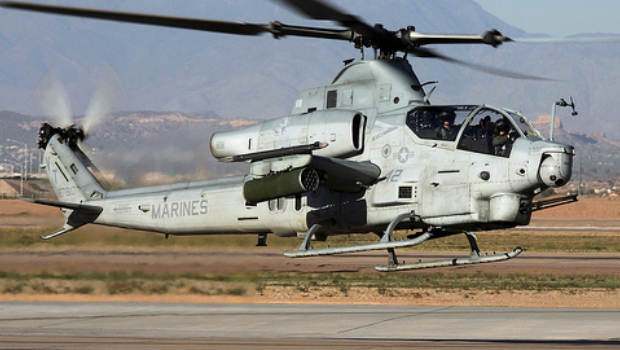 Electronic Arts has filed a preemptive lawsuit against aircraft manufacturer Textron, hoping to invoke First Amendment laws and justify the use of real-life helicopters in Battlefield 3.

Three helicopters appear in the game — the AH-1Z Viper, UH-1Y, and V-22 Osprey — none of which were licensed by Textron’s subsidiary Bell. EA was in talks with Textron to reach a resolution, but those talks broke down. The game publisher feels it shouldn’t have to seek a license to use the likenesses of the vehicles, citing fair use.

Electronic Arts hopes to exploit last year’s official ruling that videogames were protected by free speech laws. It has succeeded in the past, getting away with using college football players’ likenesses without permission. EA asserts that the appearance of the vehicles do not constitute an endorsement by the maker, and that the helicopters are given no greater prominence than any other in-game vehicle, appearing simply for realism’s sake.

I always love seeing big publishers in these lawsuits, knowing how quickly they’d jump on the other side of the argument if it was their property being used. Of course, I admit my respect for free speech in games has been soured lately, given the hypocrites who won the ruling. Ah, sweet cynicism.