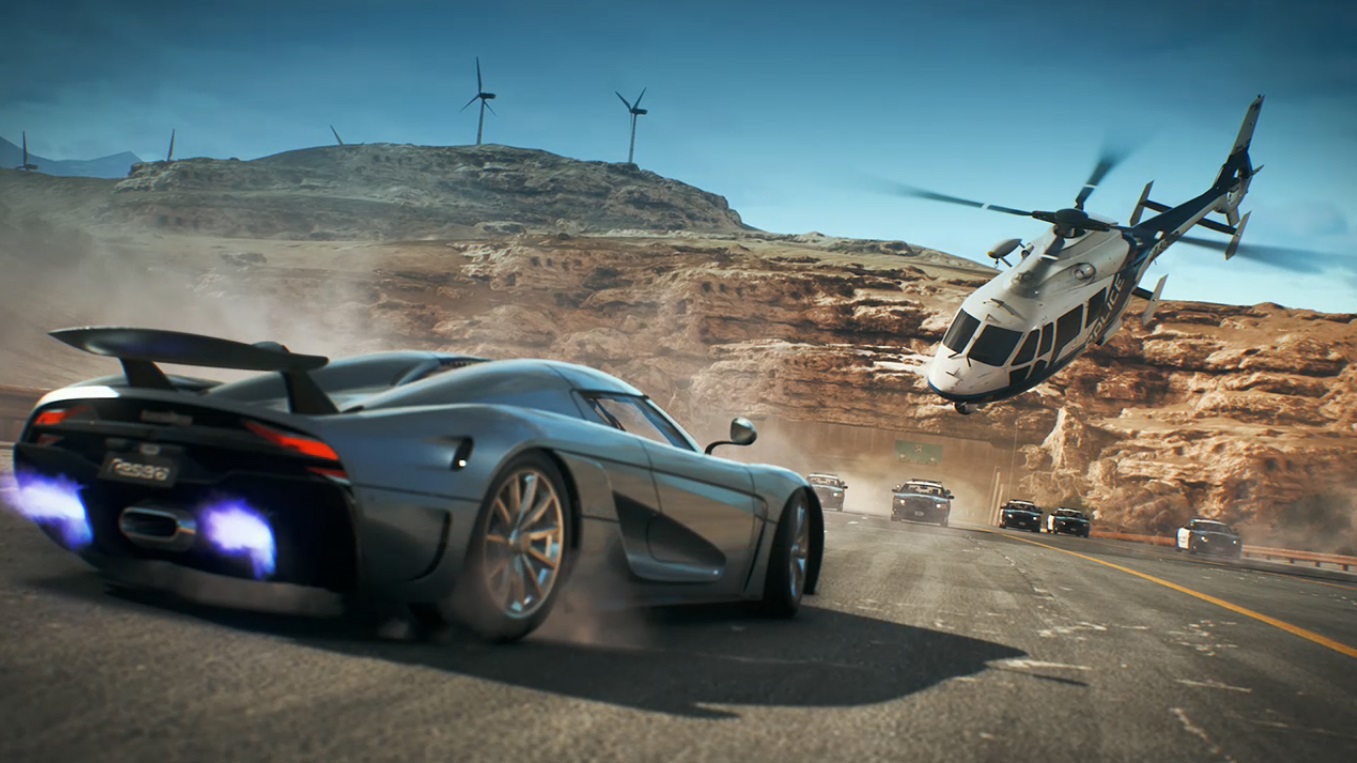 The speedy and the really angry

Electronic Arts showed off a new trailer for Need For Speed: Payback at their E3 conference today, introducing the characters you’ll be playing as and demonstrating one of the game’s missions. The title appears to be heavily influenced by the Fast and Furious movie franchise, giving the racing a story and tasking the player with taking down a corrupt casino in between smashing up tons of Detroit steel and outrunning the police.

The three characters are named Tyler, Jess and Mac, and the mission on display had two of them pursuing a semi trailer through a southwestern desert, taking down pursuit vehicles before jumping to the trailer’s side to swipe the supercar within. The open world structure looks like it borrows some ideas from the Burnout series, although Need for Speed Payback will use the Frostbite engine, and Ghost Games are behind this title rather than Criterion.

Before the trailer, one of the game’s producers spoke about the premium his team placed on customization, both visual and performance, and that you’ll be able to find junkers in barns throughout the map that can be upgraded into supercars. If you want to play a Fast and the Furious game on your console, this might be as close as you’ll be able to get for now. Need for Speed: Payback will launch November 10, 2017.