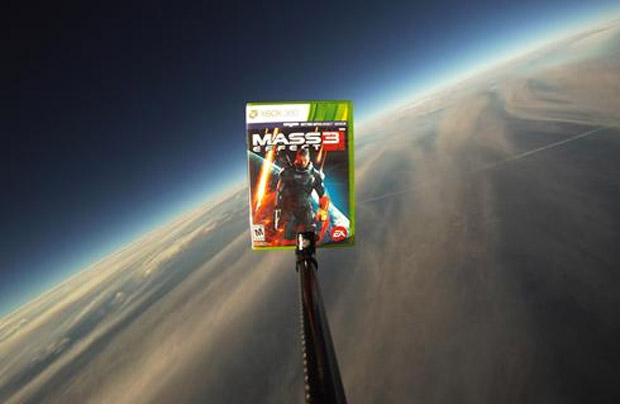 It wasn’t long ago that if you wanted an early copy of a popular videogame, all you had to do was travel to the nearest mom-and-pop game store a few days before street date. At least for Mass Effect 3, the ordeal has turned into a race against the rest of the Internet.

Using weather balloons, Electronic Arts is sending copies of ME3 to space, complete with GPS devices attached. The games — which are being released from New York, San Francisco, Las Vegas, Berlin, London, and Paris — will apparently be trackable from the official website, though I’m not seeing it yet.

This is a fun idea in theory, but I feel like someone is going to get hurt. We’re a vile bunch, sometimes.