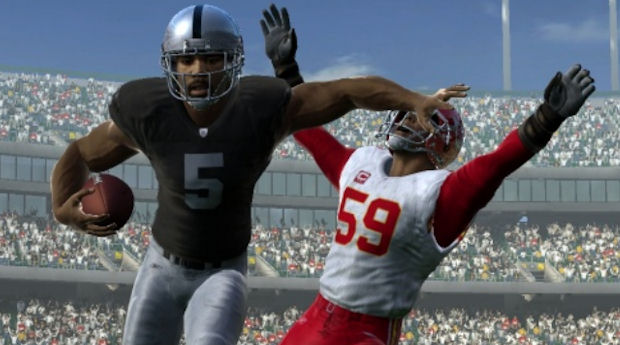 America loves two things — NFL and lawsuits. So, when these two entertaining entities meet, you have the ultimate American dream. Roughly 6,000 former NFL players are taking EA Sports to court over what they allege is the unlawful use of their likenesses in Madden NFL 09.

EA Sports “knowingly and intentionally” created a number of historic football teams in a sneaky way that avoided having to pay licensing fees. One retired footballer, Tony Davis, claims that the publisher used the exact stats of players, including height and weight, but changed the names and jersey numbers to get out of stumping up the cash.

“Despite EA’s ‘scrambling’ of the retired NFL players’ numbers, the games are designed so that consumers of the Madden NFL video game franchise will have no difficulty identifying who the ‘historic’ players are,” claims the suit.