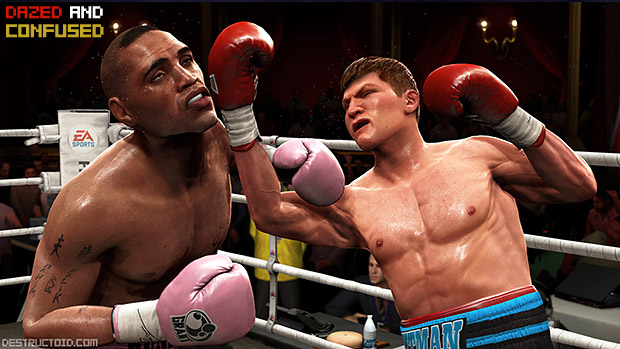 Until now, we’ve only known about 12 of the 45-plus boxers in Fight Night Round 4 (eight heavyweights and four others). But earlier this week, in the third roster reveal, EA Sports told us about nine fresh faces. The newest additions to the game are: Manny Pacquiao, Miguel Cotto, Ronald “Winky” Wright, Emmanuel Augustus, Nate Campbell, Corey Spinks, Vivian Harris, Kermit Cintron, and Ricky Hatton.

To go along with the announcement, we’ve got twenty screenshots of the nine pugilists for you to analyze. They’re in the gallery below. As for details on the game itself, check back on May 8th for a preview.