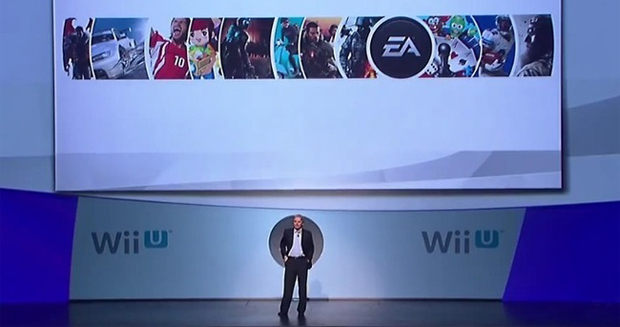 We already knew that EA wasn’t working on any Wii U games, but we weren’t made privy to the exact reasons for that decision. Other than the puzzling report that EA’s Frostbite 2 doesn’t test well on the console (despite the fact that it runs fine on less powerful consoles like the 360), we had nothing to go on regarding the cause of  EA’s passive neglect. It’s not like a big publisher to come right out and say what they feel. That’s what Twitter is for.

Bob Summerwill, Senior SE and Architect at EA Sports went on a recent Twitter-tirade packed with bad feelings about Nintendo’s latest, including such gems as “The WiiU is crap. Less powerful than an XBOX360.Poor online/store. Weird tablet. Nintendo are walking dead at this point.”; “It is an utterly intentional decision to focus our resources on markets which actually matter … like mobile, and Gen4″;  “Nintendo are still operating like it’s 1990.They should have ‘done a Sega’ and offered Mario/Zelda as PS4/Durango exclusives.”; and “One more :-). Nintendo platforms have always been very poor revenue-wise for third parties.Only Mario and Zelda make money.”

As you might expect, those tweets and all evidence that he works for EA have since been deleted from Mr. Summerwill’s account, and his profile is currently being inundated with hostilities, corrections, and challenges. While I don’t think any of his assertions (or much else from EA these days) holds water, I applaud him for being so open in his summation of the Wii U, and hope that he won’t be too badly punished by his corporate overlords for this bold display of humanity.

EA employee badmouthing Wii U on Twitter – System is crap, Nintendo should have ‘pulled a SEGA’ [GoNintendo]