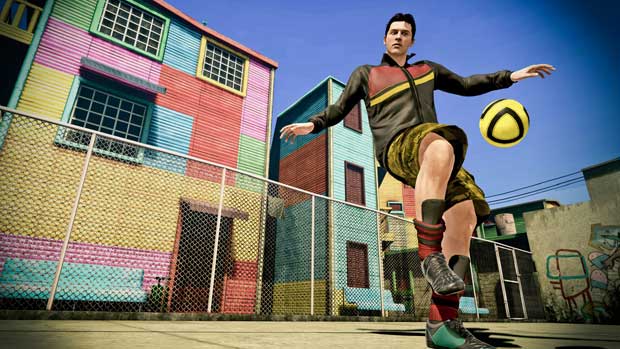 EA Sports has announced that it’s developing an “authentic street soccer” game for Xbox 360 and PlayStation 3.

It’s called EA Sports FIFA Street and… wait, what? Didn’t they already release three games in a FIFA Street series that featured arcade-style, over-the-top gameplay? Sure, but this is a different game, though.

The game is being developed by the same team behind the FIFA series, using technology from those titles. It’ll feature one-on-one games, as well as larger five-on-five games… on the streets!

Sounds like an interesting alternative to the standard FIFA Soccer games EA Sports releases. It’ll be out early next year; FIFA Soccer 12 launches next month.