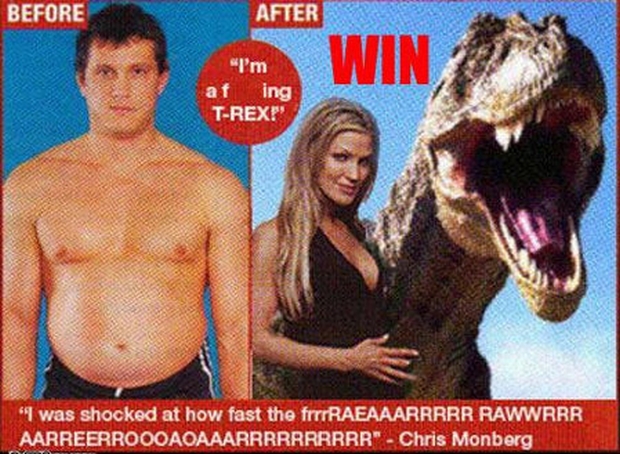 SuperAnnuation, our favorite Web site that videogame companies most likely loath, has come across the work of Sean Quinn. Previously, Sean has worked on various EA titles such as Rugby, Grand Slam Tennis, NHL 08 and EA Sports Active … for the Xbox 360 and PlayStation 3. Yes, it looks like EA Sports Active could be coming Sony and Microsoft’s console down the line.

So why haven’t we heard anything about the project yet? Most likely because EA is waiting to announce things closer to the release of Natal and Sony’s Arc/wand motion tech. It’s highly likely that EA Sports Active will be making use of the new motion tech, otherwise what would be the point of playing the game?

Sean Quinn’s resume also mentions DLC has been planned for EA Sports Active on the PS3 and Xbox 360, which isn’t surprising at all since this is EA we’re talking about here after all.

Believe it or not, I’m looking forward to this. I’ve been on a big health kick lately and I wouldn’t mind getting ripped like a T-Rex.