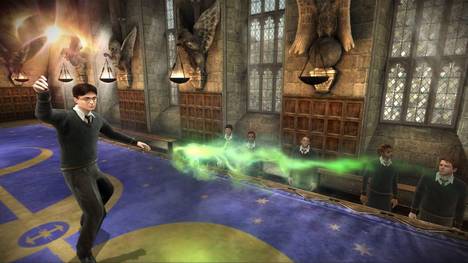 I have a confession to make. I like Harry Potter. Well, I like the movies anyway. Emma Watson is hot. What? She’s 18 now. I can say that.

Er, anyway, I played the Wii version of the upcoming Harry Potter and The Half-Blood Prince game based on the upcoming movie. I got to check out some of the new features as well as having some hands-on with the new magical duel mode with the extremely happy Flynn DeMarco from GayGamer (I kicked his ass!).

Hit the jump to read all about it.

There are basically three new features for the new Harry Potter. First, there’s a potion making aspect. In the new movie, Harry is going to learn how to make potions (I guess) and you’ll have to mix things together to make spells (or soup).

Next up is the return of the Quidditch game. The last time a Quidditch game was made was back in 2003 and they’re finally bringing it back and thankfully, not making it a separate game as a way to sneak in extra cash from crazed Harry Potter fans.

The main mode that they were showing off was the Dueling mode. Two players will stand on a table and shot sh*t out of their wands. It’s actually a fun little mini-game, but it’s presented very weirdly. I only saw one camera angle that’s positioned right behind Harry. You can see (the back of) Harry just fine, but the other player is pretty far off in the distance. Not that it really hurts the gameplay. 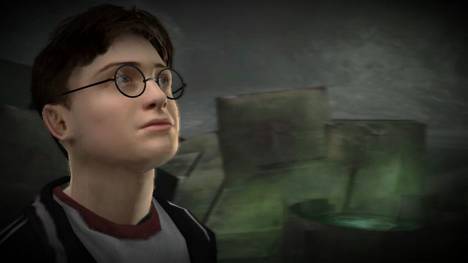 It’s a very simple mini-game, but oddly very fun. Maybe it’s just because I was schooling Flynn DeMarco, but I actually had fun with it.

Harry Potter and The Half-Blood Prince will be coming to the Wii, PlayStation 3, Xbox 360, PS2, PSP, DS, PC, Mac, and mobile around the time the movie is out. News broke over the weekend that the movie has actually been delayed until July. The game will pretty much be ready by then as the movie was originally coming out this November.