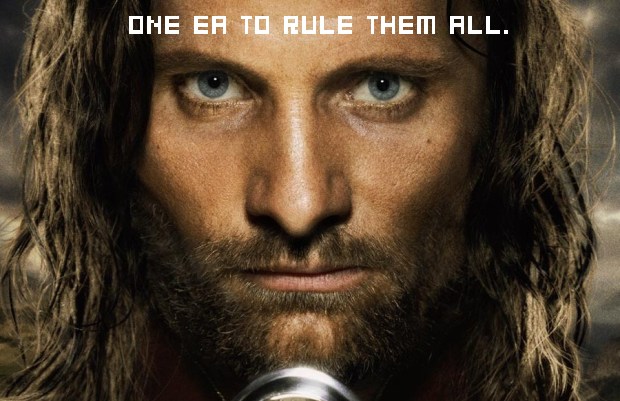 The whole EA/Take-Two almost became a joke (and a waste of ink) it got so drawn out. EA would try to buy Take-Two, Take-Two would reject them, EA would come back, Take-Two would reject them again. It finally all settled with EA giving up hope and Take-Two not being bought. It got a little tiring, really. Why are we bringing it up again? Because someone else has, so don’t blame us. 3D Realms’ Scott Miller says EA needs to try again.

“I’m actually impressed with some of EA’s recent tries at new IP, such as Dead Space, Army of Two, and Mirror’s Edge,” he told Gamesauce. “I hope that the lukewarm sales of these games do not cause them to stop trying to take big swings with new properties. EA really does need to broaden the number of game brands it can rely on—big hitters like a Call of Duty, Gears of War, GTA, and so on. What’s the real shame for them is that they were vigorously pushing for new brands during their recent heyday of soaring stock and untold riches. Like so many other market leaders, they rested on their laurels while Activision—doing its best Avis impersonation (“We’re #2, but we try harder”)—out-EA’ed EA.”

He continued, “EA’s only chance, in my opinion, is to acquire Take-Two and add GTA, Max Payne, Duke Nukem, Bioshock, and Civilization to it’s lineup. In fact, they tried acquiring Take-Two already last year. They need to try again.”

I think we’re all upset by EA’s lack of sales for their new IPs since most of them were trying to do some new things and were also good games, but the sad truth is you need money to take risks like that. I’m not sure if EA can do it though, especially with Rockstar being part of the deal. We all know how hard it is to breach the gates of Mordor.