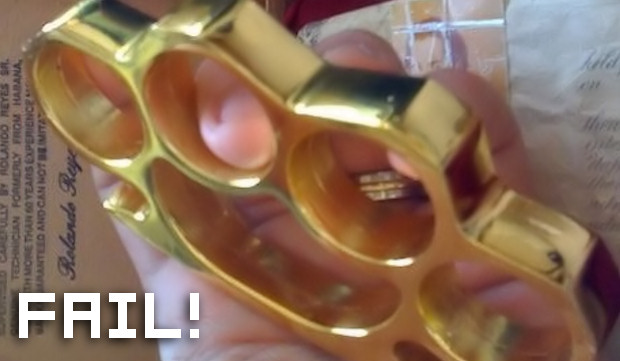 The concept of consequence has never been fully grasped by videogame PR. Whether they’re putting severed limbs around London or sacrificing goats, you can always count on marketing bods to do something stupid in the name of promotion. Take EA, for example, who has had to recall the illegal weaponry it sent out to press along with Godfather II.

For some mad reason, Electronic Arts believed that sending a set of brass knuckles with its game was a clever idea and that there wouldn’t be any trouble as a result. Now it’s had to ask them back, since possession of these “novelty brass knuckles” is a misdemeanor in a number of states.

Destructoid received an early copy of Godfather II, so remained knuckle-free. Kotaku, Joystiq and GamePolitics, however, are awaiting the arrival of pre-paid shipping material so they can return their offensive weapons to EA. It is unclear whether or not EA has already been brought to task by authorities, or if someone in the office actually grew a brain and realized preemptively that this stuff needs to be disposed of.