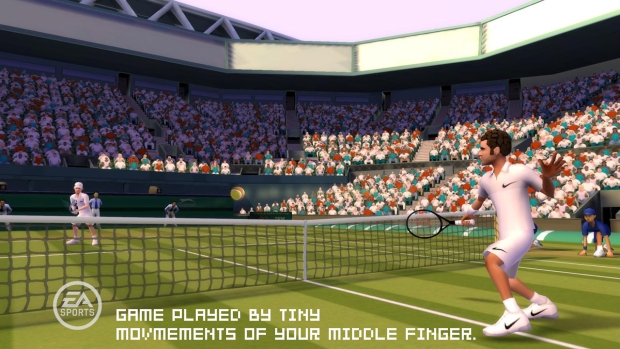 We can get all up in arms about how the Wii should have had one-to-one motion controls since the launch of the system, and how Nintendo will be making a killing over yet another add-on for their little white box that could, but we all know that once Wii MotionPlus hits, we’re going to be waving our arms like maniacs and enjoying games like Grand Slam Tennis. Or will we? Cue dramatic music.

It seems that one-to-one controls don’t always make for the best gaming experiences. In talking with TechRader, Grand Slam Tennis producer Thomas Singleton said the dev team had to scale back the responsiveness of the controls in order to make the game fun. “At times it’s overly responsive. It had so much fidelity that at times we have limited that fidelity to make it a compelling experience and giving you full total control,” Singleton said.

I suppose too much sensitivity could be a problem, but it sounds more like a good thing than a bad one here. If a dev can tweak the sensitivity up and down to work for their game, as EA is doing here, then a control with high fidelity is a great thing and it’s up to designers to make it work for their games. Now, if they’ll take the time to do that is an entirely different question.