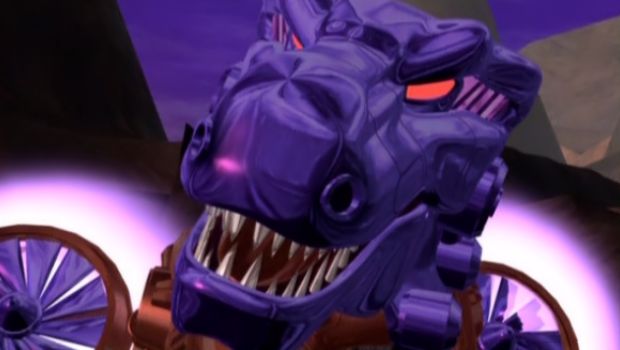 Shortly before the reveal of Xbox One, Electronic Arts finally announced it was scrapping its dreadful Online Pass system, due to “listening to the public.” While the Xbox One’s DRM-fueled strategy renders the Online Pass obsolete, EA is adamant that’s not what drove its decisions.

“We’re not crafting a strategy to bring [Online Pass] back, you will not input codes to unlock your game, it’s not going to happen,” said EA Labels boss Frank Gibeau, before going on to say the system was “flat out dumb.”

“The amount of money that we made, it didn’t replace the amount of frustration we put on our customers and it didn’t offset the reputation damage it caused the company. So we said ‘it’s not worth it,’ and so the idea was, look, ‘don’t do stuff like that anymore.'”

According to the executive, EA has learned not to act like a caveman with a club when dealing with used games, attempting instead to play a more patient strategy.

“Do used game buyers of FIFA participate in Ultimate Team? Yeah. Is it possible they might buy DLC? Yeah,” he continued. “Frankly, we’re being more nuanced and sophisticated about it. Before we used a blunt instrument. Now we’re going to be like ‘Look, they own it, they bought the disc and it’s theirs. They have a legitimate right for not doing anything illegal.’

“If we want to be progressive about it, we will make online services available to them that if they want to buy they can, but they don’t have to. At least that way we participate in some monetization. The reputational damage [Online Pass] was causing us was in excess of the dollars we were making.”

The decision to scrap Online Passes apparently came about thanks to acting CEO Larry Probst, which may indicate the recent departure of John Riccitiello will lead the company to greener pastures. One can only hope.

Electronic Arts has famously won The Consumerist’s “Worst American Company of the Year” award for two straight years, and despite the publisher trying to appear aloof, it’s clear that execs like Peter Moore are bothered by it. Making a quick million immediately is great, and EA made that off its passes. Keeping happy, sustainable, long-term customers isn’t as easy, but is far more important. It’s possible EA may just be scoring brownie points now, but one has to wonder if those in charge aren’t finally worried their reputation is in dire straits.

At the very least, EA’s got to be happy with the fact Microsoft’s well on track to stealing its Consumerist trophy next year.

Of course, I’ve been saying Online Passes are bad for everybody for months. Ever since the first one was implemented by the now-dead THQ, in fact. It’d be easy to take EA’s statements with cynicism and smugness, but instead I’ll simply say … okay. Okay EA, you’ve said some nice things here, and now we will have to wait and see if you can prove it.

I hope you do.