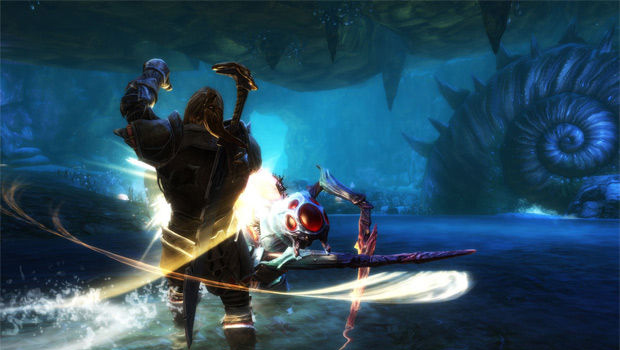 EA says they’d love to see a Kingdoms of Amalur: Reckoning sequel despite rejecting the project in March, according to a source on the development team.

EA labels President Frank Gibeau said he’d “love to be a partner for [a Reckoning sequel].” Hurrah for big budget sequels! But, there is someone that has a problem with this statement and that someone is a developer who worked on the game.

“[Electronic Arts] had first right of refusal and passed back in March,” the unnamed developer told Game Informer in a recent interview.

This paints a confusing picture but one that fits in wonderfully in the maelstrom surrounding this franchise after developer layoffs and the following drama. While it’s not anything new to find a major publisher saying one thing and doing another, this is one of the rare instances where EA got caught red-handed doing it. Maybe Gibeau just had a change of mind or forgot his prior decision. In either case, the future of Reckoning still seems uncertain.