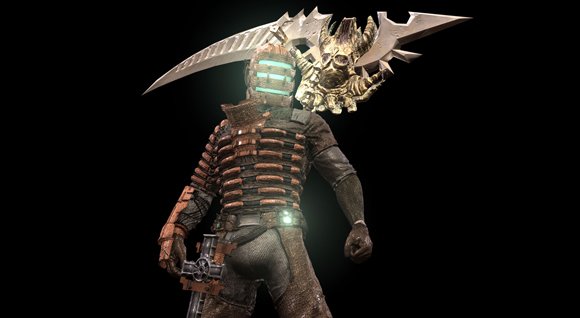 Europeans, rejoice! Looks like your version of Dante’s Inferno will be better than the American version. How so? Dante’s Inferno Death Edition will feature lenticular artwork, a few documentaries, the full soundtrack, a digital copy of The Divine Comedy and a ten minute preview of Dante’s Inferno: An Animated Epic. Best of all, you’ll be able to play Dante’s Inferno wearing Isaac Clarke’s outfit from Dead Space.

Euro folks will also get to play the “Gates of Hell” demo that was released this past week in America on December 24 on both the PlayStation 3 and Xbox 360.

The press release that went out with this Death Edition news states that the content will be exclusive to PAL gamers. So no Dead Space costume for Americans? Eh, Electronic Arts will most likely have the outfit for sale the day Dante’s Inferno is released.