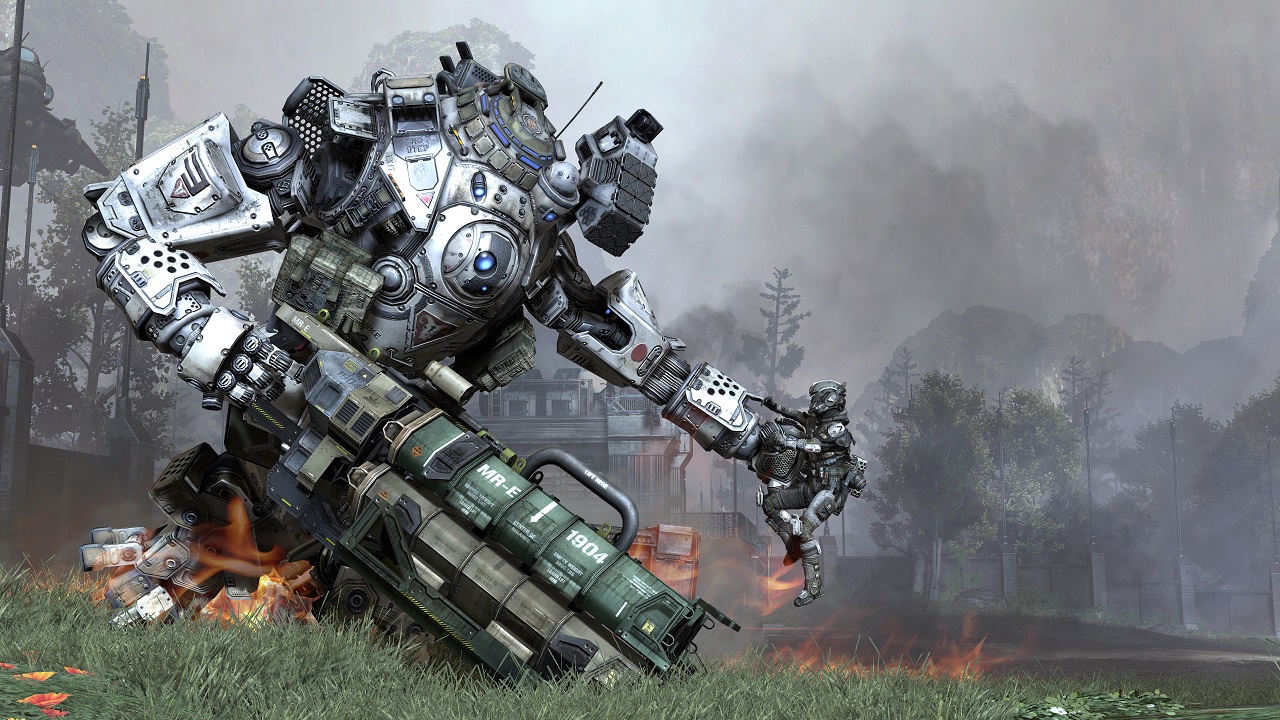 Electronic Arts plans to release not one, but two major shooters in this year’s holiday season. Last Friday, we officially learned of Battlefield 1 which is set to launch on October 21. During that same quarter, Titanfall 2 is expected to release.

As a part of EA’s informative report to investors, a fiscal year game schedule was attached. Right alongside Battlefield 1 is Titanfall 2. Also confirmed is a consoles and PC release. Order of appearance in the graphic means nothing, as they’re listed alphabetically.

In February, we had an inkling that a 2016 release was possible because of a line of associated toys. It was the type of news that could easily be debunked by a misinformed listing. Given that EA is comfortable conveying the same information to its investors, it seems like that was probably spot on.

What we know about Titanfall 2 is very limited to this point. That should change soon with the publishers E3 press conference little more than a month away. There, we’ll likely see plenty of Battlefield 1, Titanfall 2, and Mass Effect: Andromeda. It’ll be a busy E3 for a company that decided it doesn’t need to do E3 anymore. 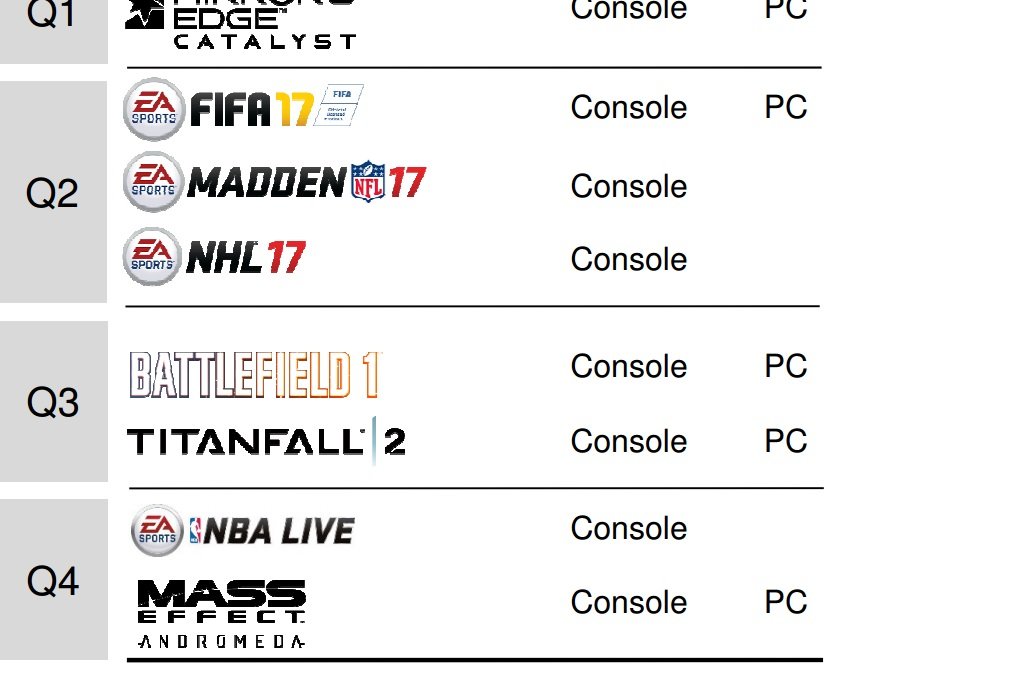